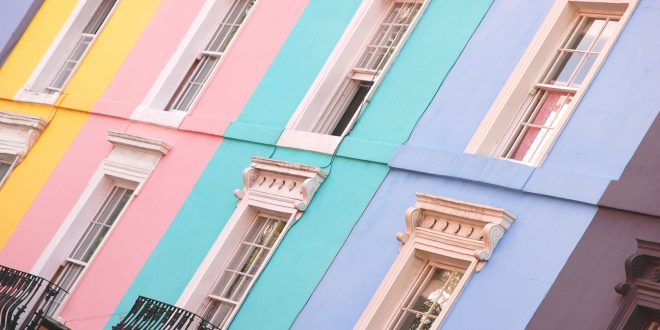 Not since the 1950s has there been authoritative consideration of Estate Agents’ contracts. In Dennis Reed Ltd v Goody [1950] 2 QB 277 the Court of Appeal considered whether an agent who was engaged to find ‘a person ready willing and able’ to purchase the owner’s property was entitled to commission where the purchaser he found pulled out before enforceable contracts were exchanged. He was not as Lord Denning observed, ‘the common understanding of men is that the agent’s commission is payable out of the purchase price’, so although he is entitled to commission if his introduction is the efficient cause in bringing about the sale, it is only payable on completion of that sale.

Of course if there is clarity in the agent’s contract about the commission being triggered by some different event, that clear interpretation must prevail. In Midgley Estates v Hand [1952] 2 QB 432 the agent’s contract provided for commission to be due once the purchaser had signed ‘a legally binding contract’. Although the purchaser failed to complete, the trigger event for the entitlement to commission was nevertheless apparent from the contract. This is now the standard arrangement in estate agency contracts, although disputes often arise where the agent fails to ensure that its standard terms and conditions are incorporated.

The importance of establishing the trigger event had been emphasised in the well-known case of Luxor (Eastbourne) Ltd v Cooper [1941] AC 108, in which the agency contract provided for commission ‘on completion of the sale’. In that case no sale resulted even though the agent introduced a willing purchaser, because the owners changed their plans. This fact was insufficient to displace the clear contractual trigger event, the House of Lords rejecting the agent’s argument that a term must be implied to the effect that the owner would do nothing to prevent the satisfactory completion of the transaction.

These authorities were recently considered afresh by the Supreme Court in Wells v Devani [2019] UKSC 4. The Respondent, Mr Wells, was a retiree resident of Andorra.  In 2007, he completed the development of a block of flats in Hackney under a joint-venture agreement. By 2008, seven flats remained unsold.

Having spoken of his difficulties in selling the remaining flats, a neighbour offered to put him in touch with a property investment company in London. Mr Wells agreed, and was subsequently contacted by the Appellant, Mr Devani, a real estate agent based in Kilburn.

On 29 January 2008, the parties discussed the flats by telephone. After rejecting Mr Wells’ ‘strikingly different’ account of what was said, the trial judge found that Mr Devani told Mr Wells he was an estate agent and would charge commission at 2% plus VAT, and that the parties had intended to create legal relations as agent and principal on Mr Devani’s terms.

Shortly after, Mr Devani made contact with a potential buyer, who subsequently met with Mr Wells and his partner in the joint-venture. A purchase price of £2.1 million was agreed, and Mr Wells informed Mr Devani of the sale.

Mr Devani responded by email. Making reference to his commission fee, he requested that the relevant solicitors’ details be provided so that an invoice could be prepared. Mr Devani’s terms of business were also attached, which provided in relevant part:

“I am required by section 18 of the Estate Agents Act 1979, as amended to set out our terms of business prior to you formerly [sic] instructing our company.

A commission of 2% + VAT (Multiple Agency) of the eventual sale price of the property.

The commission will be due on exchange of contracts with a purchaser, but payable from the proceeds of sale by your conveyance, with your written authority.”

Mr Wells disputed Mr Devani’s right to commission on two bases: (i) there was no binding contract to engage Mr Devani as an agent because the terms of the agreement between them were too uncertain; (ii) Mr Devani had failed to comply with s 18 of the Estate Agents Act 1979, which rendered any agreement unenforceable or that any sum due to Mr Devani had been discharged or reduced in light of the prejudice suffered by Mr Wells.

The trial judge, HH Moloney QC, accepted that the claim depended on what agreed in the telephone conversation of 29 January 2008 and that, although the parties had agreed that Mr Devani would act as an agent, there was no express agreement as to the precise event which would trigger Mr Devani’s entitlement to commission. However, the judge held that the law would imply the minimum term necessary to give business efficacy to the parties’ intentions.  Thus, the judge found that the least onerous term for Mr Wells, and which no bystander would dispute, was that commission became payable on the completion of the purchase.

As for s 18 of the Estate Agents Act 1979 Act, the judge found that Mr Devani had culpably failed to comply with his statutory obligations. Having regard to the degree of culpability and prejudice suffered by Mr Wells, the judge found, it would be just to permit Mr Devani to enforce the agreement reduce the fee payable by one-third to compensate Mr Wells.

The Court of Appeal allowed Mr Wells appeal on the issue of whether there was a binding contract. Lewison LJ, with whom McCoombe LJ agreed, found that the judge’s approach could not be justified on three grounds:

(i) although the law can imply terms into a contract, this assumes there is a complete contract into which the terms can be implied. Where there is no such contract, it is not legitimate under the guise of implying terms to make a contract for the parties;

(ii) there is a variety of events which could be identified as the trigger event giving rise to an estate agent’s entitlement to commission, which is of critical importance. Identifying the trigger event is therefore essential to the formation of legally binding relations;

(iii) it followed that unless the parties specified the event, the bargain remained incomplete and it would be wrong in principle to turn an incomplete bargain into a legally binding contract by adding expressly agreed terms and implied terms together.

As for the claim under the Estate Agents Act 1979, the Court of Appeal unanimously dismissed both Mr Wells’ appeal and Mr Devani’s cross-appeal. Although some criticisms were made of the way in which the judge had dealt with elements of culpability and prejudice, it could not be said that the judge’s overall value judgment was wrong.

The Supreme Court reversed the decision of the Court of Appeal, and came to the same conclusion as the trial judge. Lord Kitchin began with the question of whether there was a binding contract. RTS Flexible Systems Ltd v Molkerei Alois Müller GmbH [2010] UKSC 14 held that this question requires:

“consideration of what was communicated between [the parties] by their words and their conduct and whether, objectively assessed, that led to the conclusion that they intended to create a legally binding relationship and that they had agreed all the terms that the law requires as essential for that purpose.”

Although the trigger event was not specified, the parties clearly had intended to create legal relations on the basis of agent-principal with commission at 2% plus VAT. From this, the only sensible interpretation of the conversation on 29 January 2008 would be that commission would be payable upon completion and from the proceeds of sale, as is usual in transactions of this kind.  This interpretation was supported by Dennis Reed Ltd v Goody and Midgley Estates v Hand, and Lord Kitchen disagreed with Lewison LJ’s view that the emphasis placed by the House of Lords in Luxor (Eastbourne) Ltd v Cooper on the importance of establishing the trigger event meant that it was a critical element of the contract, and unless that event was expressly agreed, it could not be implied.

Thus, the Supreme Court found that the contract was complete as a matter of contractual interpretation, and the trigger event was completion of the sale.

The case is also important for its consideration of s.18 of the Estate Agents Act 1979, a provision rarely the subject of judicial scrutiny at such a high level. The Supreme Court endorsed Lewison LJ’s view that the Court’s consideration of both culpability on the part of the agent, and prejudice to the client, had to be considered together as an overall value judgment, measured against an imprecise standard. That was essential in considering whether, at the first stage of the test laid out by s.18, the agent should be entitled to enforce the agreement at all. If satisfied that the agreement should be enforced, but with a reduction in the sum claimed, that reduction must then be assessed based on the prejudice caused to the client. Neither culpability, nor any other considerations of justice, are brought into play at that second stage. Provided that basic structure is followed, the degree of latitude granted to the judge is broad, and it seems any judicial analysis will be hard to challenge, and therefore hard to predict in advance.