Home > If it’s in the bundle, it’s in evidence

If it’s in the bundle, it’s in evidence 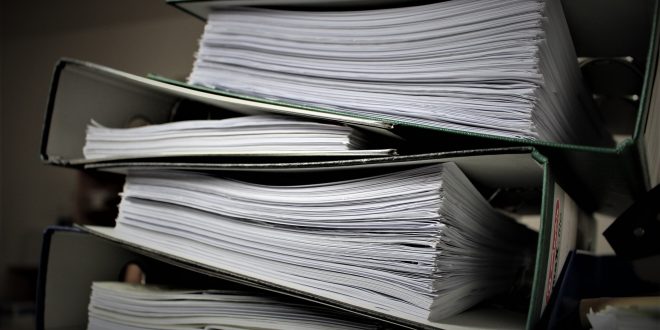 A recent trial in the County Court in Central London has confirmed that any document in the trial bundle is in evidence, irrespective of whether it is adduced to a witness statement.

Apologies in advance for providing a more detailed background than you might expect to read, but it will underline to you just how unusual this case (Cowley Property Investments Ltd v Oxford Karting Ltd) was.

The D was a company which had run a karting business inside the track at a former greyhound stadium in Oxford since around August 2011. The D had been incorporated to take over the business of a former tenant (“K”) by its remaining director, following the death of the other director and sole shareholder. There had been no formal assignment of K’s 2007 lease and no agreement as to the terms of the D’s tenancy.

At this stage the stadium was owned by GRA Ltd (the Greyhound Racing Association), which subsequently stopped using the stadium for dog racing at the end of 2012. About 6 months later, it sold the site to GRA Acquisition Ltd, with a view to the development of the site for residential housing in conjunction with Galliard Homes Ltd. The C was an SPV, apparently incorporated the day before it then purchased the freehold on 07.09.16, subject to occupational leases.

The Part 7 Claim was a somewhat unusual one: –

i)  Firstly, notwithstanding that the C shared common directors with its predecessor and the same individual from Galliard had acted as a managing agent since GRA Ltd had owned the stadium in 2012, it sought a declaration “as to the basis and terms of the D’s occupation”, apparently because, as a successor in title, the C had no knowledge of the D’s occupancy;

ii)  Secondly, it brought a claim for £73k odd in respect of utilities bills, either by way of an indemnity clause in a lease granted to K, which depended upon the Court interpreting the clause as including such liabilities, or by virtue of an unparticularised restitutionary right, which somehow supplanted the contractual landlord and tenant relationship.

The Particulars of Claim consisted of a series of conditional pleadings, where the C did not advance a positive case, but seemingly responded to what may be alleged by the D about its tenancy. For example, “if it be alleged that the D took an assignment of the 2007 Lease prior to its expiry…then the same is admitted”.

The Defence took issue with this form of pleading and in the C’s Pt 18 Replies the basis of the C’s case could be found: “…the C is aware (in general terms) that the D was a successor to K’s business and assets, and is therefore quite happy to admit that the D’s occupation of the Property was (whether as a result of an assignment or as a result of a surrender and regrant) on the same terms as K occupied the Property”.

The D accepted that if it occupied pursuant to a surrender and regrant, its terms of occupation would be those which K enjoyed in August 2011. This had been its position in correspondence with the C’s predecessor in title since April 2015, where it had explained how and why the terms of K’s lease did not reflect K’s actual tenancy.

Three days before the trial, the C discontinued its claim for the utilities debt. Then, just before close of business two days before trial, the C’s counsel indicated that the C would not call any of its three witnesses, two of whom dealt exclusively with utilities, but the third was the managing agent.

Just as in the Particulars, in the C’s trial skeleton, it sought to reverse the burden of proof and alleged that the D should prove the terms on which it occupied the stadium. Whereas, the D said that, in reality, either:

b)  the C is simply advancing no positive case on what declaration the Court should make and it is unclear on what basis it can dispute the D’s evidence.

In the course of C’s opening and in response to a (misguided) pleading point, the D hypothesised just how the C would prove its right to a declaration if the D called no evidence either. The D was promptly put to an election by C’s counsel. And so, the case proceeded with neither party calling any witnesses!

In closing, the C set out for the first time the precise wording of the declaration it sought, effectively in the terms of paragraph a) above. Then, having made no reference to them in opening, the C then sought to rely upon a suite of documents in the trial bundle to prove its case.

In a reserved judgment, HHJ Baucher sitting in the County Court in Central London held that pursuant to Practice Direction 32 PD 27.2 the documents in the bundle “were admissible as evidence of their contents”.

She acknowledged that there was a tension between 32 PD 27.2 and the Practice Direction 39A PD 3.9, which states that in addition to agreeing the contents of the trial bundle “the parties should also agree where possible

HHJ Baucher noted that there was no automatic sanction under 39A PD 3.9 if the parties did not so agree and, therefore, 32 PD 27.2 should prevail. Accordingly, in principle, the C could rely on any document in the trial bundle.

However, she considered that 32 PD 27.2 had to be considered in light of the overriding objective. The D had been entitled to know that the C would seek to rely upon the documents in the bundle, absent a written notice of objection. She adopted the dicta of Norris J in First Subsea Ltd v Balltec Ltd [2013] EWHC 1033 (Pat), which is worth setting out in full: –

29. It seems to me that PD 32 para 27.2 has to be read in the context of the Civil Procedure Rules as a whole. Whatever the Practice Direction may literally say, there is no doubt that the Civil Procedure Rules contain, in CPR 33.2 and following, express reference to the requirements of the Civil Evidence Act as to the adduction of hearsay evidence. Those provisions are there for a purpose I would be reluctant to read paragraph 27.2 as completely overriding those other provisions of the CPR, and indeed the statute itself. I accept that there are two expressions of view in the Court of Appeal that it might have that effect in the circumstances of the cases before the court. But for present purposes it seems to me that the guidance which is provided by CPR PD 32 paragraph 27.2 falls to be applied in each individual case by reference to the CPR as a whole, to the existence of the evidential requirements of the Civil Evidence Act, and in particular to the overriding objective. It seems to me that it would not be “just” in many cases to rely upon paragraph 27.2 as relieving a party seeking to use it of the obligation of giving fair and proper notice of the matter that is in issue and the evidence that will be used to prove it.

30. In the instant case, I would not have been content (if this point had been raised without notice in closing) to have permitted BSW to use a statement in an agreed document in a large trial bundle as the evidence to prove an unparticularised allegation in the statement of case. I think that parties who rely on paragraph 27.2 for the adduction of evidence of an issue central to the establishment of liability are likely to find that the court will view such conduct as not acceptable, and I would not have done so in this case. But I am relieved of the decision, because in fact BSW has given notice in a belated application to extend time for the service of a Civil Evidence Act notice, indicating in clear terms the reliance that is going to be placed on Mr Lang’s statement in the Manchester proceedings.

Moreover, the Learned Judge also considered that, even if the C had been allowed to rely on the suite of documents after the evidence had closed, those documents would not prove the entitlement to the terms of the declaration it now particularised.

In one sense, the interpretation of the 32 PD 27.2 flies in the face of the rest of the court’s power to control evidence in Part 32. Irrespective of what the court orders, the parties can simply put everything in the bundles.  Nonetheless, parties may want to give careful thought to what they agree should go in the bundles and how and when they should use such evidence in the course of trial.

Andy Creer acted for the D.