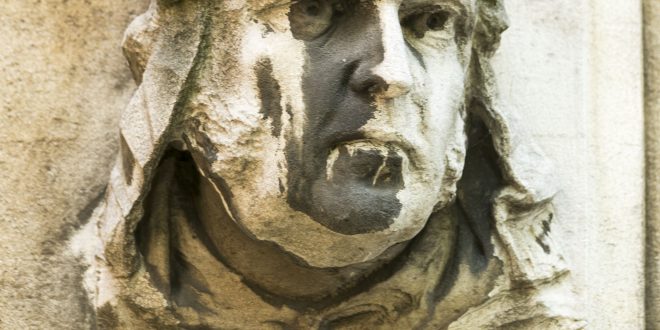 Two individuals were sentenced to 20 weeks’ imprisonment, suspended for 18 months, for contempt of court after they had failed to disclose assets and dissipated them in breach of a freezing order. The fact that they had been residing in Greece when served with the committal application, and had returned to the UK to face up to it, tipped the balance in favour of suspending the sentences.

The claimant applied for committal of the respondents (R1 and R2) for contempt of court.

The respondents were husband and wife. They had sold a property in 2016 for £249,000. The proceeds of £239,000 were put into a joint bank account. Later, £100,000 was transferred to the bank accounts of two of their friends, and £70,000 was paid into R1’s sister-in-law’s account. It was accepted by them that except for £50,000, the transferred money was being held for their benefit. The claimant had brought a claim against the respondents for £1.6 million regarding their conduct as directors of a company. It had obtained a default judgment. It successfully applied for injunctive relief over the proceeds of the property sale. The respondents were required to provide a list of their assets. In their affidavits they did not disclose the £50,000 held by their friends, or the £70,000 held by the sister-in-law. They accepted that they had been aware of the money and had breached the court order. R1 stated that the £70,000 had been withdrawn and paid to unidentified persons to whom he was indebted due to his gambling addiction. R2 had been in Greece at the time and not involved in the dissipation, but she did not distance herself from responsibility for R1’s actions. R1 had also asked R2 to have the other £50,000 paid into her bank account, which was not subject to the freezing order. The money had been dissipated before the claimant realised. The claimant applied for the respondents’ committal for three contempts of court: the failure to disclose the £120,000, the dissipation of the £70,000, and the dissipation of the £50,000. The respondents accepted that they were in contempt. The application was served on them in Greece and they returned to the UK to face the proceedings.

HELD: Relevant factors – The breaches of the order were serious and the respondents’ culpability was high. The claimant had been prejudiced: it could have used the £120,000 towards the execution of its judgment. Instead that sum had been lost and was likely irretrievable. A high level of harm had been caused. The court accepted R1’s evidence about his gambling debts. However, the seriousness of the contempts justified custodial sentences. The issue was whether to suspend the sentence for either respondent. In mitigation, both respondents were otherwise of good character with no previous custodial sentences or contempts. That was a material factor. Both had pleaded guilty to the contempt allegations, meriting a 25% reduction in sentence. A significant factor for both was that although they had been residing in Greece when served with the committal application, they had returned to the UK to face up to the application and had not attempted to delay the proceedings. They had apologised in their affidavits and through their counsel at the hearing, and their demeanour in court satisfied the court that the apology and remorse were genuine.

Sentence for R1 – The contempts were serious and had taken place over the course of a month. Custody was a punishment of last resort, but a fine was not sufficient. The court had the power to commit in order to protect the administration of justice, both for litigants and for the general public. Court orders had to be respected. It was relevant that R1 had had the courage and honesty to return in the face of the possibility of imprisonment. He had an employment opportunity despite that possibility, which might enable some amends to be made to the claimant. He was sentenced to 20 weeks’ imprisonment on each of the three counts, to be served concurrently. That took into account the reduction for the guilty plea. In considering whether to suspend the sentence, it was relevant that it was not likely that the contempts could be purged. It came down to mitigation. R1’s honesty in returning, and his genuine remorse, tipped the balance in favour of suspension for 18 months on the condition that no further breach took place.

Sentence for R2 – Most of the above observations applied to R2. She had accepted that she was equally culpable. The contempts were serious and a fine was insufficient. R2 was also otherwise of good character, and had showed honesty in facing up to the charges. There was no sensible distinction in the seriousness or culpability as compared to R1. The same sentence was imposed: 20 weeks on each count, concurrent, suspended for 18 months.

Counsel:
For the applicant: Jonathan Titmuss
For the first respondent: Philip Mantle
For the second respondent: Nicholas Cobill

This judgment was first published on Lawtel. Document No. AC5002784. Visit www.lawtel.com for more information.