Home > From Top to Bottom: Leasehold Ownership of Airspace and Subsoil

From Top to Bottom: Leasehold Ownership of Airspace and Subsoil 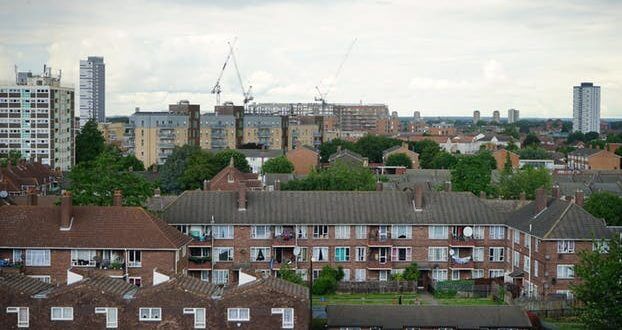 The answer to the question who owns the airspace above a building or the subsoil below is usually clear cut in relation to freehold land but often less clear in the case of leaseholds.  The High Court has had to wrestle with the latter twice this year, once regarding airspace and once regarding sub-soil.  The Judges in the two cases, Ralph Kline Ltd v Metropolitan and County Holdings Ltd [2018] EWHC 64 (Ch) and Gorst v Knight [2018] EWHC 613 (Ch), reached contrasting conclusions, in each case approaching the issue as primarily a matter of construction.  In Gorst v Knight, the court rejected the lessee’s submission that there is no difference between the analysis to be applied to airspace and that to be applied to subsoil.

In the case of freehold land, there is a presumption that a conveyance of land includes the surface and everything below and above it, unless there have been exceptions from the grant, for example of minerals.  In Bocardo SA v Star Energy UK Onshore Ltd [2010] UKSC 35, [2011] 1 AC 380, Lord Hope put this point as follows, at [10]:

10 It has often been said that prima facie the owner of the surface is entitled to the surface itself and everything below it down to the centre of the earth…. The proposition that prima facie everything below the surface belongs to the surface owner is often linked to the proposition that everything above it belongs to him too: “everything up to the sky”, as Sir William James V-C put it in Corbett v Hill (1870) LR 9 Eq 671 , 673, or “everything under the sky” in the words of Bowen LJ in Pountney v Clayton . In Mitchell v Mosley [1914] 1 Ch 438 , 450, Cozens-Hardy MR said that the grant of the land includes the surface and all that is supra—houses, trees and the like—and everything that is infra-mines, earth and clay, etc. Agreeing with him, Swinfen Eady LJ and Phillimore LJ said that this was a recognised rule of law. Plainly, the source for these remarks was the well-known Latin brocard cuius est solum, eius est usque ad coelum et ad inferos.

To that, one should add the qualification that the ownership of airspace above land is in reality not quite up the sky.  Ownership of airspace extends to such height as is necessary for the ordinary use and enjoyment of the land: Bernstein of Leigh (Baron) v Skyviews & General Ltd [1978] 1 QB 479; far enough to prevent oversailing by cranes, for example, but not so far as to render the flight of a 747 thousands of feet above the rooftops a trespass.  And ownership of subsoil probably stops at “the point at which physical features such as pressure and temperature render the concept of the strata belonging to anybody so absurd as to be not worth arguing about”: Bocardo at [27].

Turning to the two recent cases concerning leaseholds, in Gorst v Knight HHJ Paul Matthews (sitting as a Deputy High Court Judge) was concerned with the subsoil beneath a house in West London.  The house was divided into two maisonettes.  The Gorsts were lessees of the downstairs maisonette.  Mrs Knight was the freeholder.  The demise of the downstairs maisonette expressly included the foundations of the building and the cellar below the ground floor.  That cellar was only half-height.  The Gorsts wanted to dig it out by about another 4 feet in order to make it into a habitable room.  The question in the case was whether that additional 4 feet of subsoil was within the demise of the downstairs maisonette, it being common ground that it was within the freehold title.  If it was within the demise, Mrs Knight could not unreasonably refuse permission for the proposed works; if not, she could refuse permission as capriciously (or demand such compensation) as she liked.

The Judge treated the issue, correctly in the author’s respectful opinion, as substantially a question of construction of the lease.  He considered the presumption of ownership of airspace and subsoil outlined above and its application to leasehold land but concluded that in the case of a lease of a horizontal division of land there are no presumptions to be applied.  Rather, the question is “what the construction of the grant, given what was available to be granted, and in the context, reveals the intentions of the parties [to the lease] to have been”.

Counsel for the Gorsts sought to rely on Davies v Yadegar (1989) 22 HLR 232 in which it was held that the lessee of a top-floor flat, whose demise included the roof of the building and the airspace within the loft, owned the airspace above the roof, and hence could raise some of the roof as part of a loft conversion.  In that case, Woolf LJ observed that “the logical intent would be that the air space should be included” in a demise of the top half of a building including the roof and roof space.  HHJ Matthews held that there were important difference between airspace cases such as Davies v Yadegar and a subsoil case:

“Chief among them is the fact that the subsoil is key to the stability of the whole building. If the foundations become unstable, the whole building is threatened. Not so of the roof. Second, access to the subsoil is more difficult, and will generally involve going through the lowest demise in the building. (I accept that Bocardo shows that this is not invariably so.) Thirdly, the subsoil is not visible and open to the elements, as the roof is. A problem with it will not be so easily noticed at an early stage. In my judgment, these considerations mean that one cannot apply authorities concerning the roof to the subsoil without further consideration.”

On the facts, it was held that the subsoil was not within the demise of the downstairs maisonette.  While, each case will turn on its own facts, readers may be interested to know that the main pointers within the lease relied on by the Judge to reach his conclusion were:

The Judge first construed the 1970 Lease without reference to any of the authorities concerning airspace.  His conclusion was that the demise included the entirety of the buildings within the Parade including their roofs (the Claimant contended that it demised only the interior of the buildings).  He stated a preliminary view that a letting of the whole of land and buildings, such as by the 1970 Lease, would normally include the airspace above them and that there was nothing in the 1970 Lease to lead to a different conclusion.

Having reached his preliminary conclusion without reference to previous caselaw, the Judge conducted a survey of authorities concerning the demise of the roof space.  He observed that Davies v Yadegar lends support to the proposition that if the lease includes the roofs it should also include the airspace above them, but was not prepared to derive from Davies v Yadegar a presumption that the demise of a roof is accompanied by a demise of the air space above it.  The Judge found most assistance from the decision of Morgan J in Waites v Hambledon [2014] EWHC 651 (Ch), [2014] 1 EGLR 119 which concerned airspace above a garage block made up of garages each subject to a separate lease (demising a flat and a garage).  Morgan J held that each lease carried with it the airspace above the garage.  After considering a number of authorities, Morgan J observed at [50]:

“Whether one says that there is a presumption to be applied, I consider that where one is dealing with a demise of a building, where the wording of the demise is expressed by reference to a vertical division, and there is no wording expressing any horizontal division, it is natural to react to that wording by holding that there is no horizontal cut off which excludes the airspace above the building or, for that matter, the sub-soil below the building.”

In other words, where as there is no presumption that the lease of a top floor carries with it the airspace, even if it includes the roof, a lease of a vertical slice of a building will usually include airspace above the slice demised and subsoil below.

The Judge concluded, drawing support from Waites, that the 1970 Lease carried with it the airspace above the Parade, so that the Claimant’s airspace lease was merely reversionary.

There are no presumptions as such as to whether a lease carries with it airspace or subsoil.  Whether it does so will be a question of construction of the lease.  That said, certain factors pointing towards one conclusion or the other can be identified from the recent cases described above and the earlier caselaw discussed in them: