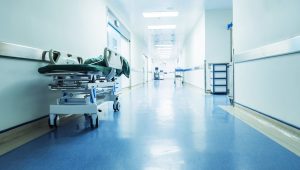 Welcome to the latest Focus on Clinical Negligence and Personal Injury.

Just as we are all getting used to propping up all the household tablets to create enough screens for virtual hearings, creating the perfect backdrop and keeping the children entertained with enough biscuits to last a whole hearing, the courts are returning to attended hearings.  The team have been busy throughout lockdown with cases including remote trials, hearings and appeals as well as judicial work for those who sit on the Bench.

To help keep you up to speed, this edition includes the “takeaway cups” from our very popular #HardwickeBrews which we have been holding throughout lockdown as well as links to recent articles.

For those of you without Twitter, we also round up our favourite responses to Colm Nugent (aka @wigapedia)’s very popular tweet asking “What’s the weirdest thing you’ve had an expert report on.”

We hope you find it all informative and entertaining.

It has been a very busy last few months for the Hardwicke Clinical Negligence & Personal Injury Team:

Charles Bagot QC has been leading the way on a number of fronts:

Colm Nugent has also had a busy few months:

Henry Slack has been equally busy:

Jasmine Murphy has been not been sitting on her hands either:

Gemma Witherington has been both sitting as a Deputy District Judge and acting for clients:

Robert Whittock has been dealing with a variety of PI and clinical negligence cases (in between getting his yacht ship shape and learning to sail) including:

Aneurin (Nye) Moloney has been occupied with a full diary including:

Helena Drage may be junior but she is fast building experience beyond her call:

During lockdown, Hardwicke started running a series of 30 minute or so informal chats on Zoom on different subjects with a practical angle for litigators.  At the end of the Brew, a short summary of the points – “a Takeaway Cup” – was prepared.  The Clinical Negligence & Personal Injury team provided several of these #HardwickeBrews.  These are listed below with links to the relevant Takeaway Cup.

Our story starts with Colm Nugent aka @wigapedia tweeting:

“Legal Twitter. What’s the weirdest thing you’ve had an expert report on? Mine is an engineers report on a headstone/gravestone which toppled, trapping the stone mason in the open grave for several hours until found by a passer-by.”

This tweet was read by nearly 100,000 Twitter users and led to over a hundred responses. Our favourites are these:

In case you have missed them, we list below articles we have published in the last few months:

The team covers all the following areas of Clinical Negligence and Personal Injury:

You can find out more about each area by going to the Clinical Negligence & Personal Injury expertise page.  If you would like to discuss a possible instruction, please contact the Practice Management Team.