Flexidig Ltd v M&M Contractors (Europe) Ltd [2020] EWHC 847 (TCC): What is the jurisdiction of an adjudicator? 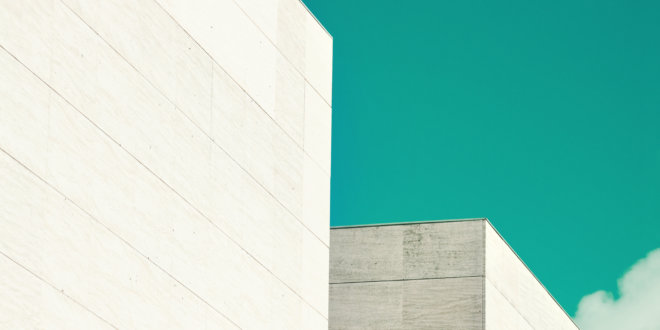 Whilst Flexidig Ltd v M&M Contractors (Europe) Ltd [2020] EWHC 847 (TCC) tackles issues of jurisdiction and proper service of a claim, an over-looked yet significant aspect of this case deals with an adjudicator’s jurisdiction to provide a positive award to the claimants beyond the realms of the parties contentions. This case commentary points out the necessary considerations for carefully drafted notices of adjudication and providing sufficient evidence should an adjudicator choose to broaden the scope of contention.

This was an application for summary judgment by the subcontractor Flexidig Limited (“Flexidig”) to enforce the adjudicator’s decision dated 29th December 2019 against its employer, M&M Contractors (Europe) Limited (“M&M”). The contract in dispute involved civil works associated with a new Virgin Media underground infrastructure in Louth, Lincolnshire (“the Works”). The infrastructure was a network to facilitate delivery of fibreoptic broadband to people’s homes. The Works were completed in 2018.

On 26th September 2019, Flexidig made an application for payment (“the AFP”) in the sum of £2,507,481 and VAT. Of that sum, M&M paid £1.742 million plus VAT, stating there were defects in the Works, leaving £673,374 plus VAT owing according to the AFP. In light of M&M’s insufficient payment based on the AFP, Flexidig submitted a notice to commence adjudication on 20th November 2019.

At paragraph 28 of the adjudication notice, it said that damages were sought for breach of contract as a result of M&M failing to pay the notified sum, the sum of £673,000, or “such other sum as the adjudicator finds is due from M&M.” Both parties claimed the other’s sides calculation in the pay less notice or AFP was incorrect and therefore invalid.

The Adjudicator stated, at paragraph 6.44, that “The question for me is not the true value of the defective works. What sum is M&M entitled to owe from the AFP?” Accordingly, the Adjudicator found both the AFP and pay less notice as valid, however, instead of awarding the sum of zero, he made a positive award in favour of Flexidig for the sum of £223,000.

One of the issues brought to court, amongst others, was whether the Adjudicator had jurisdiction to grant a positive award or whether he had strayed off course?

Mr Justice Waksman stipulated that the Adjudicator had the power under section 111(8) of the Housing Grants, Construction and Regeneration Act 1996 to decide that more than the sum specified in the pay less notice (which here was zero) should be paid.

Furthermore, the Adjudicator had jurisdiction to make the positive award because the notice of adjudication actually referred to awarding such other sum as the Adjudicator finds due. As Waksman J stated at paragraph 89: “The notice of adjudication did provide for some other figure which could, by definition, only arise if the pay less notice was held to be valid. If it was not valid, the entire sum would fall due”.

The actual materials before the adjudicator, which could have a bearing on the positive award he made, were, in fact, very limited indeed [para 94]. As such, the adjudication was not an attempt to value the defect work. In reality, the AFP was a claim in debt by Flexidig. The only question was whether all or some of it was owing and whether M&M could set off any amount based on its defects claim. As stated at paragraph 96: “enough was raised by the adjudicator and debated between the parties to allow him justly to decide on a position that was somewhere in between” what the parties had asked for. However, the Adjudicator did not prescribe any particular figures, as that would be reserved for a separate adjudication. The Adjudicator merely decided on how the sums provided were to be deducted against each other.

Waksman J reiterated the point made by Edwards-Stuart J in Roe Brickwork Ltd v Wates Construction Ltd [2013] EWHC 3417 (TCC) that: “An adjudicator can reach a decision on a point of importance on the material before him on a basis for which neither party has contended, provided that the parties were aware of the relevant material and the issues to which it gave rise had been fairly canvassed before the adjudicator.” On this basis, Waksman J found that it was open to the adjudicator to reach a positive award, even if neither party had specifically contended for it, because both parties were aware of the material that gave rise to it and the issues which that material gave rise to had been fairly canvassed [para 97]. Therefore, the Adjudication decision was enforced.

This case stresses that “the court should not adopt an overly legalistic analysis of what the dispute between the parties is” in the adjudication [para 84]. Generally, given the limited timetable and the question of the scope, courts will give adjudicators some latitude and not take an unduly restrictive view [para 85]. Therefore, parties must be aware of this when considering whether to bring a claim for adjudication and that the ambit of dispute may be widened, ‘attracting more issues and nuances as time goes by’ [para 85]. A party should be precise and careful when drafting the notice of adjudication on what they want the adjudicator to preside over. It may even be useful to specifically mention what is not disputed or up for dispute, if agreed by the parties, potentially avoiding any future litigation on an adjudicator’s jurisdiction.

At first glance it seems odd that even though this claim was initially on whether the AFP or pay less notice was valid, a positive award was granted without there being sufficient evidence for a full defect valuation. The adjudicator knew that a full defect valuation may take place in the future, as indicated at paragraph 6.45 of adjudicator’s decision: “[the award] is only an amount to be withheld from the AFP pending an assessment of the true value of the defective works by separate adjudication or agreement of the parties.”