Home > Facts in issue and preliminary facts: seeing double or is there a difference?

Facts in issue and preliminary facts: seeing double or is there a difference? 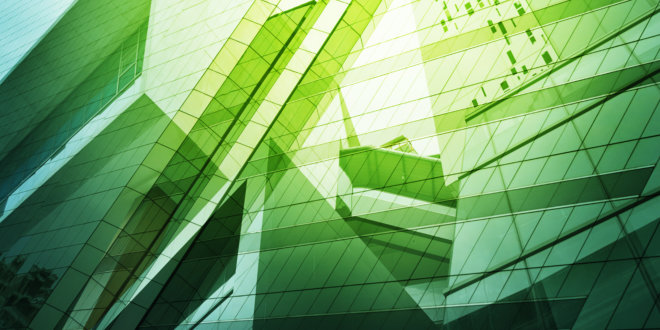 In Shagang Shipping Company Ltd v HNA Group Company Ltd [2020] UKSC 34, the Supreme Court clarified the difference between facts in issue and preliminary facts, and confirmed that the two are conceptually distinct and governed by different legal principles; notwithstanding that in civil proceedings, the finder of both types of fact is usually the same person.  The case serves as a useful refresher on the basic principles of the law of civil evidence.

This appeal arose in the context of a claim by the appellant (“Shagang”) upon a guarantee given by the respondent (“HNA”).  Shagang, having obtained an arbitral award for damages against its contractual counterparty, commenced proceedings to enforce the guarantee.  This was met by HNA’s defence, founded on confession evidence, that the contract had been procured by bribery and was, therefore, unenforceable.   Shagang in turn replied that the confessions had been obtained by torture and were therefore inadmissible in the proceedings.  By the time of trial, it was agreed that, unless HNA succeeded in its defence that the contract had been procured by bribery, Shagang was entitled to judgment on its claim.

In his judgment dated 16 May 2017, Robin Knowles J (‘the Judge’) noted that there was little first-hand evidence available at trial: none of the individuals who had made the confessions or who were otherwise directly involved with those individuals were available to give evidence. Further, the documentary evidence was “substantially incomplete.”  In these circumstances, the Judge ultimately: (i) found that no bribe had been paid; (ii) concluded that torture could not be ruled out as a reason for the confessions; but (iii) did not find it necessary to express a finding on the allegations of torture, given his conclusion that the allegations of bribery had not been proved.  Accordingly, the Judge found that the contract was enforceable and gave judgment for Shagang on its claim.

The Court of Appeal (Sir Geoffrey Vos C, Newey LJ and Dame Elizabeth Gloster DBE) allowed HNA’s appeal, finding that the Judge fell into legal error in evaluating and weighing up the evidence as to the admissions and the issue of bribery.  The Court of Appeal held at [93]:

…the fact that the judge in the present case did not find that on the balance of probabilities the confessions had been obtained by torture “was, in law, a finding that there was no torture”…

Hence, in estimating the weight to be attached to the confession evidence, the judge was “bound entirely to disregard the possibility that the admissions had been obtained by torture” and, to the extent that he took this possibility into account, he made an error of law.

The Court of Appeal therefore remitted the case for reconsideration of four issues by a different Commercial Court judge.

Issues before the Supreme Court

The central issue before the Supreme Court was whether the criticisms made of the Judge’s approach by the Court of Appeal were justified.  This article focuses on the fourth criticism, namely that the Judge fell into legal error in failing to exclude irrelevant matters, including what the Court of Appeal described as his “lingering doubt” as to whether the confessions were procured by torture, when considering whether the alleged bribe had been paid.

The Law of Evidence

Lord Hamblen and Lord Leggatt (with whom Lord Hodge, Lord Briggs, and Lord Burrows agreed) began by setting out general principles of the law of evidence:

Taking these principles into account, Lord Hamblen and Lord Leggatt considered that the Court of Appeal had been wrong to conclude that all legal rules require relevant facts to be proved in the binary way set out in Re B.  For example, unlike facts required to be proved for the purpose of a rule governing the admissibility of evidence or the requirement to discharge the legal burden of proof in respect of facts in issue at trial, the rule in s 4(1) of the Civil Evidence Act 1995 governing hearsay evidence in civil proceedings permits consideration of “any circumstances from which any inference can reasonably be drawn as to the reliability or otherwise of the evidence.”

Hence, the absence of a finding by the Judge as to whether there had been torture was not the same as a finding that torture had not been proved on the balance of probabilities. Furthermore, even if the binary principle operated in this context, the Judge could not be treated as having, in law, made a finding that there was no torture.  There was no logical reason why a fact, which has not been proved to the requisite standard and thereby requiring a value of zero to be returned for the purpose of one legal rule, must be then treated as not having occurred for the purpose of other legal rules.

Lord Hamblen and Lord Leggatt considered that some confusion had arisen by the use of the expression “fact in issue” and clarified that the term most usefully refers to “those facts which as a matter of law it is necessary to prove in order to establish a claim or a defence.”   In the present case, the fact that a bribe was paid by an employee of Shagang to an individual connected with HNA was a fact in issue which HNA needed to prove in order to establish a defence that the Contract was unenforceable by reason of bribery. On the other hand, the fact that torture was used to procure the confessions was not a fact in issue; there was no claim for relief made by Shagang for which it was legally necessary to prove that torture had been used to extract a confession. It was therefore unnecessary for the Judge to make any finding as to whether on the balance of probabilities torture had taken place in order to decide the facts in issue in the case.

Preliminary facts, on the other hand, are those which are decided by a court for the purpose of applying procedural and evidential rules. Examples given by Lord Hamblen and Lord Leggatt include: (i) the fact that a communication between a lawyer and client was made in confidence (in order to decide whether the communication is protected by legal professional privilege); (ii) the fact that a person is capable of understanding the nature of an oath and of giving rational testimony (in order to decide whether the person is competent to testify as a witness); and (iii) facts which it is necessary to determine for the purpose of deciding whether evidence is admissible.

The Allegations of Torture

In the present case, Lord Hamblen and Lord Leggatt considered that the allegations of torture were relevant in two different ways.  One was in assessing the likelihood or otherwise that the confessions were reliable and hence whether it was proved as a fact that a bribe had been paid. The other was in order to determine whether the confession evidence was admissible.

Given that the standard of proof for the admissibility of evidence in civil proceedings allegedly obtained by torture remains the balance of probabilities (A v Secretary of State for the Home Department (No 2) [2005] UKHL 71), if it is shown that it was more likely than not that certain evidence was procured by torture, then that evidence will not be admissible and must be excluded altogether when the Court comes to determine the facts in issue.

Nevertheless, Lord Hamblen and Lord Leggatt held that it does not follow that where it has not been proved on the balance of probabilities that certain evidence was procured by torture, evidence of torture is not admissible and must be excluded when determining the facts in issue. There is no legal or logical reason for treating such evidence as inadmissible, and indeed there is good reason to treat it as admissible given its obvious relevance.  Hence, at [112], “the true position”:

“… where there are reasonable grounds for suspecting that a statement was obtained by torture, this is a matter which a judge can and should take into account, along with all other relevant circumstances, in assessing the reliability of the statement as evidence of the facts stated.”

The Supreme Court accordingly found that the Judge had not erred in law and the appeal against the Court of Appeal’s order was allowed.

Unlike in criminal proceedings, where there is a division of function between judge and jury as finders of preliminary facts and facts in issue respectively, it is now standard in most civil proceedings that both functions will be performed by the same individual.  Accordingly, logic requires a degree of consistency where the evidence under consideration is identical; e.g., a judge could not rationally reach one factual conclusion for the preliminary purpose of deciding whether evidence is admissible and then, on the same evidence, reach a different factual conclusion for the purpose of deciding a fact in issue in proceedings.

Nevertheless, it is imperative to note that these two functions remain conceptually distinct and are governed by different legal principles.  There is, therefore, no inconsistency in finding that a factual allegation may well be true but has not been established on the balance of probabilities, nor any reason why a finding as to the admissibility of evidence for one purpose should have any bearing on assessing the weight to be given to that evidence for another purpose.