Home > Every dog in the manger has its day. Sometimes two. 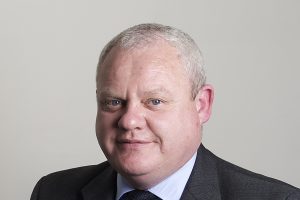 Every dog in the manger has its day. Sometimes two.

The Court of Appeal decision in Dr Julia Duval v 11 – 13 Randolph Crescent Ltd [2018] EWCA Civ 2298 was a wake-up call to landlords to be alive to their, often overlooked, obligations to enforce tenants’ covenants at the behest of other tenants.  That decision has been confirmed by the Supreme Court: [2020] UKSC 18.

11 – 13 Randolph Crescent, Maida Vale, London comprises two splendid Victorian houses converted into nine highly desirable flats, with access to private gardens, featured in films such as Notting Hill.  As the Defendant landlord’s name suggests, it is a freehold company owned by the tenants of the nine flats.  Dr. Duval is one of those tenants.

The tenants occupy under 125-year leases, by which the landlord covenanted with the tenants in the following terms.

That proved not to be a deterrent in Randolph Crescent.  By clause 2.6 of their leases, the tenants covenanted:

“Not without the previous written consent of the Landlord to…make or suffer to be made any alteration or improvement in or addition to the Demised Premises.”

The former is a qualified prohibition, whereas the latter is absolute.

Mrs. Winfield, another tenant, wanted to undertake works to her flat, which included the removal of a wall.  The landlord (presumably by its director tenants) consented to her undertaking those works, thus waiving the anticipatory breach of Mrs. Winfield’s covenant not to cut or maim the walls of her flat.  There was no suggestion that the works would have any effect on any other flat.  However, before Mrs. Winfield undertook the works, Dr. Duval commenced proceedings, against the landlord, requiring it to enforce the alteration covenant against Mrs. Winfield, thus preventing her from undertaking her works.

Lewison LJ, giving the judgment of the Court of Appeal, followed a line of authorities originating from cases involving breaches of promises to marry, by the promisor marrying someone else.  In so doing, he found, whether by implication or simply as a matter of law, that the landlord having covenanted to enforce tenants’ covenants, to denude itself of that power, by sanctioning a tenant’s breach, would be a breach of its covenant to enforce.

In the Supreme Court, Lord Kitchin, giving the judgment of the court, agreed with Lewison L.J., albeit that he preferred to categorize the landlord’s obligation as an implied covenant, rather than a rule of law.  Treating it as such provides a more flexibility than, what may be perceived as, a rigid rule of law.   Thus, adopting the approach to the implication of terms, as stated by Lord Neuberger, in Marks and Spencer plc v PNB Paribas Securities Services Trust Co (Jersey) Ltd. [2016] A.C. 742, the starting point was the interpretation of the express terms of the lease.

In Lord Kitchin’s view, the qualified covenant in clause 2.6 is concerned with routine improvements and alterations; whereas clause 2.7 is directed at waste, spoil or destruction, and it was necessary to exclude from the operation of the absolute covenant anything which fell within the qualified covenant, not the other way around.  Having so construed the express terms, the court implied, in Dr. Duval’s lease, a covenant by the landlord not to put it out of its power to enforce clause 2.7 in the leases of other lessees by licensing what would otherwise be a breach of clause 2.7.

In so doing, Lord Kitchin overcame the landlord’s argument that the implied term would be an unrealistic fetter to the tenants’ ability to undertake, and the landlord’s ability to sanction, the necessary and desired improvements to, and maintenance of, flats on 125-year leases.

In any event, such an implication does not prevent a landlord from sanctioning a tenant’s breach of clause 2.7, either prospectively or retrospectively.  However, if it does, it breaches its implied covenant to the other tenants.  It matters not whether any other tenant wants the covenant enforced, because the landlord’s breach occurs upon it depriving itself of the right to enforce, just as a prospective groom would have been in breach of his marriage promise from the time he married someone else, not when the time came for him to marry the promisee.

In the words of Lewison LJ, in the Court of Appeal, the landlord attempted to paint Dr. Duval as adopting a dog in a manger attitude.  However, that had no bearing on the construction of the lease.

That said, a dog in the manager is not wholly incapable of being muzzled.  All the Court of Appeal and Supreme Court were was asked to do, and all they did, was declare that the waiver by the landlord of a breach of covenant by a lessee, or the grant of a licence to commit what would otherwise be a breach of covenant, would amount to a breach of the landlord’s implied obligation not to denude itself of its enforcement powers.  The question of Dr. Duval’s remedy was remitted to the County Court.

Presumably, Dr. Duval would be seeking an injunction.  Being an equitable remedy, any dog in a manager attitude would be highly relevant to whether or not an injunction should be granted.  What is more, if Mrs. Winfield’s works had no impact on Dr. Duval’s flat or the building, any damages in lieu of an injunction would, at best, be nominal.

Whilst the legal ramifications of the case may seem significant, in practice, they are unlikely to open any floodgates.

Firstly, a landlord who sanctions a tenant’s breach of covenant which adversely effects the interests of other tenants is, at best, cavalier or, as is often the case with enfranchised freeholds, has vested interest in the breach.  In either case, he deserves all he gets.

Conversely, a tenant who capriciously seeks to compel a landlord to enforce another tenant’s covenant, the breaching of which is of no import to the complaining tenant, is likely to get short shrift when it comes seeking an injunction and/or damages, and is likely to be penalized in costs, even if the landlord is, technically, in breach.

As already mentioned, any lease with a similar enforcement covenant is almost certainly going to require the tenant to indemnify the landlord for its costs.  Most tenants’ pockets are not as deep as those of the tenants in Randolph Crescent.

That the landlord would be running any litigation at the complaining tenant’s expense, without any requirement to involve that tenant, is another feature which makes such a course unattractive.  If the effect of a tenant’s breach genuinely impacts upon another tenant, the latter will often have a direct cause of action, rather than having to rely on the landlord, as identified by Lord Kitchin [para. 53].

All that said, a landlord’s enforcement covenant may well prove useful in more trifling, but irritating, contraventions of a lease, such as: keeping pets; blocking the common parts; carpeting floors; noise levels, etc.

As is all too often the case, the most fecund environment for such disputes is that of the enfranchised freehold, where the protection of competing interests produces animosity between, once amicable, neighbours, to which the tenants and owners of 11 – 13 Randolph Crescent will, no doubt, testify.