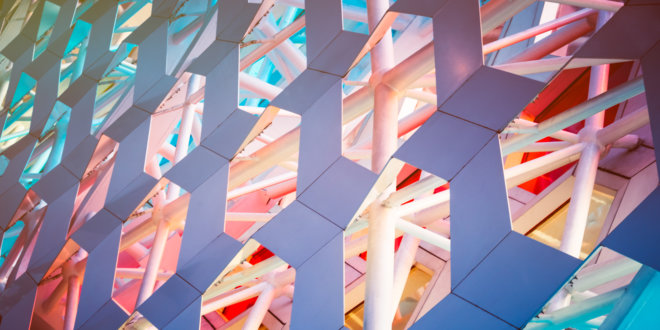 This was an appeal against a decision at trial not to grant an anti-suit injunction against a party alleged to be in breach of a London arbitration clause by bringing proceedings in Russia. The case determines the proper law of the arbitration agreement against the law of the main contract.

The Claimant (“Enka”) is an international construction and engineering company with a substantial presence and history of operations in Russia. Enka was one of many contractors or subcontractors providing services in connection with a power plant for the Defendant (“Chubb Russia”).

The Contract between Enka and Chubb Russia contained no express choice of law clause, only that Russian law was to govern specified provisions. The Contract did include an arbitration agreement provision specifying that any dispute was to be settled under the Rules of Arbitration of the International Chamber of Commerce (“the ICC”) and that the place of the arbitration would be London.

Chubb Russia commenced proceedings on 25 May 2019 against Enka and 10 other parties in the Russia (“Russian Proceedings”), seeking damages in relation to a massive fire in February 2016 at the power plant in Russia. Chubb Russia claimed that “the accident was caused by defects (deficiencies) in the design, structures, fabrication and installation of the [power plant] including fuel oil pipelines”. Enka asserted that it had no liability and could have no liability, on the basis that in November 2014 the works which were alleged to have caused the fire had been excluded from the scope of works to be performed by Enka and had subsequently been performed by another contractor.

The issue the Court had to decide was whether the proper law of the arbitration agreement in the Contract was bound by English law or Russian law? Would it be an affront to comity for the Court to grant anti-suit injunctive relief in the circumstances of this case?

In the first instance decision, Andrew Baker J took a course of his own initiative, not urged on him by either side, of declining to reach a decision on the proper law of the arbitration agreement on forum non conveniens grounds, namely that all questions of the scope of the arbitration agreement were more appropriately to be determined in the Russian Proceedings. A significant reason for this was that Chubb Russia acted in good faith when bringing proceedings in Russia and have gained a juridical advantage, in that it was Enka’s cession that the Contract was governed by Russian law as a matter of express choice.

On forum non conveniens grounds, the Court of Appeal found the previous decision wrong in principle. This decision follows from two principles. First, the choice of the seat of the arbitration is an agreement by the parties to submit to the jurisdiction of the courts of that seat. Secondly, the grant of an anti-suit injunction to restrain a breach or threatened breach of the arbitration agreement is an exercise of such powers.

Therefore, by choosing an English seat the parties agreed that the English Court is an appropriate court to exercise the power to grant an anti-suit injunction and questions of forum conveniens do not arise.

The search for the main contract law is governed by the Rome I Regulation (Regulation (EC) No 593/2008 of the European Parliament, see Article 3.1 and 4). Questions about the law governing arbitration agreements, on the other hand, are not covered by the Rome I Regulation because by Article 1(2)(e) it does not apply to arbitration agreements. The AA law is to be determined by applying the three stage test required by English common law conflict of laws rules, namely:

Hamblen J, as he then was, in Habas Sinai Ve Tibbi Gazlar Istihsal Endustrisi AS v VSC Steel Co Ltd [2014] 1 Lloyd’s Rep 479 summarised the guidance from the authorities on determining the AA law:

The principal rationale for treating an express choice of main contract law as indicative of a choice of AA law is because businessmen do not usually intend that their relationship should be governed by more than one system of law (see Sulamerica Cia Nacional de Seguros SA v Enesa Engelharia SA [2013] 1 WLR 102 per Moore-Bick LJ at [11]).

The Court of Appeal stipulated that “this is a sensible starting point where there is no arbitration clause with a different seat; but it ceases to have any application where there is. In such cases, whatever the AA law, the parties have necessarily chosen their relationship to be governed in some respects by two systems of law, namely the curial law and the main contract law” (paragraph 95, emphasis added). Overall, as emphasised by Lord Neuberger in Sulamerica at [51], determining the proper law of the arbitration agreement was in each case a matter of contractual interpretation.

Applying these principles set above, the Court of Appeal found that the AA law in the Contract was governed by English law. Whilst the governing law of the Contract was Russian law, this was not by express choice. The definition of ‘Applicable Law’ in the Contract was used in a limited number of specific provisions rather than expressed to apply generally. Additionally, the term was drafted in suitably wide terms to cover not just Russian law as such but so as to have a particular focus on regulatory requirements. As Lord Justice Popplewell stated at paragraph 107: “this is a common technique in international construction contracts where quite apart from the governing law of the contract, which can be chosen by the parties, there are particular local laws and regulations which are mandatorily applicable, such as those governing planning, health and safety, labour laws, taxes and customs. The technique is to define such applicable laws and impose an obligation to comply with them separately from any choice of governing law of the contract as a whole.”

This case provides essential guidance as to how the law of an arbitration agreement will be determined, emphasising that it may be different from the main contract, even if it forms part of that main contract. The decision also demonstrates the importance of clarity when drafting contractual terms and arbitration clauses. Indeed, as Lord Justice Popplewell stated at paragraph 109 that “the scope of the curial law is not limited to the exercise of purely procedural powers. It involves the curial court determining aspects of the substantive rights of the parties under their arbitration agreement by reference to the curial law.” Thus, due to the wide range of liability available within the scope of curial law, extra care and diligence is required when drafting arbitration clauses. Had the contractual draftsmen provided an express choice of law in both the main contract and reiterated this in the arbitration clause within the main contract, there would have been more certainty as to the governing law, which could have avoided the timely and expensive cost of litigation. However, the law may be about to change as the case was granted permission to be heard in the Supreme Court on the 27th and 28th July 2020.