Home > Distinguishing Walsh v Lonsdale: When a Guarantor is not Liable for Non-Domestic Rates

Distinguishing Walsh v Lonsdale: When a Guarantor is not Liable for Non-Domestic Rates 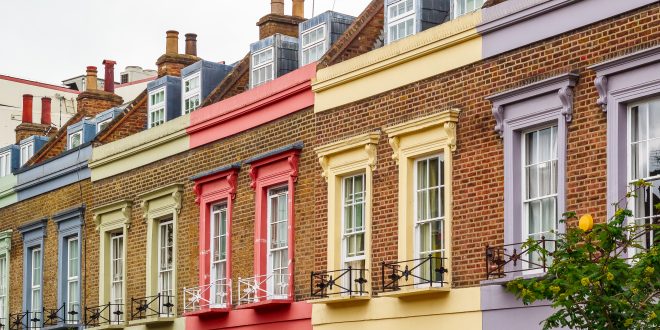 This little known case, decided on appeal in the Administrative Division of the High Court in Manchester, may be an interesting decision for insolvency practitioners advising on liabilities after a tenant’s lease has been disclaimed. It considered two technical issues in property law, which arose for the first time in the context of the liability for NDR (non-domestic rates): –

At first instance the District Judge in the Magistrates Court had to consider the first issue and the effect of the grant of an underlease with an earlier commencement date, for the purpose of deciding whether a guarantor, PLL, was liable for a £1.2m claim for NDR. He held that the grant of a lease with a retrospective commencement date may create contractual liabilities as between the landlord and tenant in respect of the past period, but it does not create an estate in land with retrospective effect (applying Shaw v Kay (1847) 1 Ex 412 and the cases thereafter).

In front of the appeal court[1], the Council ran a new point and relied on Walsh v Lonsdale to argue that the guarantor was liable by virtue of an equitable lease which had arisen following the service of a notice requiring it to take a new underlease.  However, Kerr J. held that an equitable lease did not come into existence until an order for specific performance had been made and dismissed the appeal.

Following a short period of occupation by a third party (who paid NDR), the administrators of the tenant of commercial premises in Cheadle Hume, returned the keys to the landlord and purported to surrender the underlease. The premises were vacant and remained so until February 2019.

The tenant went into liquidation and the lease was disclaimed. Some 4 months later, in December 2013, the administrators for the landlord (Padwick Properties Ltd) served a notice on the guarantor (Punj Lloyd Ltd) requiring it to take a new lease for the remainder of the term. Such an obligation being a common term in such guarantees.

The guarantor did not enter into a new underlease, contending that the underlease had been surrendered by the tenant. The issue was determined by Keyser J. in March 2016 in a claim by the administrators for arrears of rent and monies owed by the tenant before the disclaimer and for specific performance of the guarantee (Padwick Properties Ltd v Punj Lloyd Ltd [2016] EWHC 502).

The Court held that the underlease had not been surrendered and made an order that the guarantor enter into a new one. In default, on 21 April 2016, a new underlease was executed by a High Court master, with a commencement date of 14 August 2013 (the date of disclaimer).

Having previously pursued the landlord and withdrawn the demand notices, on learning of the judgment, the Council sought to recover NDR from the guarantor. The guarantor denied liability on the basis that it had not been in possession of the empty premises, as it had not been “entitled to possession” and therefore “the owner of the hereditament” for the purpose of s.65 and s.45 of the Local Government Finance Act 1988, respectively.

There was no dispute between the parties in respect of the following propositions: –

The Council argued that the service of the notice in December 2013 created a specifically enforceable obligation to take a new underlease and that by applying the principle in Walsh v Lonsdale, equity would regard the new underlease as being executed.

The guarantor sought to distinguish Walsh v Lonsdale (and the other case relied on Re a Company No.00792 of 1992, Tredegar Enterprises Limited [1992] 2 EGLR 39) on the basis that the tenant had entered into possession (or exercised rights of possession) and both parties were proceeding on the basis that a lease existed. The case(s) did not consider the effect of the equitable lease on third parties.

There was no prejudice to the Council, as had the landlord paid the NDR as originally demanded, it could have claimed an indemnity from the guarantor within the High Court proceedings.

Kerr J. held that the Council’s argument tried to stretch the principle in Walsh v Lonsdale too far (@ 49-51): –

“The closest analogy here, I therefore consider, is a case such as Brown where the receivers were not entitled to immediate possession because their right to possession was inchoate and never crystallised. Steps remained to be taken before the entitlement to immediate possession arose. Similarly, in the present case, the obtaining of an order for specific performance was a necessary step that needed to be taken by Padwick…

I bear in mind that specific performance is a discretionary remedy. Padwick could not, until Judge Keyser’s judgment and order, be sure that it would be able to persuade the court to grant that remedy on the particular facts, even though it was clearly in principle available once it understood that the defence of surrender was bad….

You can never be sure you are going to get specific performance until you have got it.

Andy Creer appeared on the appeal and below for the Respondent Guarantor.

[1] The Council had invited the District Judge to state the point, but he had declined as it had not been before him at trial.