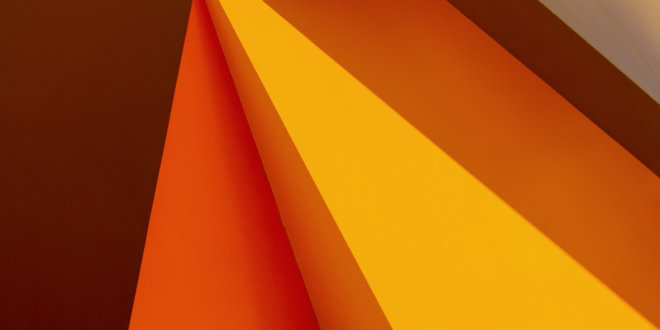 On 21 April 2020, Zacaroli J allowed an appeal brought against the decision of HHJ Saunders in Homes of England v Nick Sellman (Holdings) Limited. The case concerned Bromham Road Development LLP (BRD), a limited liability partnership which owned the freehold of a property situated at 51 Bromham Road, Bedford (the property). Homes of England (HoE) and Nick Sellman (Holdings) Limited (Holdings) are each 50% partners in BRD.  HoE alleged that Holdings, in breach of duties of honesty and good faith owed to HoE, and in breach of a duty to act in the best interests of BRD, delayed in executing documentation required to refinance the property. HoE alleged that this delay increased the amount required to redeem BRD’s original loan from Wellesley Finance plc by £206,933.21.

HoE originally claimed against Holdings directly in respect of those breaches. However, in its defence, Holdings asserted that HoE was not legally entitled to claim the pleaded losses because the true claimant was BRD and not HoE. HoE, therefore, sought to amend its claim to include a derivative claim on behalf of BRD.

The history of derivative claims is a long one. The rule in Foss v Harbottle, otherwise known as the rule preventing recovery of reflective loss, provides that where a wrong is done to a company, only the company could bring a claim to redress the wrong. It was a matter for the company whether that action should be brought. A breach of a director’s duty could be ratified by ordinary resolution of the members in general meeting.

However, where there had been a breach and the wrongdoers used their control of the company improperly to stifle a claim by the company, a “fraud on the minority” was said to result. The common law, drawing from the law of trusts, constructed a so-called derivative claim so as to provide the “defrauded” minority with relief.

Leading cases on derivative claims at common law included Prudential Assurance Co Ltd v Newman Industries Ltd (No.2), Barrett v Duckett and Daniels v Daniels. Those authorities provided that where a minority shareholder had no other remedy, he could sue where directors had used their powers, whether intentionally or unintentionally and whether fraudulently or negligently, in a manner which benefits themselves at the expense of the company.

Both the duties imposed on directors, and the means by which the fraud on the minority exception to the rule in Foss v Harbottle is preserved, have now been placed on a statutory footing in the Companies Act 2006.

CPR 19.9C sets out the procedure for bringing derivative claims by body corporates to which chapter 1 of part 11 of the Companies Act 2006 does not apply. This includes LLPs. CPR 19.9C(4) states:

“The procedure for applications in relation to companies under section 261, 262 or 264 (as the case requires) of the Companies Act 2006 applies to the permission application as if the body corporate… were a company.”

There is no mention there of section 263, although section 263 itself begins with the words:

“The following provisions have effect where a member of a company applies for permission… under section 261 or 262.”.

Zacaroli J concluded that because BRD was an LLP, in deciding whether or not to give HoE permission to continue the derivative claim, he was required to apply the common law test rather than the test set out in section 263 of the Companies Act 2006. This conclusion was consistent with the expression of the law set out in The Law of Limited Liability Partnerships by John Whittaker, and with the wording of the forms annexed to 19CPD.9.

The appeal was allowed and the derivative claim failed.

It is perhaps surprising that Parliament would have intended that derivative claims in respect of companies and LLPs should follow an identical and high prescriptive procedure yet should apply such apparently different tests. Furthermore, the common law test which is said to be applied at this permission stage in respect of LLPs is actually the test for the granting of substantive relief at common law, as permission to bring derivative claims was not required prior to 2006.

This case also highlights previous difficulties which the courts have faced in relation to derivative claims in respect of LLPs. In Harris v Microfusion 2003-2 LLP, the Court of Appeal said at paragraph 13:

“It has been common ground throughout that Chapter 1 of Part 11 of the Companies Act 2006 providing for a statutory derivative remedy, does not apply to limited liability partnerships.”

This passage appears to have overlooked CPR 19.9C, which was not cited before the Court of Appeal. In the instant case, Zacaroli J commented, at paragraph 26, that, “there is no authority which has determined this to be the correct interpretation of CPR 19.9C”. The view expressed by Zacaroli J would seem to be preferable to that expressed by the Court of Appeal on this point.

It seems unlikely that this will be the end of the process. There have long been calls for amendment to section 260 to 264 of the Companies Act 2006 to allow double derivative claims to use this process. It may be that this decision, coupled with the issues seen in the decision of the Court of Appeal in Harris v Microfusion 2003-2 LLP, will prompt legislative change clarifying the position in respect of LLPs. In the meantime, it appears that it will be significantly more difficult to obtain permission to bring a derivative action on behalf of an LLP than on behalf of a company.