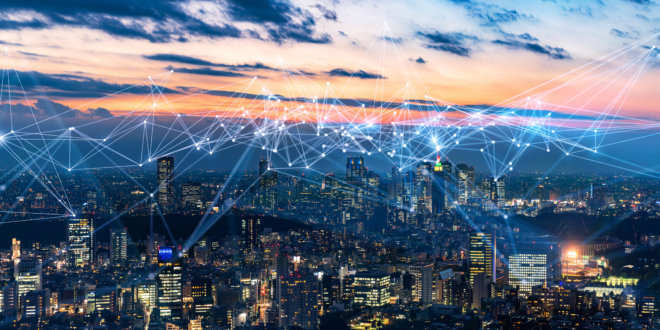 If modern international arbitration is considered to stand on two fundamental pillars (the New York Convention 1958 and UNCITRAL Model Law 1985), then its success is relatively recent.

The truth is that the current, established, arbitration community has come from a culture of litigation. As international arbitration develops, that community strives to find solutions to common problems and harmonise the different approaches to resolving international disputes, in search of a common standard.

It is common ground that this fact, in itself, requires there to be statements of case, evidence, an opportunity for case presentation and the decision-making process, based on that evidence and the applicable law. Beyond these basic elements, geography and culture begin to diverge.

The biggest notable difference is between civil and common law, although there are differences within those systems. This blog will highlight some of those differences, which I have come across in my experience.

Statements of case can be described in terms of form and content. When addressing form, there are differing views as to the best way to introduce a case. Generally speaking, civil lawyers, such as French and German practitioners, have a tendency to prefer memorials. These are narrative statements of case which include supporting documents and witness statements. It combines, to some extent, the statements of case with evidence.

This effectively frontloads the arbitration by requiring parties to carry out much of the necessary work prior to commencing proceedings. On the other hand, where memorials are used, they ordinarily dispense with the requirement for any form of disclosure or discovery to which English and Americans lawyers are accustomed. In systems that rely predominantly or exclusively on written advocacy, there can be several rounds of memorials replying and expanding on previous submissions.

By contrast, common law systems, such as Australia and Singapore, will often rely on traditional pleadings. Statements of case simply set out the cause of action, the facts giving rise to that cause of action and the remedy sought. There is a limited narrative and no or very few documents. The purpose is to identify the issues in dispute, which can separately then be addressed by way of evidence. Ordinarily there will be a claim, defence or counterclaim, reply and sometimes a rejoinder.

As already touched upon, the way parties choose to submit their statements of case will also have an impact in terms of disclosure or discovery. However, the matter does not end there. Soft law has sought to harmonise these different approaches to presenting documentary evidence.

The IBA Guidelines were designed to bridge the general civil and common law approaches. However, civil lawyers have not necessarily found them to have the desired effect. The Prague Rules, as civil law and led predominantly by Russian and eastern European lawyers, provide an answer to the IBA Guidelines. They offer a menu of options said to be more palatable to civil lawyers familiar with the memorials approach.

Another matter that goes hand in hand with disclosure and is seldom touched upon is legal privilege. Privilege is a common law concept. In those jurisdictions, there is a fundamental right to withhold documents from evidence on the basis that they contain confidential information between the lawyer and client.

Even within common law jurisdictions there are subtle distinctions within terminology and cover, such as “litigation privilege” or “lawyer work product”, developed by case law. However, civil law jurisdictions do not have a concept of privilege per se. There are concepts of lawyer confidentiality, but these amount to restrictions on lawyers from disclosing information. These are sometimes conflated but, under the common law, privilege is the sole property of the client and therefore can only be waived by the client.

Another issue that often arises is that of expert evidence. Some tribunals prefer tribunal-appointed experts, while others prefer party-appointed experts. The impartiality and independence of experts can also vary from place to place. Many jurisdictions, such as Brazil, very much regard the use of experts as technical assistants, or hired guns. There are pros and cons to this approach. For the more cynical, the thought of an expert being anything but partisan is somewhat of a stretch. It follows then, that regarding them as such is at least transparent. Others feel that an expert’s duty is to report their opinion independently of the party who pays them, with their sole duty owed to the tribunal.

There are cultural differences in the way that cases are presented at trial or final hearings. The first distinction concerns witnesses of fact. Many jurisdictions will not permit any coaching of witnesses in preparation of trial. In fact, in Switzerland, it is a criminal offence to interview a witness before trial. In England and Wales, coaching a witness amounts to professional misconduct.

On the other hand, in jurisdictions such as Italy and the US states, it would amount to negligence not to coach and rehearse evidence with a witness. Hours are spent before trial, undertaking preparation by way of mock trials and cross-examination. Of course, this preparation can sometimes be otiose, where a tribunal takes an inquisitorial approach to the cross-examination of witnesses. This is perfectly permissible if the parties have agreed to this style of hearing.

The extent of the trial can also vary. Many jurisdictions prefer closing submissions to take the form of written submissions, after the trial. This is also a tendency of civil jurisdictions, which are accustomed to paper heavy trials. Questions are put to the parties following receipt of those closing submissions. This may delay the timing of the issuing of any award, but it permits parties to reflect the evidence that has been adduced with care, and make detailed submissions on their respective cases. It would be difficult to imagine a domestic arbitration in Latin America or China where this would not be the case.

Again, common law jurisdictions, such as Hong Kong and New York, will have a preference for all matters to be dealt with orally at trial, unless there is insufficient time to deal with closing submissions orally. This provides for a more interactive and dynamic hearing. Of course, this also pre-supposes a culture where trial advocates are trained and accustomed to oral, adversarial advocacy and directly reflect the cultural differences imported directly from litigation.

When referring to cultural differences in decision-making in international arbitration, the starting point has to be the selection of decision makers. Many of the new international arbitration centres, such as Seoul, Dubai or Kazakhstan, have employed a selection of eminent former judges from common law jurisdictions to bolster their arbitration tribunals. It is regarded in many jurisdictions that ex-senior judges have all the necessary skills and abilities a good arbitrator needs, those being impartiality, reasoning, case and evidence management and so on. Others feel that arbitration is distinct from litigation and that judges simply judicialise the process.

Many jurisdictions with under-developed legal systems would never consider a judge. In fact, one of the reasons they may well have chosen arbitration is because they do not trust judges properly to address such technical and complicated subject matters. Civil law jurisdictions, such as China or Austria, will prefer many of their top arbitrators to be academics who have not necessarily practised law. Some comfort is taken from the familiarity of their publications, just as common law lawyers can refer to a former judge’s previous decisions.

Jurisdictions in the Asia Pacific region also look for other qualities, such as mediation accredited arbitrators. It is not uncommon for parties to seek decision makers to stay arbitration proceedings and act as mediators where appropriate. This is especially so in smaller arbitrations with a sole arbitrator. On the other hand, this would be virtually unimaginable in Europe or the USA.

In contrast, most continental European countries hold that no standard of proof is applicable, but the alleging party must prove their case to the judge or arbitrator. This gives more scope to the decision maker, but, conversely it gives the losing party more ammunition when it comes potentially to seeking to challenge an award.

As can be seen, there are several matters that arise from cultural differences in the way parties and their legal representatives may approach the conduct of international arbitration. Flexibility, one of the greatest benefits of the process, can also be one of its difficulties.

The only solution to the problem, if it is to be regarded as that, is to have experienced counsel and arbitrators. They will be able to better foresee some of the difficulties likely to arise ahead of time and address them from the outset. This chimes with their overall duties to treat the parties equally and give them a proper opportunity to put their cases, so as to render an enforceable arbitral award. For me, this is not really a problem, but rather the reason I find international arbitration the most interesting and exciting area of law.