Corporate dishonesty: getting your pleadings right 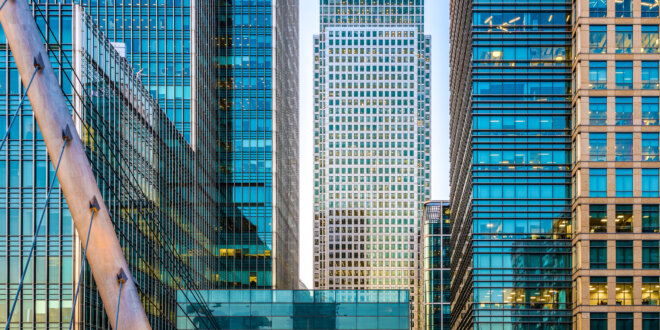 What must be pleaded when dishonest assistance is alleged against a company? Is there a special rule for large companies that differs from the rules applicable to individual natural persons?

This issue arose recently in Stanford International Bank Ltd v HSBC Bank Plc, when the Court of Appeal considered two claims by the liquidators of the claimant (SIB), a vehicle used for one of the “largest and most prolonged Ponzi schemes in history”, against HSBC, the defendant bank with which it held various accounts. One of those claims was for an account or equitable compensation in respect of HSBC’s alleged dishonest and/or reckless assistance in breaches of trust and fiduciary duty undertaken by SIB’s owner.

The parties were agreed as to the basic principles relating to accessory liability. Dishonesty is the touchstone (Royal Brunei Airways v Tan) and can take two forms.

Second, “blind eye knowledge”, which is imputed according to a two-stage test, as set out in Manifest Shipping v Uni-Polaris Insurance Co Ltd:

This case raised the interesting question of whether recklessness, amounting to gross negligence, can form the basis for a finding of dishonesty. Where the defendant is a natural person, the answer seems an easy “no”.  Where, however, the defendant is a large company, such as HSBC, with a vast range of natural persons representing the company at various times, should the answer differ?

The doctrine of corporate attribution recognises that, because “a corporation is an abstraction, its active and directing will must consequently be sought in the person of somebody … who is really the directing mind and will of the corporation” (Lennard’s Carrying Co. Ltd. v. Asiatic Petroleum Co. Ltd).

The “directing mind and will” of a company will often be the Board of Directors, but the real task is: “identifying those natural persons who by the memorandum and articles of association or as a result of some action taken by the directors, or by the company in general meeting pursuant to the articles, are entrusted with the exercise of the powers of the company“ (Tesco Supermarkets Ltd v Nattrass). This is sometimes called the “identification doctrine” and is often criticised for having the consequence that larger companies with complex management structures may be more readily absolved from criminal responsibility whilst smaller companies may not.

SIB’s case was summarised in its pleadings as follows:

“HSBC recklessly allowed systems to develop and a culture to become engrained in its employees which failed to pay any proper heed to the requirements of due diligence in the operation of correspondent banking relationships including in particular with SIB. This allowed warning signs and red flags to be missed and/or ignored and permitted SIB to be operated as a dishonest Ponzi scheme…such conduct amounts to corporate recklessness sufficient to give rise to liability for dishonest assistance”.

Given the parties were agreed that “it is not possible to aggregate two innocent minds to make a dishonest whole” (Armstrong v Strain and Greenridge Luton One Ltd v. Kempton Investments Ltd), it was a key part of SIB’s case that the test for dishonesty for large corporations, such as HSBC, is or should be different to that applicable to individuals.

“HSBC’s senior management dishonestly allowed HSBC to be run in such a way that nobody ever got to the point of realising that SIB was a massive Ponzi scheme. … SIB may never be able to identify those human beings and […], it does not need to do so, because the only relevant question is whether HSBC’s conduct was objectively dishonest.”

Such a claim in dishonest assistance was struck out at first instance, and the decision was upheld on appeal. The Court of Appeal (at paragraphs 45 to 47), the Court of Appeal (Sir Geoffrey Vos MR, with whom Moylan and Arnold LJJ agreed) identified three fundamental flaws with the submissions on the issue:

“44. First, SIB has disavowed alleging institutional dishonesty…SIB’s case was based on how HSBC applied its policies and procedures specifically to SIB. Yet, it has been unable thus far (despite having statements from those most closely involved with SIB and significant disclosure) to allege that any specific employee was either dishonest or suspected the Ponzi fraud and made a conscious decision to refrain from asking questions.

45. Secondly, the reality of SIB’s pleading, looked at as a whole, is that it is alleging gross neglect on a grand scale…If a plea of dishonesty were to be permitted in these circumstances, it would be to allow blind eye knowledge to be constituted by a decision not to enquire into an untargeted or speculative suspicion rather than a targeted and specific one. It would be to allow gross negligence to be the basis for a finding of dishonesty, which can never be the case.

46. Thirdly, SIB cannot hide behind the fact that HSBC is a large corporation. That makes no difference. As the cases show, if dishonesty and blind eye knowledge is to be alleged against corporations, large or small, it has to be evidenced by the dishonesty of one or more natural persons. The rules that have been laid down as to what amounts to dishonesty for the purposes of dishonest assistance cannot be circumvented…one cannot avoid the subjective dishonesty stage of the test in order to proceed directly to the objectively dishonest stage. …”

SIB sought to rely on Sofer v SwissIndependent Trustees SA. That case concerned a claim against a corporate trustee that required the claimant to prove a dishonest breach of trust. Such claim was struck out at first instance on the basis that the pleadings did not identify the individuals whom the claimant alleged to have the relevant knowledge at the relevant time.

On appeal, the Court of Appeal accepted the submission that it was not mandatory to do so at the outset, and that it was permissible for a claimant to provide such particulars subsequently, in an appropriate case, following disclosure.

In Stanford, Sir Geoffrey Vos clearly distinguished Sofer on the basis that it was “overwhelmingly likely that the [relevant person at the trust company…] would have been revealed on disclosure. At that point, the claimant would be able to identify the individual or individuals with the relevant knowledge.” In Stanford, however, SIB had accepted that it may never be able to identify the relevant persons, but that it should nevertheless be permitted to proceed.

Someone drafting a civil claim involving dishonesty against a company should consider the following points:

The difficulty with “dishonest assistance” claims specifically is that, without more, there will not be a “legislative purpose” to justify a special rule of attribution and the claimant will be constrained to asserting the dishonesty of individuals who form part of the directing mind and will of the company. With any large corporate that is likely to be a very high hurdle to cross.

Set against that, it is probably sufficient to survive a strike out to be able to raise a prima facie case of dishonesty by an unnamed individual within the corporate who, on a prima facie case is part of the directing mind and will of the company.