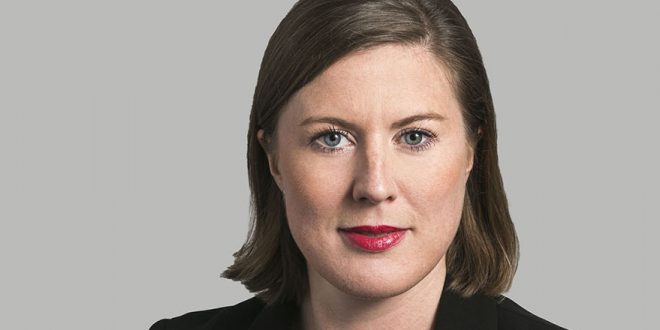 A plethora of issues were raised, and disposed of, by Fraser J’s recently handed-down judgment in Riva Properties and others v Foster + Partners Ltd, the most awkwardly entertaining one being the sense of pantomime arising from the court’s clear disapproval of the architect’s behaviour, which was described at various stages as “grubby”, “disingenuous” and “wholly unprofessional”.

Putting pantomime reluctantly to one side (or perhaps “behind you…”), the crux of the case was that Fosters had been negligent when they advised their client that a design that would cost £195 million to carry out and complete could be “value engineered” down to £100 million, a mere £25 million more than the client’s original budget of £75 million. The expert evidence was that such value engineering would have been impossible and the judge awarded the claimant, or at least the first claimant, just over £3.5 million for the professional fees wasted on account of the negligence advice. The rather heftier claim for loss of profits (around £16 million), was dismissed on the basis that the claimant’s inability to secure funding for the project was partly attributable to his lack of cash reserves and to the 2008 global financial crisis.

I won’t deal with the allegations themselves in any detail because they did not give rise to any particularly controversial points and were, in any event, dismissed in their entirety.

As to the principle at hand, the right to raise a plea of contributory negligence arises from section 1(1) of the Law Reform (Contributory Negligence) Act 1945, which states that:

“Where any person suffers damage as the result partly of his own fault and partly of the fault of any other person or persons… the damages recoverable in respect thereof shall be reduced to such extent as the court thinks just and equitable having regard to the claimant’s share in the responsibility for the damage.”

Section 4 of the Act defines “fault” as:

“… negligence, breach of statutory duty or other act or omission which gives rise to a liability in tort or would, apart from this Act, give rise to the defence of contributory negligence.”

That wording, as Fraser J recognised, gives rise to the possibility that contributory negligence can be raised by way of a defence even where a claim is brought exclusively in contract, so long as a concurrent duty in tort exists.

As Fraser J explained, the starting point where contributory negligence is raised against a professional, is to consider the nature of the defendant’s liability and the principles laid down by the Court of Appeal in the seminal case of Forsikringsaktieselskapet Vesta v Butcher.

Prior to the judgment in Vesta, there had been some conflicting authority (both between English authorities and between English and Australian lines of thinking) about whether the Act could apply to a contractual claim.

However, in Vesta, the Court of Appeal upheld the decision of Hobhouse J (as he then was) and his finding that before deciding whether contributory negligence can be raised, it was necessary to consider into which of three categories a claim fell. The three categories he identified were:

The short answer is that contributory negligence cannot be raised where a case falls into the first two categories, and only in respect of category three where (as has been said above), there is concurrent liability in tort.

Interestingly, the Court of Appeal in Vesta included Neill LJ, who had come to a contrary decision in a slightly early case of AB Marintrans v Comet Shipping [1985] 1 WLR 1270 (namely that, in a claim for breach of contract, apportionment of liability under the Law Reform (Contributory Negligence) Act 1945 was not permissible). Neill LJ had commented that his conclusions as to the construction of the Act may well lead to unsatisfactory results in some cases. Indeed, the majority of academic commentators would tend to agree that it would be intolerably unjust if a claimant was allowed to escape the consequence of their own negligence, merely by being canny in the drafting and framing of their claim.

Therefore, in almost all claims involving the appointment of construction professionals (such as architects, surveyors, project managers and the like), where the relevant breach of contract would be co-extensive with a free-standing breach of a tortious duty, category three will apply and it will be possible for the defendant to raise contributory negligence regardless of how the claim is put. The only restriction will be a case where the contract specifically excludes liability in tort (and so the possibility of bringing a contrary claim in contributory negligence).

In the context of a construction contract, it is likely that a contract will fall into the second category, such that it would not be possible to raise contributory negligence, where you have a “simple” building contract of the type envisaged in Robinson v PE Jones (Contractors) Ltd. That is to say, a contract where the builder’s obligation is simply to build what they are told to build and it was not envisaged that the parties would be in a professional relationship, as would be the case with an architect, for example.

Of course, whether there has in fact been an assumption of responsibility under Hedley Byrne principles under a building contract, such that it moves from category two to three, will be a matter of fact and degree.