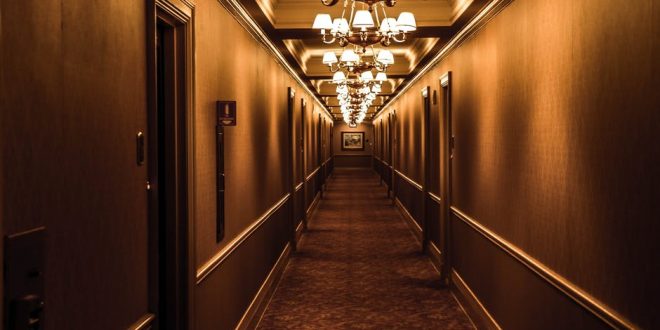 Alexander Bastin discusses the Supreme Court’s decision in S Franses Ltd v The Cavendish Hotel (London) Ltd [2018] UKSC 62 on whether a landlord can oppose the grant of a new tenancy by relying on section 30 (1)(f) of the Landlord and Tenant Act 1954, if the works which it says it intends to do have no purpose other than to get rid of the tenant.

The Supreme Court’s judgment in this case has been eagerly awaited by property practitioners given its importance both to those with Landlord & Tenant Act 1954 (LTA 1954) tenancies and those contemplating entering into them.

Mr Franses’ landlord, the owners of the upmarket Cavendish Hotel off Jermyn Street in St James’s, London, appear to have had it in for Mr Franses from the start. Not only did the landlord serve a section 25 notice under the LTA 1954, relying upon grounds (d) (alternative accommodation) and (f) (redevelopment) of section 30(1) of the LTA 1954, but it also started the forfeiture ball rolling by serving a possibly spurious section 146 notice under the Law of Property Act 1925 alleging all kinds of health and safety and fire-related breaches of covenant.

Mr Franses bravely and gamely resisted both the LTA 1954 proceedings and threatened forfeiture but it cannot have been easy.

At first instance, HHJ Saggerson found that the Cavendish Hotel’s plan to sub-divide Mr Franses’ premises into two new retail units incorporating part of the hotel involved elements that had “been contrived only for the purposes of Ground (f)”. This was because many elements of the proposed work were objectively useless: the artificial lowering of the basement floor slab achieving nothing other than the creation of an impractical stepped floor in one of the new retail units, the wholly unnecessary repositioning of smoke vents and the demolition of an internal wall followed by its immediate replacement with a similar wall in the same place. The cost was estimated at £932,000 (including VAT) for the works plus the £324,000 statutory compensation payable to Mr Franses.

The artificiality of the scheme was underlined by first, the fact that the proposed works had no practical utility as no use could be made of them without planning permission for change of use which the landlord did not intend to seek, and second, one of the landlord’s directors admitting during cross-examination that the works were “designed purely for the purpose of satisfying Ground (f)”, that they would not be undertaken if Mr Franses left voluntarily and that if the court ruled against the landlord on ground (f), the works would not be carried out at all. The director did, however, give an undertaking to start the works as soon as vacant possession had been obtained and to proceed diligently to complete them as specified.

HHJ Saggerson declined to order a new tenancy having concluded that the landlord’s then current intention was firm, settled and unconditional, that both the subjective and objective elements of the legal test for ground (f) were satisfied as the landlord did genuinely intend to carry out the work. He did, however, find that the proposed works were “designed with the material intention of undertaking works that would lead to the eviction of [Mr Franses] regardless of the works’ commercial or practical utility and irrespective of the expense”.

Little needs to be said about Mr Franses’ appeal to the High Court. Jay J agreed with HHJ Saggerson’s decision but gave permission for a leap-frog appeal to the Supreme Court, justified because the County Court’s decision was based upon Court of Appeal and House of Lords authorities that all a landlord had to do was satisfy the two-part test of (a) a genuine intention to do the works, and (b) a practical ability to do them (in other words, there was no point going to the Court of Appeal as it was bound by precedent).

As an aside, the origin of the two-part test lay in the Court of Appeal’s decision in Cunliffe v Goodman [1950] 2 KB 237 concerning a claim for damages for breach of a repairing covenant on expiry of a lease. One issue was the landlord’s intention at the end of the tenancy and Asquith LJ’s judgment has come to be treated as a general definition of intention. There then followed the enactment of the LTA 1954 and a subsequent line of weighty authority concluding that “in general, motive is irrelevant, provided that there is a genuine intention to demolish or reconstruct” (per Staughton LJ in Turner v Wandsworth Borough Council [1994] 69 P&CR 433).

As Lord Sumption put it, the question which arose for the Supreme Court was whether a landlord can oppose the grant of a new tenancy if the works which it says it intends to do have no purpose other than to get rid of the tenant and would not be undertaken if the tenant were to leave voluntarily.

In short, the Supreme Court held that a landlord’s intention to demolish or reconstruct (ground (f)) must exist independently of the tenant’s statutory claim to a new tenancy, so that the tenant’s right of occupation under a new lease would obstruct that intention.

The Supreme Court’s judgment means that an LTA 1954 tenant at the end of its term is a little safer and that the genuineness of a landlord’s intention (is it conditional on getting possession?) will now be very much in issue. It is no longer enough for a landlord to set up a good-looking redevelopment plan and show that it has the will and the ability to carry it out. It is easy to foresee an increase in complexity, and therefore cost, to ground (f) (and ground (g) for that matter) renewal proceedings with this new issue having to be explored, most likely with expert evidence as to possible alternative schemes for carrying out works.

Although a landlord with genuine redevelopment plans need not worry, landlords ought now to ask themselves “will I carry out the works if the tenant leaves voluntarily?”. It will be interesting to see if there is now a shift towards landlords offering contracted out tenancies so as to be sure of getting possession at the end of the term.