Home > Clawback in property transactions: what could go possibly wrong?

Clawback in property transactions: what could go possibly wrong? 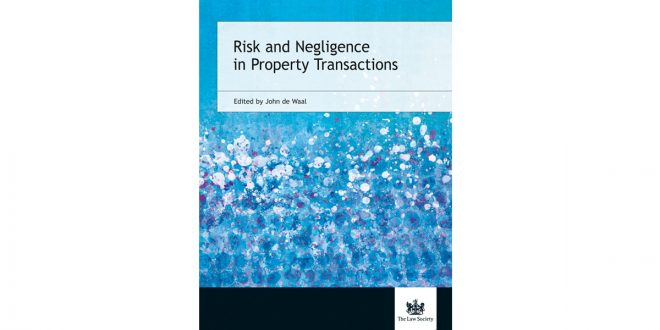 John de Waal QC offers a sneak peek into this new textbook on risk and negligence published by The Law Society and edited by John and a largely Hardwicke team, revealing tips on how to avoid risk in property transactions relating to overage.

Conveyancing remains the riskiest area of professional practice for a solicitor to engage in and is responsible for approximately 60 per cent of professional indemnity claims made against members of the profession. There is also increasing pressure on fees, so the ratio of risk to reward is high.

In our upcoming book, Risk and Negligence in Property Transactions, we have attempted to identify the various pitfalls and common mistakes that can be made in the conveyancing process.

In this article, I look at just one aspect of practice: the agreement to provide overage on the sale of land which has potential for development.

Two areas where things can easily go wrong are:

On the valuation date, the relevant planning application had been recommended for approval by the local planning authority’s officers – all that was needed was approval from the committee itself. On that basis, Walton was able to argue that the difference between the two values (and thus the overage) was negligible. In the event, Mr Justice Peter Smith resolved the problem in Staffordshire’s favour by construing the term ‘the Permission’ to include the planning officer’s recommendation. Had it not been for this slightly strained interpretation of the word ‘permission’, it is undoubtedly the case that Staffordshire’s solicitors would have been the subject of a claim.

Of course, even when the right answer emerges from litigation, the successful party has still spent time and money defending its position, and the solicitors who allowed an ambiguous agreement to be executed will have had to notify their professional indemnity (PI) insurers.

A different problem arose in Sparks v Biden [2017] EWHC 1994 (Ch). The landowner, Mr Sparks, had entered into an agreement with the developer, Mr Biden, for the development of eight new houses on land that he owned. An option agreement was entered into for sale of the land for £600,000 and an overage payment of 33.3 per cent of the sale price of each constructed dwelling, being the sale of the freehold or long leasehold. Mr Biden exercised the option, built the houses, but decided to let them out on assured shorthold tenancies (ASTs). Thus, he contended, no overage was payable.

In response, Mr Sparks argued that a term was to be implied into the agreement requiring Mr Biden to market and sell each of the newly constructed houses as soon as reasonably practicable. The argument before the court therefore proceeded by reference to what was, and is, the leading case on the implication of terms into a contract – Marks v Spencer plc v BNP Paribas Securities Services [2015] UKSC 72 – which confirmed that, for a term to be implied into a contract:

The judge (His Honour Judge Davis-White QC) felt able to imply the term the seller required, on the basis that the obligations on the developer to progress the development were based on the assumption that an overage would be payable in due course since without it, ‘the Option Agreement lacks practical or commercial coherence.’

Again, the fact that the option agreement was unclear on the point that was litigated would have meant that both firms of solicitors involved in the drafting would have had to notify a circumstance, if not a claim, to their PI insurers.

Turning to the second area where problems arise, an obligation to pay overage is a positive obligation, and thus a covenant by the transferee cannot run with the land. Draftsmen have occasionally tried to get around this problem by drafting a restrictive covenant preventing the developer from starting construction of the houses unless they have paid the specified sum to the owner. This is a clumsy and unsatisfactory way of proceeding, as of course is the failure to protect one’s client’s position at all, which is what happened in Akasuc Enterprise Ltd v Shirreff [2003] EWHC 1275 (Ch).

Akasuc was a solicitors’ negligence claim. An agreement was agreed for the sale of land by Akasuc to a developer, Mansard, for £619,500 and an overage of 20 per cent on the sale of each property (and 30 per cent of sales above £3m). The defendant solicitors did not enter a caution or restriction in the register protecting Mansard’s promise to pay overage and, one month later, Mansard sold the property to another developer, Charles Church, free of the obligation. Charles Church developed the site and received a total of £5m. The claim in negligence was for £930,000. Mr Justice Peter Smith approached the claim as a loss of a chance claim and assessed the value of that chance as £250,000. Thus, Shirref’s PI insurers were required to indemnify their client against this sum and costs, and the claim will have had a significant impact on the firm’s renewal.

The correct approach to ensure that overage is payable by a developer’s successor in title is to enter a restriction on the register which prevents registration of title by a purchaser in the absence of a certificate from the original owner’s solicitor confirming that the purchaser has entered into a deed of covenant with the original owner in the same terms as the original parties to the option agreement. Unless this is done, the landowner’s position is not protected, and there remains a risk that overage will not be recoverable with a consequent claim.

Risk and Negligence in Property Transactions will be published by the Law Society in October 2018. The book contains specialist chapters on both planning and environmental issues.