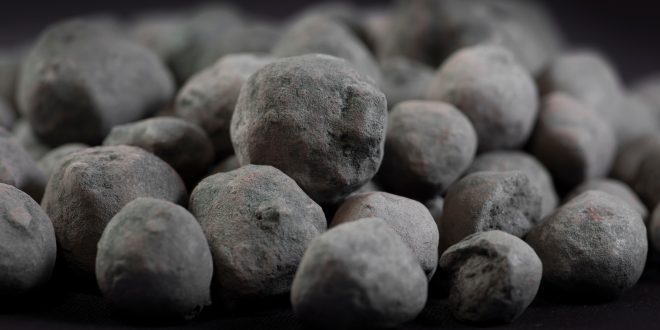 Exceptions Clauses, Force Majeure, or Frustration – does it make a difference?  The Court of Appeal considers Causation and Damages for a clause exempting liability for loss or failure “resulting from” events beyond the parties’ control.

A long-term contract of affreightment dated from June 2009 between the parties provided for shipments of iron ore pellets from Brazil to Malaysia.  The case concerned shipments which should have taken place between July 2015 and June 2016.  The Appellant was the shipowner and the Respondent was the charterer.

Teare J’s findings, unchallenged on appeal, were that: (1) as a result of a dam burst on 5 November 2015 halting operations at the relevant iron ore mine, it was impossible for the Respondent to perform the contract in respect of the shipments in issue; but (2) even if the dam burst had not occurred, the Respondent would have defaulted anyway for other reasons, such as the fact no shipments had taken place during the second half of 2015 due to a collapse in demand in the Malaysian markets.

The Respondent contended it was protected from liability for breach of what was otherwise an absolute duty to supply cargoes by clause 32 of the contract:

Neither the Vessel, her Master or Owners, nor the Charterers, Shippers or Receivers shall be Responsible for loss or damage to, or failure to supply, load, discharge or deliver the cargo resulting From… [a long list of typical force majeure-type events]; or any other causes beyond the Owners’, Charterers’, Shippers’ or Receivers’ Control; always provided that any such events directly affect the performance of either party under This Charter Party. If any time is lost due to such events or causes such time shall not count as Laytime or demurrage (unless the Vessel is already on demurrage in which case only half time to count).

The Appellant contended that as a simple matter of contractual construction, clause 32 required the Respondent to prove that, but for the dam burst, it could and would have performed the contract in accordance with its terms.

Teare J accepted that the question was whether the ‘but for’ test has to be satisfied where a force majeure or exceptions clause provides a defence to a claim in damages for breach of the contract.  Ultimately, the Judge preferred the Appellant’s construction of the clause.

However, only nominal damages were awarded because, due to the dam burst, the contract could never have been performed.  This was beyond both parties’ control, which meant that Appellant could never have earned freight in respect of the shipments affected.  The appropriate measure by which to calculate damages was therefore the difference between the Appellant’s actual position and its position if the Respondent had been ready and willing to perform.

The Appellant appealed on the measure of damages and the Respondent cross-appealed on liability.

The Court of Appeal: Liability

Males LJ (with whom the other members of the Court agreed) approached clause 32 without any predisposition as to the construction which should be adopted, or any need to avoid what are said to be the unfair consequences of adopting one or other of the rival constructions. It was simply a matter of construing the words of the clause, and the following were considered relevant:

On causation, Males LJ considered that the words “resulting from” together with the requirement that the events in question “directly affect the performance of either party” imported a causation requirement which could, in principle, mean merely that the event renders performance impossible. However, the combined effect of these phrases suggested a more demanding requirement:

It is a valid use of language to say that a failure to supply the cargo (or even a cargo) does not “result from” an event if in fact the event makes no difference because the [Respondent] was never going to supply a cargo anyway. Similarly, the proviso refers in my view to the performance which would have been rendered if the event or cause had not occurred. If the accident at the mine did not cause the [Respondent] to do anything different because it had no intention of supplying a cargo anyway, it is fair to say that its performance was not “directly affected.”

Males LJ therefore agreed with Teare J that the Respondent’s failure to perform did not ‘result from’ the dam burst, and that the burst could not fairly be said to have ‘directly affected’ the performance of the Respondent’s obligations.

The Court of Appeal: Damages

Having concluded that clause 32 did not provide the Respondent with a defence, Males LJ found that Teare J had misapplied the principle authoritatively established in Robinson v Harman (1848) 1 Exch 850 that damages for breach of contract compensate the innocent party’s loss of bargain.

The present case, concerning an actual breach, was also distinguished from the line of authority established in The Golden Victory [2007] UKHL 12 which holds that where a contract would have become frustrated in any event following an anticipatory breach, that frustrating event should be taken into account when assessing damages under Robinson v Harman.

It was agreed that resulting calculation came to just over US$19 million, and damages were so awarded.

First, although the doctrine of frustration, force majeure clauses, and exceptions clauses share many similarities, where a provision is clearly intended as an exceptions clause, it must be interpreted on its own terms in accordance with the usual rules of contractual construction.

Second, although in cases of anticipatory breach, it may be appropriate to take into account a party’s willingness to perform and whether, even if willing, it would nevertheless have been excused from performance by later events; in cases of an actual breach of an absolute obligation, the reason for failure to perform or subsequent impossibility are irrelevant to calculating expectation damages under Robinson v Harman.