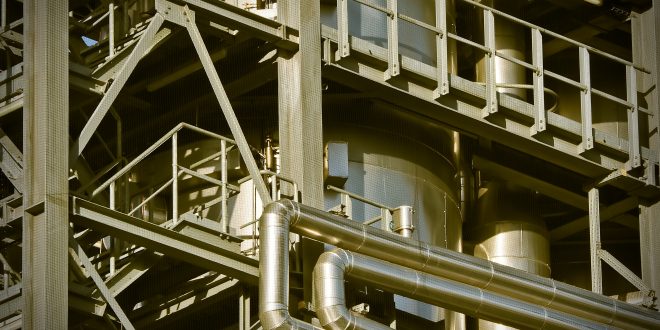 The shipowner, Classic Maritime, was engaged in a long contract of affreightment (“COA”) for the carriage of iron ore pellets from Brazil to Malaysia with Limbungan, the charterer.

Under an addendum to the COA dated 30 June 2014, Limbungan had undertaken to ship iron ore pellets from Tubarao or Ponta Ubu in Brazil to Port Kelang or Labuan in Malaysia.

On 5 November 2015 the Fundao tailings dam burst. As a result, Samarco suspended its mining operations and ceased to supply iron ore. Alternative supplies from Vale were also unavailable. Due to the accident, Limbungan was unable to fulfil its shipment obligations. Classic Maritime then sued for damages for breach of the COA.

Clause 32 of the COA provided that:

“Neither the vessel, her master or Owners, nor the Charterers, Shippers or Receivers shall be Responsible for loss of or damage to, or failure to supply, load, discharge or deliver the cargo resulting from: Act of God,…floods….accidents at the mine or Production facility….or any other causes beyond the Owners’ Charterers’ Shippers’ or Receivers’ control; always provided that such events directly affect the performance of either party under this Charter Party…”

The question in this case was whether Limbungan could rely on this force majeure clause to excuse it of liability to Classic Maritime for failing to provide cargo for shipment.

One of the issues in dispute between the parties was whether Clause 32 imposed a ‘but for’ test of causation. If it did not, then the force majeure clause could be relied on regardless of whether the event in question was a but for cause of Limbungan’s failure to ship the goods.

Teare J held that clause 32 did impose such a test. This is because the wording of Clause 32 imported a causation requirement by use of the words ‘resulting from’ and because the force majeure event had to ‘directly affect the performance’ of either party.

Teare J also distinguished the present case from authorities where force majeure clauses were held not to impose a causation requirement, as in the case of Continental Grain v STM Grain [1979] 2 Lloyds Reports 460.

The distinction, in his view was between force majeure clauses that acted as contractual frustration clauses and those that merely provided a defence against a claim in damages for breach of contract. The former did not require ‘but for’ causation anymore than the doctrine of frustration did. Its purpose was to provide for the termination of the contract upon an event.

The latter, on the other hand was concerned with excusing a party from liability for breach, and, “in such a context it would be a surprise that a party could be excused from liability where…the party would not have performed in any event for different reasons.

”As the purpose of Clause 32 was to excuse liability for breach, Teare J held that ‘but for’ causation had to be established for it to be relied on.

On the facts of the case, ‘but for’ causation was not established. This was because months before the dam had burst, the purchasers, Lion and Antara had no demand for iron ore and had stopped buying from Samarco. It was found that Limbungan had defaulted on its obligations under the COA previously, for two shipments between July and October 2015. Although demand for iron ore pellets did resume, this occurred after the dam had burst. In light of those circumstances, Teare J found that even in the absence of the dam burst, it was more likely than not that Limbungan would have failed to perform its obligations. Limbungan was therefore not entitled to rely on its force majeure clause.

Despite finding that Limbungan could not rely on the force majeure clause, Teare J rejected Classic Maritime’s claim for damages on the basis that no actionable loss had been suffered.

Applying the compensatory principle, Classic Maritime’s position as a result of Limbungan’s breach had to be compared with its position had Limbungan not breached its obligations.

But as Teare J identified, the ‘application of the compensatory principle in that way appears to be unrealistic because it ignores the reason why, on the facts of this case, Limbungan was in breach of its duty.’

The reason Limbungan was in breach of its duty was because it was not willing and ready to fulfil its obligations due to the lack of demand from the purchasers. And this was so regardless of the dam bursting. Had it been willing, however, it would not have been able to fulfil its obligations precisely because the dam had burst, and it would not be liable because the force majeure clause would then have applied.

In other words, Classic Maritime was not entitled to its damages because to award it would be to put it in a better position than one where Limbungan was ready and willing to perform its obligations– it would put Classic Maritime in the position where the dam had never burst at all.

The decision in Classic Maritime establishes that where a party relies on a force majeure clause, it will have to prove causation if that clause solely provides for the exclusion of liability for non-performance. On the other hand, causation will not be necessary if the clause operates to bring the contract to an end.

If Teare J is correct then the party in breach, who cannot establish causation, can always, counter-factually rely on the fact that it would have relied on the force majeure clause if the event had in fact been the cause of its non-performance. On that basis no actionable losses would ever be suffered by the party claiming damages. It is questionable whether that should be the position of the law.