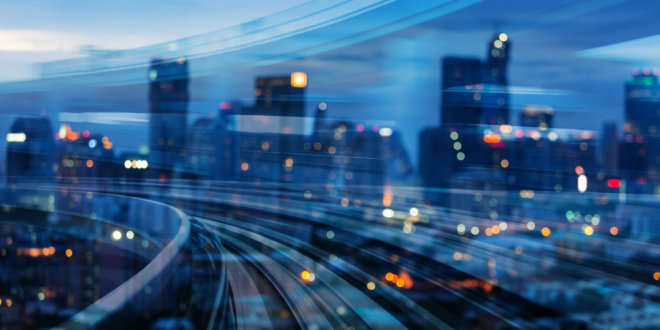 The Claimant was the Beneficiary under a Trust and, by Part 8 Claim Form dated 14 June 2016, sought to remove the Defendant trustees (‘the Removal Claim’). Three grounds had been advanced, which included the allegations that the First Defendant (‘the Trustee’) had attempted to buy one of the trust properties at an undervalue, and that there had been a lack of disclosure of financial and accounting information.

The parties subsequently agreed that the focus of the litigation should change. By an Order dated 13 September 2017 by consent, the trial of the Removal Claim was vacated and directions given for the taking of an account in common form (‘the Account Claim’). During the course of the new proceedings, the Beneficiary made a Part 36 Offer expiring on 28 December 2018. This was ultimately not beaten.

After a series of ex tempore judgments, by an Order dated May 2019, the Trustee was found liable to pay £52,701.54 plus interest in the agreed sum of £4,000 to the credit of the Trust. The matters in respect of which this adjustment was ordered related to matters either admitted or relied upon in the Account claim by reference to an undisputed list of thirteen ‘ready reckoners.’  The Beneficiary alleged that seven of these amounted to breach of trust.

Asplin LJ (with whom the other members of the Court agreed) began by reviewing s 31(1) of the Trustee Act 2000, which forms the basis for the general proposition that a trustee is entitled to reimbursement or to pay out from the trust fund expenses properly incurred when acting on behalf of the trust. In the context of litigation, this general proposition is supplemented by CPR 46.3, which holds that a trustee or personal representative is entitled to be paid the costs of proceedings, insofar as they are not recovered from another person, out of the relevant trust fund or estate on the indemnity basis.

Asplin LJ considered, therefore, that the test for whether the indemnity is available best expressed in the form of two questions: were the expenses (1) properly incurred?; and (2) incurred when the trustee was acting on behalf of the trust? In the context of litigation, Asplin LJ noted that 46PD.1 further provides that whether costs were properly incurred depends on all the circumstances, including whether the trustee: (a) obtained directions before bringing or defending proceedings; (b) acted in the interests of the fund or in substance for the benefit other than for the fund (including the trustee’s own); or (c) acted unreasonably in bringing, defending, or in the conduct of proceedings.

It followed, therefore, that the appeal in relation to the Removal claim must be dismissed. Given that trial had been vacated and no findings were made as to the Trustee’s conduct, in these circumstances, she was entitled to the benefit of doubt as to whether the costs were properly incurred or she had been acting in the interest of the Trust. Asplin LJ drew attention to PD 46.1 para 1.2, which expressly provides that a trustee is not to be taken as having acted for a benefit other than that of the trust fund by reason only of the fact that he has defended a claim in which relief is sought against him personally.

In relation to the Account claim, Asplin LJ recognised that an account in common form differed from a claim for breach of trust in that there is not necessarily any suggestion that the trustee has committed any wrongdoing. This did not, however, mean that wrongdoing or misconduct could not be found in claims for an account. In this regard, Asplin LJ considered that the judge below had erred by giving insufficient regard to the nature of the matters recorded in the ready-reckoner which formed the basis of the adjustment to the trust; these could not be characterised as mere accounting errors or mistakes, but rather revealed serious misconduct and breaches of trust, including retention of the proceeds of sale of a trust property and application of trust funds for personal use.

Although it is generally in the interests of a trust that accounts be provided, in respect of the seven matters in the ready-reckoner allegedly amounting to breach of trust, Asplin LJ considered that the Trustee had been defending the claim for her personal benefit rather than in the interest of the Trust. The appeal in relation to the Accounts claim was therefore allowed.

This case provides useful guidance on costs in trust litigation, particularly as use of trusts in both traditional and commercial contexts gives rise to an increasingly complex body of law. It is especially worth noting Asplin LJ’s reference to McDonald v Horn [1995] ICR 685; a case in which Hoffmann LJ broadly categorised trust disputes as falling into three broad types and made the following costs observations in respect of each:

From the circumstances of the present appeal, Asplin LJ further observed that

Finally, Asplin LJ referred to Millett LJ’s observation in Armitage v Nurse that it “offends all sense of justice to allow a trustee to recoup themselves of the trust fund for the costs of unsuccessfully defending themselves in relation to breaches of trust” and further added that the policy applies in relation to serious misconduct. Asplin LJ considered that misconduct in this context should be construed widely to extend beyond simple dishonesty to include conduct which is unreasonable in the circumstances, but not to mere mistakes.