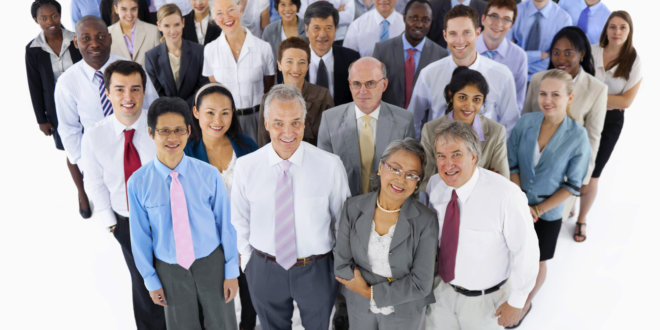 The judgment Re Carluccio’s Ltd [2020] EWHC 886 (Ch) provides some much-needed clarity on the interrelation of the Furlough Scheme and the requirements of insolvency legislation.  It is to be commended for its clarity and for the fact that it had to construe the workings of the Furlough Scheme in the absence of any statutory guidance as to its implementation.  It is to be hoped that, when the Government comes to enact the necessary legislative measures (including perhaps amendments to Schedule B1 and IR 2016), that it does so with this judgment very firmly in mind.

Carluccio’s Ltd (“the Company”) went into administration on 30 March 2020.  Up until a fortnight earlier, when the Government announced that all restaurants should close due to the Covid-19 pandemic, it had operated a nationwide chain of 70 Italian restaurants and employed around 2,000 employees.  A few days later, on 20 March 2020, the Chancellor announced that the Government was setting up a new and unprecedented Coronavirus Job Retention Scheme (“the Furlough Scheme”).  Since then no draft legislation has been published and the Government has offered only very limited guidance (“the Scheme Guidance”).  The Scheme Guidance makes it clear that the Furlough Scheme was intended by the government to apply to companies in administration, although it offers next to nothing by way of guidance as to exactly how this might operate in practice and in particular how the administrators could be entitled to pay the employees under the Furlough Scheme in a way that was consistent with the requirements of insolvency legislation.

On 9 April 2020, the Administrators applied to court for directions and judicial guidance as to how they could put into effect the Furlough Scheme in the context of the Administration and in particular how to do so in accordance with insolvency legislation and especially the interplay between the Furlough Scheme and paragraph 99 (in particular para 99(5)) of Schedule B1 to the Insolvency Act 1986 (“Schedule B1”).  In effect, para 99 of Schedule B1 (confirmed by r 3.51(1) of the Insolvency (England and Wales) Rules 2016 (“IR 2016”)) provides that post-administration employee costs acquire super-priority where the contracts of employment were adopted by the administrator but that nothing done within the first 14 days after the appointment of the administrator shall amount to or contribute to the adoption of the contracts and no account shall be taken of any liability arising by reference to anything that is done or that occurs before the adoption.

Snowden J, having heard Counsel for the Administrators and also having the benefit of submissions made on behalf of Unite the Union (representing the interests of some of the employees concerned), gave the directions and subsequently handed down judgment on Bank Holiday Monday 13 April 2020.

The Judge first considered the effect of the Variation Letter on the contracts of employment.  He concluded that, with respect to the Consenting Employees the Variation Letter amended their contracts of employment so as to limit the liability of the Company to pay them only such funds as the Company actually receives for each of them under the furlough Scheme.  The effect on the Objecting Employees was simply that their contracts would not be adopted and they would be made redundant (the liabilities in respect of which employees ranking as ordinary provable debts).  The question was less straightforward in relation to the Non-Responding Employees.  Having considered the relevant passages of the decision of the Court of Appeal in Arbrahall v Notingham CC [2018] ICR 1425, [85][-89], [107]-[110], the Judge determined that the contracts of the Non-Responding Employees could not be taken to have been impliedly varied: (1) because the kind of implication envisaged in Arbrahall required the employees to continue to provide their services, which would be absent in the present lockdown circumstances, so that there would be no conduct from which such a variation could be implied; (2) the Scheme Guidance required employees and their employer to respond positively to the employer in order to engage the Furlough Scheme; (3) the terms of the Variation Letter made it expressly clear that a positive response was required by a specified date in the absence of which the employee risked being made redundant; and the existence of the few Objecting Employees suggested that, even though the proposal made in the Variation Letter could be regarded as manifestly advantageous to the employees, there were circumstances (of which the Court was ignorant) that might lead individual employees to reject it, so that the implication was not necessarily sound.  That left open the question of whether the unvaried contracts of the Non-Responding Employees might be unintentionally adopted, with adverse consequences for the Company in administration and the Administrators.

The Judge did not derive any assistance from para 66 of Schedule B1.  He also rejected the suggestion that that para 99(5) required the employees in question actually to render their services to the company in administration, so that it could have no application to the present situation under the Furlough Scheme.  He then the seminal decision on the meaning of adoption in this context and the concomitant super-priority for employee liabilities in Powdrill v Watson & Anor (Paramount Airways Ltd) [1995] 2 AC 394, at 448E-449B, 449F-450B and 452C-D, per Lord Browne-Wilkinson.  The Judge drew from this that the mere fact that an administrator failed to terminate an employee’s contract of employment would not necessary mean that the contract had been adopted: adoption required an election on the part of the administrator.  In the normal context, where the company in administration remains open for business, that can be inferred from the fact that the company requires the employee to attend for work; but the concept of adoption meant that the super-priority applied to services rendered to the company in administration.  Nothing in the speech Lord Browne-Wilkinson in Paramount went so far as to suggest that the mere continued existence of the employment contract after 14 days necessarily incurred the super-priority implications of what is now para 99 of Schedule B1.  This conclusion was supported by the decision of Laddie J in Re Antal International Ltd [2003] BCLC 406.

The Judge then went on to consider the position of the three classes of employees in this case.

The Judge made declarations and gave directions accordingly.