Home > Can God create a stone s/he cannot lift?

Can God create a stone s/he cannot lift? 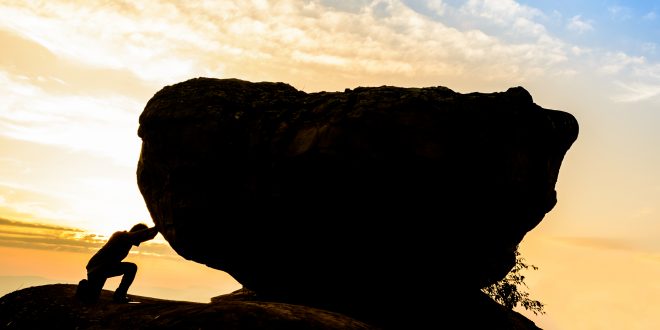 Since at least medieval times, philosophers have struggled with what has become known as the “omnipotence paradox“:

“If God is all powerful, can s/he create a stone so heavy s/he cannot lift it?”

Thomas Aquinas and Rene Descartes, among others, would no doubt be relieved to know that the English Supreme Court has now resolved the matter (in Rock Advertising v MWB Business Exchange Centres). At least, that is no doubt what Lord Sumption would like us to think. There may also be some construction lawyers rifling back through recent advices to check whether a swift re-think might be necessary.

This case revisits the well-trodden question of whether a contractual clause purporting to prohibit oral variations – a “no oral modification” or NOM clause – can actually prevent the parties from subsequently agreeing such an oral variation. Can the parties limit their own power in such a way and, if they could, what could stop them just agreeing to vary that term or enter into a fresh contract on new terms?

It had seemed that following some inconsistent Court of Appeal decisions in the early part of this century, the law had settled on the answer that the parties remain free at all times to agree whatever they like, including how they might vary the initial contract. The detailed analysis provided by Beatson LJ in Globe Motors v TRW Lucas, albeit obiter, was widely thought to have resolved the matter for good, especially when it was followed as part of the ratio by a differently constituted Court of Appeal in MWB Business Exchange Centres v Rock Advertising.

Not so, according to Lord Sumption, when the case came to the Supreme Court.

Lord Sumption took the view that party autonomy only operates up to the point the contract is made but, thereafter, it is regulated by what the parties have agreed. Just as statute might prescribe formalities for making or varying particular contracts, the parties should be entitled to adopt the same approach by agreement. He considered the analogy of entire agreement clauses to be helpful, which the courts have generally been willing to enforce.

What of the argument that parties who in fact agreed an oral variation, in spite of a NOM clause, must have intended to vary or dispense with the clause? On the contrary, said Lord Sumption, the parties have agreed that oral variations are invalid. If they purport to agree an oral variation, then, as agreed, that is invalid.

Is that the end of the matter?

Although three of the Lord Justices agreed with Lord Sumption, there were two important limitations to the decisions:

I have to say that I prefer Lord Briggs’ approach.

Lord Briggs’ approach polices the process by looking at the genuine shared intention of the parties, which, it seems to me, is the better way of dealing with this.

Despite my and (more pertinently) Lord Briggs’ caution about the decision, its impact is likely to felt across the construction industry. Construction projects are notorious for oral instructions and variations. Most standard forms have bespoke provisions as to how these are to operate. For example, clause 3.12 of the JCT Standard Building Contract with Quantities, 2016 Edition, just like its 2011 predecessor, provides that oral instructions are of no effect unless or until confirmed by the contractor in writing or complied with by the contractor and subsequently confirmed. What is more, there is nothing stopping the parties agreeing a full-blown NOM clause, which we now know would be upheld in principle by the courts.

In either case, the potential for mayhem is almost limitless and I am not persuaded that the Supreme Court decision will assist.  I think construction cases will be a fertile ground to test out how the “estoppel exception” might play out. Nevertheless, don’t be surprised to find parties seeking to introduce NOMs into contracts in the hope of keeping control of the terms, despite what might actually be happening on the ground.

In the meantime, now that the Supreme Court have solved the omnipotence paradox, we can but look forward to their impending decision in Chicken v Egg. Or is that Egg v Chicken?