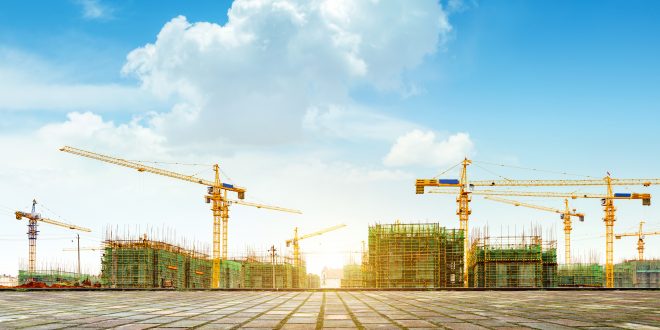 The Housing Grants, Construction and Regeneration Act 1996 created hybrid contracts, and with that, complications as to the relationship between these contracts and the Act. In the significant case of C Spencer Limited v M W High Tech Projects UK Limited [2020] EWCA Civ 331, Lord Coulson clarifies whether a valid payment notice ought to separately identify the sum due in respect of construction operations.

By a sub-contract dated 20th November 2015 (“the sub-contract”), the appellant (“CSL”) was engaged by the respondent (“MW”) to design and construct the civil, structural and architectural works for completion of the facility.

The main elements of the sub-contract works were construction operations, within the definition of section 105(1) of the Act. However, the works also included the assembly of plant, and erection of steelwork to provide support or access to plant and machinery, which are expressly excluded from the Act pursuant to section 105(2)(c). This was thus a hybrid contract.

CSL argued that the words of section 104(5) (“only so far as it relates to construction operations”) had to be read into every section and sub-section of the Act concerned with payment, namely sections 109-111. A failure to specify, within the overall sum notified, the amount that related to construction operations only, was a failure to comply with the Act. [para 34]

MW submitted that there was no need to read into the subsequent sections of the Act, and to do so would result in confusion, complexity and additional cost. MW contrasted the payment provisions with the adjudication provision in the sub-contract, which did expressly make the distinction between construction and non-construction operations. [para 35]

O’Farrell J found that a payment notice that does not separately state the sums due in respect of the construction operations is still capable of constituting a valid notice. Four reasons were given for this decision:

First, the express words of the Act do not stipulate separate identification of the sums due in respect of construction operations.

Secondly, it is open to the parties to agree a payment scheme for non-construction operations that sits alongside the statutory provisions should they choose to do so.

Fourthly, a payment scheme that complies with, or mirrors, the statutory scheme in respect of both construction and non-construction operations is a pragmatic solution to the illogical and uncommercial impact of the Act creating hybrid contracts.

The Court of Appeal agreed with O’Farrell J’s decision largely for the reasons given. The Court first assessed the sub-contract and emphasised that “there was nothing in the terms of the sub-contract which required either side to differentiate in their payment notices or payless notices between the sums notified for construction operations, and the sums notified for non-construction operations.” [para 37]

Assessing the Act next, the Court stated that the Act created hybrid contracts, but it does not provide that a hybrid contract must contain a term requiring the separate or distinct notification and breakdown of sums due in respect of construction operations only. [para 43]

For example, section 110A contains clear stipulations as to what the relevant payment notices must contain. It specifies that the payment notice must identify the sum due and the basis on which that sum has been calculated. There are no other requirements. [para 46]

The Court demonstrated the difference between this case and the first round of Severfield (UK) Ltd v Duro Felguera UK Limited [2015] EWHC 2975 (TCC), where the express terms in respect of the construction operations did not comply with the Act, and were amended to the relevant terms of the Scheme for Construction Contracts, thereby creating two separate payment regimes. Lord Coulson stated that it would be “absurd” if two separate payment regimes had to be created here when a single, compliant payment regime had been agreed by the parties. [para 60]

The Act had two main purposes; (1) to improve cash flow in the construction industry and (2) streamline its dispute resolution process. The former aim was achieved through mandatory provisions relating to interim payments, payment notices and the like, and the latter through a new, compulsory scheme of construction adjudication. The Court of Appeal’s decision is in accordance with the first purpose because it upheld “the validity of stage payments for the totality of the works under this hybrid contract, regardless of whether they were for construction or non-construction operations.” [para 61]

The Act also aimed at greater certainty and greater transparency in relation to such stage payments. As Lord Coulson stated at paragraph 62: “Certainty and transparency are achieved if the stage payment is a single sum based on a monthly valuation or, as here, on the achievement of a particular milestone. Neither the payer not the payee wants to end up in the position of the parties in Severfield, with two separate processes, subject to different procedural requirements, to produce two separate sums.”

As Lord Coulson stated at paragraph 41 of C Spencer, applying the Act to non-construction operations appears to be commonplace in the standard forms of sub-contracts in the construction industry and “is a practical way around at least some the complications introduced by hybrid contracts.” Thus, with respect to payment schemes, C Spencer is an indication that it is best practice to follow the provisions of the Act for all works of hybrid contracts. Following this, there is no reason why non-construction operations should not also relate to referrals to adjudication. The freedom of contract would not be hindered, as the parties can still contract on terms which they agree between themselves, but with the advantage of having certain minimum provisions in place.