Home > Bring it on… bring it all on! The risky strategy of leaving over arguments for another day in serial adjudications

Bring it on… bring it all on! The risky strategy of leaving over arguments for another day in serial adjudications 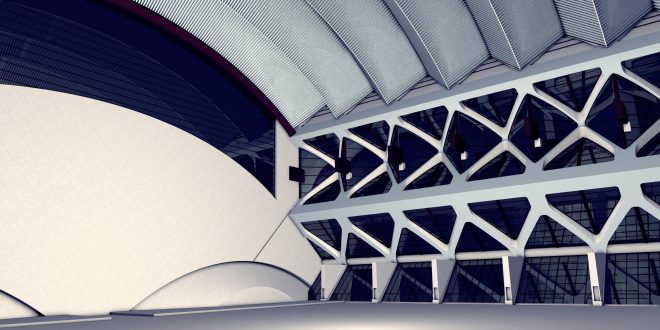 One of the fears that often arises in relation to adjudication is that a referring party will attempt to achieve success against a responding party by grinding the latter down through serial adjudications, raising arguments piecemeal, until it achieves the result it wants or the responding party gives in.  In Benfield Construction Limited v Trudson (Hatton) Limited [2008] EWHC 2333, Coulson J. issued a clear warning that such an approach would not be condoned, stating:

“Allowing one party to raise one legal issue at a time, in serial adjudications extending over many months or even years, until that party achieved a result that it liked, would place an intolerable burden on the other party. It was not the purpose for which adjudication was designed.”

In the latest round of litigation between Mailbox (Birmingham) Limited (“Mailbox”) and Galliford Try Building Limited (“Galliford”), the court had to consider a similar argument, but this time in relation to whether a responding party could run piecemeal defences.  Whilst perhaps not quite as straightforward, since the responding party does not have either the luxury of time or of defining the dispute, Coulson J. came down in favour of treating both parties equally.  He held that responding parties must also run the whole defence to a claim and not seek to leave over some arguments to another adjudication.  If they did so, those arguments may be lost unless and until the claim was referred for final resolution by way of litigation or arbitration as appropriate.

Those regularly faced with having to grapple with numerous and extensive issues raised in a Referral Notice may consider the result an unhappy one.  Having been on the receiving end of such notices, I sympathise with that view.  Unfortunately, Coulson J. did not.  However, the decision can be seen as a further attempt by the court to try and ensure that an adjudication deals with all the issues relevant to a dispute in order to provide a temporarily binding decision that is not subject to successive challenges in future adjudications.  On that basis, it is to be welcomed.

Mailbox employed Galliford to construct a development on the edge of Birmingham. The works were to be completed in sections. The contract provided for liquidated damages in the event that the works were delayed and also a procedure for extending the contractual completion date.

The works were not completed by the contractual completion date and, consequently, Mailbox issued a notice stating its intention to levy liquidated damages.  In response, Galliford asserted that it was entitled to extensions of time on all sections that were late.  Eventually Mailbox served a notice of adjudication, identifying the issue as ‘Mailbox’s entitlement to liquidated damages’. The notice identified seven sections that had been completed late.

In its response to the referral notice, Galliford sought to defend claim for liquidated damages clause by listing only three events that it alleged gave rise to an entitlement to extensions of time. The response also noted that if the extensions of time were not recognised, ‘separate dispute resolutions would follow.’

Mailbox took issue with the fact that Galliford appeared to be limiting its defence to the first adjudication in order to raise it in a later one. Mailbox’s position was that the adjudicator was asked to decide its entire entitlement to the totality of the liquidated damages, which issue it contended included the entirety of Galliford’s right to extensions of time.

The adjudicator agreed with Mailbox and awarded Mailbox liquidated damages, which Galliford refused to pay.  Mailbox issued enforcement proceedings, and O’Farrell J found in favour of Mailbox (in [2017] EWHC 67 (TCC)]).

On 24 February 2017, Galliford made an application to stay payment of the judgment sum due to Mailbox. That application was unsuccessful.

Mailbox’s suspicions about Galliford were right.  On the same day Mailbox issued declaratory relief proceedings, Galliford commenced a second adjudication.  Whilst the principal focus of the second adjudication concerned the lawfulness or otherwise of Mailbox’s termination of Galliford’s contract, one element of that debate concerned whether or not Galliford was proceeding regularly and diligently with the works. That argument in turn required a consideration of the contractual completion date and any extension to that date.

Consequently, part of the debate about the validity or otherwise of the termination turned on whether Galliford was entitled to an extension of time that went beyond that granted by the adjudicator in the first adjudication.

Coulson J recognised that there were two conflicting principles in play:

The resolution of that conflict was said to be at the heart of the debate between the two parties.

Coulson J. started his analysis by explaining how the “dispute” referred to adjudication is identified.  Based on principles established in the authorities, he explained that a dispute is identified not only by reference to the notice, but also to the background facts.  In relation to that dispute, neither party is confined only to those arguments raised prior to the adjudication as long as they relate to the challenged claim.  However, in Working Environments it was held that where the crystallised dispute referred to adjudication encompasses a particular defence, the responding party cannot withdraw that defence during the adjudication to fight another day.

Coulson J. then went on to consider the authorities on serial adjudications.  In particular, he referred to Quietfield and Dyson LJ’s finding that, in respect of extension of time claims, generally, there was nothing in the express language of the contract (in that case) which prevented the contractor from making good the deficiencies of an earlier application in a later application. This would suggest that a new extension of time claim could be raised even if an earlier one had failed.  However, Dyson LJ also recognised that the rule of preventing a second adjudicator from reconsidering a matter in the first adjudication was designed to protect respondents “from having to face the expense and trouble of successive adjudications on the same or substantially the same dispute.”

“Given that I have found that the crystallised dispute between the parties concerned responsibility for the entirety of the delays, it follows that GTB were not entitled to seek to defend themselves by reference to just a few of the potential relevant events, and keep others back for another day.That would be contrary to paragraph 24 of Akenhead J’s judgment in Working Environments, because it would involve the defending party withdrawing part of its defence during the adjudication in order to rely on it another day. That is not an approach which can be permitted.”

Although Galliford complained that this would mean that an employer could force a contractor to make its extensions of time claim before it was ready, Coulson J. had little sympathy, stating:

“…since either party is entitled to adjudicate at any time, there is always a risk that the defending party is caught on the hop by the claiming party’s notice of adjudication. In my view, this is simply a feature of the rough and ready world of construction adjudication (a comment made repeatedly in the cases) and it cannot be a principled answer to the approach that I have set out.”

Coulson J. also gave short shrift to the argument that his decision was unfair, because a responding party should be entitled to choose what defences it wished to run:

“First, there is no question of unfairness, since this result has arisen from the tactical choices made by GTB. Secondly, the adjudicator rightly said in the first adjudication (paragraph 27 above) that GTB could not restrict the scope of the dispute in the first adjudication by their submissions, where they only put forward three events. Thirdly, my conclusion in relation to extensions of time means only that GTB are not entitled in a second adjudication to raise matters which they could have but chose not to rely on in the first. But they can, of course, raise those matters in court proceedings challenging the adjudicator’s decision in that adjudication. Thus, this is really a dispute about forum only: there is no risk of GTB’s substantive rights being affected, unlike the position in the recent case of Tarmac Ltd v Costain Holdings Ltd [2017] EWHC 319 (TCC).”

Consequences of the judgment

Whilst Benfield Construction Limited v Trudson (Hatton) Limited [2008] EWHC 2333 does not appear to have been referred to by either party, the decision in Mailbox v Galliford is on all fours with the principles in that case, albeit from an opposite standpoint.  The effect of the judgment in Mailbox is to apply a similar rule to responding parties as that which applies to referring parties, namely, that neither party can refer to a second adjudication a dispute which has already been decided as part of an earlier adjudication, whether or not one party chose to deploy all available arguments and evidence open to it.

That said, it does seem to me that, in this case, Coulson J. was persuaded by the fact that:

It remains to be seen whether a party may be able to raise “new” defences to a claim when they had not previously been aired between the parties, because in those circumstances it may be possible to argue that they do not form part of the crystallised dispute.  In such event, it may be arguable that the issue which should have been raised could be raised in a future adjudication.  Coulson J. also seemed to take into account that in this case the extension of time claim had essentially crystallised, because the contract had been terminated and the performance of the works had stopped.  Therefore, there was no possibility of a “new” entitlement to an extension of time arising.

An adjudicator could not decide a dispute that has neither crystallised nor, in fact, arisen.  Consequently, there will be cases where a decision on, say, an entitlement to liquidated damages may not be the end of a claim for an extension of time, and vice versa.  However, since the dispute is not simply defined by reference to the defences, but also to the claims that are made, where, as in Mailbox v Galliford, the defence which could and should have been made has effectively been rejected as a result of the success of the claim, then the right to make a claim based on such a defence may be lost.

Taking Mailbox v Galliford and Benfield together, it seems to me that the message from the courts (or, at the very least, Coulson J.) is clear; parties must bring all their arguments relevant to issues to be decided in one adjudication.  It is now a risky for either party to hold back arguments that could be made in an earlier adjudication, in the hope that they can be deployed in a later adjudication.  If such a strategy is deployed and fails, Coulson J. is unlikely to have any sympathy, whether sitting in the TCC or, perhaps even more importantly, in the Court of Appeal.

A shorter version of this article was published for Thomson Reuters Practical Law Construction blog.