Bennett v Verbus: Guidance on the Scheme and words used in construction contracts 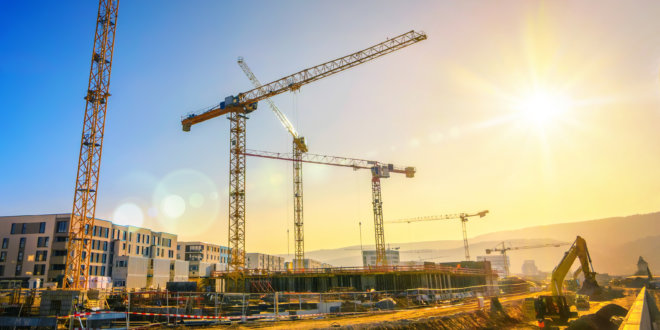 Bennett contracted to Verbus the design, supply and installation of 78 prefabricated modular bedroom units. The contractual terms stipulated that instalment payments, referred to as “Milestones”, would be made on “sign-off” of a particular stage of the works. No specific definition of “sign-off” was given in the contract. The dispute arose around the validity of the Milestone payments, specifically 2 and 3, which read:

“Milestone 2: 30% on sign-off of prototype room by Park Inn/Key Homes/Bennett in China;

Milestone 3: 30% on sign-off of all snagging items by Park Inn/Key Homes/Bennett in China;”

Section 110(1) of The Housing Grants, Construction and Regeneration Act 1996, as amended by the Local Democracy, Economic Development and Construction Act 2009 (“the Act”) requires every construction contract to contain “an adequate mechanism for determining what payments become due under the contract and when”. Section 110(3) states that “if or to the extent that a contract does not contain” adequate mechanisms for payment, “the relevant provisions of the Scheme for Construction Contracts apply” (“the Scheme”). Section 114 provides that the provisions operate by way of implied terms. Part II of the Scheme sets out more complex provisions which apply if the parties failed to agree compliant payment conditions.

There were two main issues in this appeal:

Concerning the first issue, the Respondents, Verbus, contended that the “sign-off” requirement envisaged actual signing off of the works. They also argued that the contract offered no clear criteria for sign-off because it envisaged the involvement of third parties. Due payment could be circumvented by a deliberate decision not to sign off or prevent others from signing off the works, and so Milestones 2 and 3 did not comply with the Act. The Appellants, Bennett, contended that “sign-off” meant simply the date of which completion of the identified stage of the work was achieved and so was capable of being signed-off. There was no confusion as to criteria: Verbus simply had to comply with the contract specification. On that analysis, Bennett stated that Milestones 2 and 3 complied with the Act.

As to the second issue, the Respondents submitted that paragraph 2 of Part II of the Scheme was the only applicable paragraph because it related to interim and stage payments. The Respondents argued that the alternative option, paragraph 7, dealing with “other payments”, was merely a kind of catch-all which did not relate to interim or stage payments. The Appellants argued that there was no agreement here as to interim valuations and the most apposite provision was paragraph 7.

Overturning Judge Waksman’s High Court decision, the Court of Appeal permitted the appeal and found in favour of the Appellants. The Court of Appeal held that contract did contain an adequate mechanism for determining what payments became due under the contract, and when, in accordance with section 110 of the Act. Had the Milestones not complied with the Act, the correct mechanism for replacement was paragraph 7 of the Scheme.

Compliance with the Act

In relation to the first issue, Lord Justice Coulson split the decision into three elements. These were:

Concerning interpretation, the Court of Appeal found that the term “sign-off” in the contract was to be assessed objectively. At paragraph [36], Lord Justice Coulson stated that “if actual sign-off was required, the contract would have said so”. Taking the contract as a whole, the term “sign-off” is used in different ways and in different contexts which militates against any interpretation which imports undue formality into the phrase. The parties intended that, on completion of the relevant stage, the Milestones would be paid.

Additionally, Lord Justice Coulson added at paragraph [37] that if the work was in a “state that it could be signed off, Bennett could not avoid their liability to pay the Milestones simply because the document had not in fact been signed off.” His Lordship cited Blackburn J in Roberts v Bury Commissioners [1870] LR5CP 310 at 326: “no person can take advantage of the non-fulfilment of a condition the performance of which has been hindered by himself” (see also, more recently, Waddan Hotel Limited v MAN Enterprise SAL (Offshore) [2015] BLR 478). Therefore, a failure to sign-off the relevant documentation would not be a defence to a claim based on the lack of an actual signature.

Referring to the criterion issue, Lord Justice Coulson reiterated the point at paragraph [40] that “wrongful interference cannot prevent proper payment”. The only relevant criterion was compliance with the contract specification: if achieved, despite the mentioning of the third parties, the works were capable of being signed-off, and the Milestones became payable in accordance with the Act.

As to the date point, despite the fact there was no express date for an invoice, when the sum fell due or final date for payment, Lord Justice Coulson stated at paragraph [42] that the “parties are always free to agree interim payments by reference to percentages of completion. Thereafter, the courts expect the parties to adopt business common sense as to the arrangements for invoicing and payment.” The relevant completion date of the work was therefore the date on which the payment of Milestones 2 and 3 became payable. The fact that there was no express date for payment did not matter, because the sum was payable when that completion was achieved.

In relation to the second issue, Lord Justice Coulson stated that paragraph 2 of the Scheme is intended to deal with the problem identified by section 109 of the Act, namely contracts that do not contain provisions for the payment of instalments or stage or periodic payments. The Milestones clearly amounted to a timetable for stage payments or instalments for work carried out. As this case is not concerned with section 109 of the Act, paragraph 2 of Part II of the Scheme is irrelevant to this appeal.

Paragraph 7, intended to be a ‘catch-all’, is the only paragraph that could relate to these Milestones. Additionally, paragraph 7 does the least violence to the agreement between the parties. As stipulated in Grove Developments v Balfour Beatty Regional Construction Ltd [2016] EWHC 168 (TCC); 165 Con LR 153, Stuart-Smith J said:

Section 110(3) of the Act makes plain that only “if or to the extent that” the contract does not contain the relevant provisions, thereby permitting a piecemeal incorporation in respect of payment provisions in Part II of the Scheme. The Act was not designed to delete a workable payment regime which the parties had agreed and replace it with an entirely different payment regime based on a radically changed set of parameters.

This case signifies 2 essential points. First, despite the ordinary usage of a word, the courts will continue to consider other factors such as how the word was applied across contractual documents, in assessing what the parties’ intentions were (or meeting of the minds), and commercial realities of the arrangements.

The implication of this case is that if a party to a contract is not satisfied with the work provided, they cannot simply refuse to pay based on a refusal to sign-off the documents. Discussion should first be had between the parties in seeking to rectify the problems; if this is not fruitful, other claims may be made, such as whether the work is fit for purpose.

Had the parties defined the term “sign-off” in the contract (depending on how clear the definition is) and used it more consistently across the contract, the decision may have been different. This decision is a lesson that to avoid disputes, parties to a contract should seek to clarify terms, even basic or common business terms with precision, and apply them consistently based on their definition.

Secondly, unless provided by legislation, the courts should continue to enact the parties’ original agreement as far as possible. This emphasises the freedom of contract and, when necessary in construction cases, that the courts should replace terms that cause the least violence to the agreement between the parties.

As Lord Justice Coulson stated at paragraph [67], “the purpose of the Act was to provide for certain minimum, mandatory standards so as to achieve certainty and regular cash flow.” Therefore, an entirely different payment regime from the one agreed “could only happen where the regime which had been agreed was so deficient that wholesale replacement was the only viable option.” The importance of the parties’ original agreement, notwithstanding the provisions of the Act, was also stressed by the Court of Appeal in Grove Developments v Balfour Beatty and is central to the court’s considerations when dealing with Part II of the Scheme.