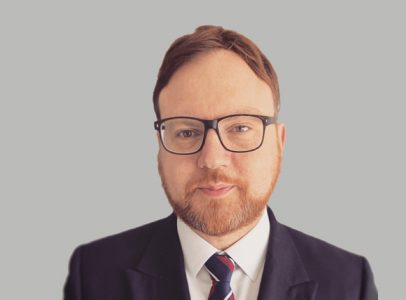 His knowledge of the law is excellent and he has a pragmatic, commercial approach

He is technically sound, ensures he is fully prepared and is incredibly pragmatic

Robin is a specialist in costs and litigation funding. He has focused on this complex area of law since qualification and is recommended for costs litigation in both Legal 500 and Chambers and Partners.

Prior to independent practice, he was an employed barrister and partner in a City of London firm of solicitors.

Robin prides himself on combining a friendly manner with a commercially astute approach.

Robin is instructed by both paying and receiving parties in all issues relating to costs and is particularly sought after in cases which are unusual or involve novel points of law.

Robin’s practice covers both inter-partes and solicitor/client disputes. The majority of his work in detailed assessments relates to six or seven figure bills of costs or cases involving points of principle.

In addition to his busy advocacy practice, Robin also has a significant “paper” practice dealing with advices on points of law, likely awards of costs and costs issues generally; written submissions on costs following judgment; pleadings including Part 7 and Part 8, applications, Part 18 questions, notice and grounds of appeal, skeleton arguments. Unusually for counsel, Robin has extensive experience of drafting points of dispute and replies.

Robin acts for and against ATE and LEI insurers in disputes over policy coverage in addition to his costs practice (which involves the challenging or recovery of premiums).

Having been a partner in a firm of solicitors for a number of years, Robin has first-hand knowledge of the working practices and obligations of solicitors.

He acts and advises in professional negligence claims involving solicitors and has particular expertise in claims which involve costs issues or disputes or where there is a combination of allegations of negligence and disputed fees.

Robin is recommended for Costs Litigation by Legal 500 and Chambers UK.

“Does a hell of a lot of costs work” and “can handle sensitive and time-pressured instructions.” (Chambers UK)

“He is technically sound, ensures he is fully prepared and is incredibly pragmatic.” (Legal 500)