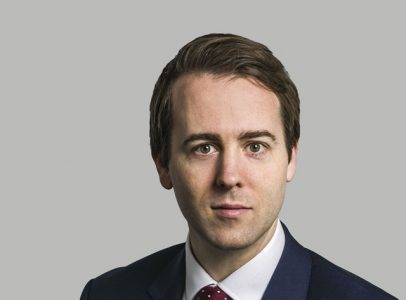 Immensely experienced, a great communicator and at the forefront of developments

Just the kind of lawyer you want on your side; achieves sensational results

Matthew is a commercial barrister with particular expertise in company and shareholder disputes, commercial contractual claims, insolvency and employment issues including employee competition work. He also has niche specialisms in contentious trust and probate work.

Out of chambers, Matthew is often to be found up mountains, completing long distance walks or leading expeditions abroad. He is also a keen tennis and football player and glory hunting Burnley fan. As well as his sport, he dabbles in computer programming and gardening.

Matthew has a strong commercial dispute resolution practice covering high value commercial litigation concerning commercial entities of all types with an emphasis on joint venture, shareholder and partnership disputes, breach of shareholder agreement, misuse of company funds and diversion of business being particular strengths.  He also covers fraud and asset tracing as well as insolvency.

He advises and represents individuals, businesses and insurance companies on a wide range of matters.

Matthew regularly provides representation in the High Court and in arbitrations in cases with a commercial angle such as those involving employee competition (i.e. restrictive covenants and springboard relief, whistleblowing or breach of shareholder/director’s duties).

Matthew is ranked in the Legal 500 – ‘A go-to guy who knows how to extract pertinent points in cross-examination.’

He also commonly undertakes cases in the employment tribunals and the EAT on a range of matters. He acts for both employees and employers. He has particular expertise in discrimination cases and has recently advised and appeared in several disability, pregnancy, sex and sexual harassment disputes.

Matthew is a member of the ELAAS scheme, providing pro-bono representation to appellants in the EAT. He is also a speaker on employment issues for White Paper conferences.

Matthew has developed a niche specialism in contentious probate and Inheritance Act claims. He has been involved in advising, negotiating and appearing at trial on topics that range from the rule against double portions to mutual will claims.

Matthew regularly advises and represents clients in claims involving trusts or estoppel, often between co-habiting partners or otherwise in a commercial context.

Matthew is regularly instructed in media and defamation matters. He is experienced in drafting claims, seeking and opposing injunctive relief, obtaining strike out or summary judgment at an early stage or appearing at trial or mediation as may be required. His clients have included actors, doctors, members of local government, businessmen, employees and lawyers, all seeking to protect their reputations. He has also defended international businesses such as hotel groups and law firms from defamation actions.

His reported cases include Kim v Park & Otrs [2013] EWHC 3568 in which he obtained strike out of a newspaper’s defence to his client’s libel claim and Lloyd v Rawding & Otrs [2017] EWHC 1854 in which the claimant’s slander claim against his clients was struck out.

Other recent cases have included:

Matthew is recommended for Employment by Legal 500: ‘ Very good at thinking on his feet as well as very good with clients and helps them to understand legal points easily and quickly. ’

Clients comment that he is: “Just the kind of lawyer you want on your side; achieves sensational results” and “immensely experienced, a great communicator and at the forefront of developments“.