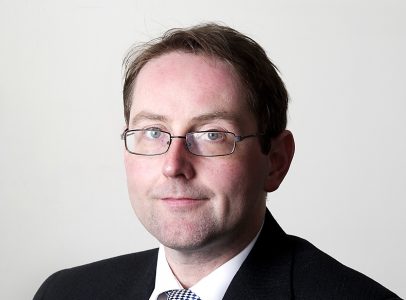 He has a fantastic ability to get to the heart of the case.

Excellent ability to digest complex issues and to give clear, succinct and effective advice.

Mark is a commercial practitioner who specialises in employment and executive disputes, restraint of trade, banking and financial as well as insurance claims.

Known for his excellent inter-personal skills, Mark is experienced at acting at all levels of the judicial system (as well as at mediation) for both claimants and defendants, corporates and individuals.

Mark deals with a wide variety of commercial disputes with a particular emphasis on actions upon guarantees and indemnities, restraint of trade, coverage and liability insurance-related cases and claims for and against institutional clients within the banking sector.  He has particular experience of injunctions and freezing injunctions.

Frequently such claims are linked to executive and employment disputes (which are dealt with in a separate part of his profile).

Mark has an extensive employment practice.  He is known for his involvement in complex executive and employment disputes and his work covers discrimination, unfair dismissal, whistleblowing, redundancy and breach of contract and restrictive covenants involving breach of confidence.

He has particular experience in TUPE disputes and group actions and has advised and represented a number of surgeons in employment disputes against NHS trusts.

Mark is a member of the ELA.

Mark is recommended in the Legal 500 for Employment. The directory notes:

“‘He has a fantastic ability to get to the heart of the case.’ Legal 500

“Excellent ability to digest complex issues and to give clear, succinct and effective advice.” – Legal 500