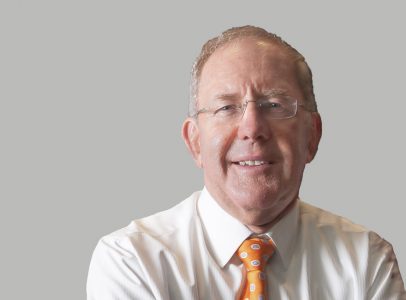 With over 30 years at the Bar, Greg has considerable experience acting for, and advising, clients globally, in complex cross-border maritime commercial, building and construction, professional negligence and insurance-related disputes. Greg has appeared in disputes concerning jurisdiction and cross-border legal issues in maritime and construction cases, insolvency, sale of goods and general commercial disputes.

His principal areas of practice are:

Complementing his practice, Greg has a strong interest in alternative dispute resolution, and in particular, international commercial arbitration. He has appeared in local and overseas jurisdictions, including Sydney, Hong Kong, London, Dubai and Frankfurt, which gives him a true global perspective.

He is an accredited Mediator under the Australian National Mediator Accreditation Standards and a court-appointed Mediator by the Supreme and District Courts of New South Wales.

He is a registered Mediator with the Civil Mediation Council (CMC) and a member of the Centre for Effective Dispute Resolution (CEDR).

He has experience appearing in mediations in Sydney, Frankfurt, London, Dubai and Hong Kong.

He has provided complex advice to multi-national insurers as well as insureds, and has appeared in mediations, arbitrations and Court in matters regarding coverage, construction of policies, liability and subrogation. The broad range of classes of insurance in which Greg has acted encompasses construction (including professional negligence of engineers, architects and quantity surveyors), maritime (including cargo), infrastructure (including energy), product liability and trade credit risk.

Greg has been involved in various international commercial and maritime arbitrations in Hong Kong, Dubai, Germany, London and Australia.

International commercial litigation is the foundation of Greg’s practice.   He has advised and appeared in disputes concerning jurisdiction and cross-border legal issues and in maritime and construction cases, insolvency (see Insolvency tab), sale of goods and general commercial disputes. He has also advised and appeared in disputes concerning charter parties; cargo and general shipping disputes.

He has also acted as mediator and arbitrator in numerous matters, including commercial, construction, professional negligence and personal injury (see his separate Mediator and Arbitrator profiles).

Greg handles a wide variety of professional negligence claims, particularly in relation to:

In 2015 Greg was awarded the Australian Arbitration Barrister of the Year in the Lawyer Monthly Legal Awards and in 2018 was selected by his peers for inclusion in the Best Lawyers in Australia for his work in Product Liability.

In 2018 he was awarded – Barrister of the Year – UK in the Lawyer Monthly Legal Awards.

Greg has acted for head contractors; specialist sub-contractors and government and local government departments in both national and cross-border disputes involving:

Greg’s construction work regularly involves in coverage disputes with insurers and re-insurers of risks associated with the construction and infrastructure projects, and quantum claims for:

Greg handles a wide variety of professional negligence claims, particularly in relation to:

With chambers in Sydney and London and possessing specialised knowledge and expertise in commercial, maritime and building and construction disputes, Greg has appeared in local and overseas jurisdictions, including Sydney, Hong Kong, London, Dubai and Frankfurt, with respect to commercial arbitrations and mediations as counsel, arbitrator and mediator, affording him a true global perspective.

Greg is an experienced mediator with considerable experience including internationally.