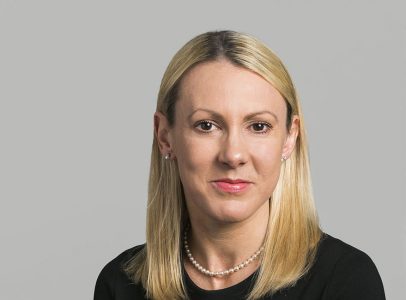 "Her attention to detail is exceptional"

"She is a rising star and a real fighter"

Gemma specialises in personal injury, clinical negligence, insurance, commercial litigation, professional negligence and costs.  She is a popular and busy advocate who is consistently recommended as a leading junior in Legal 500, in which she commended as “a real fighter and an astute thinker”.

Gemma’s experience far outweighs her year of call and she regularly appears against those senior to her.  She most recently appeared in a high profile eight-week High Court Fraud trial: Accident Exchange Ltd v Broom [2017] EWHC 1096.

Gemma is known for being approachable and client focused and for her ability to deliver robust and clear advice. She is asked to speak at numerous training events and seminars, and also gives webinars for Thomson Reuters, APIL, Datalaw and MBL.

She sits as a Deputy District Judge.

Gemma has recently been appointed a Recorder for Civil work.

She is frequently instructed to attend joint settlement meetings on negligent provision of treatment; catastrophic brain injuries caused at birth; failure to diagnose cancer and the negligent execution of cosmetic and gastric surgery; death resulting from delayed cancer diagnosis, loss of sight cases, wrongful birth, suicide attempts and other negligence.

She also advises on the issues that commonly arise in disease claims, including causation and evidence including technical/scientific expert evidence, parties, limitation and apportionment. She regularly advises the NHSR on tactical, quantum and liability issues.

Gemma has extensive experience of cases involving allegations of fraud or exaggeration and often involving technical expert reconstruction evidence. She is ranked in Tier 1 of the Legal 500 for fraud work.

She is regularly involved in the management of high-value and document heavy claims, including those where fraud is alleged in road traffic claims, including staged accidents (including fraud rings), slam-on accidents, phantom passenger claims and low velocity impacts.

She was instructed in Accident Exchange Ltd v Broom [2017] EWHC 1096 on behalf of the one of seven Defendants in a civil contempt of court action in the High Court arising out of the Accident Exchange litigation. This multi-party action required delicate cross-party co-operation and meticulous analysis of the evidence.

Gemma appears at lengthy and complex inquests, including jury inquests concerning the right to life. She has advised and represented bereaved families, individuals, statutory bodies and corporate entities in cases covering a vast range of complex legal and factual issues. She often advises and represent parties through all stages of the civil litigation that can often follow an inquest.

She has advised and represented clients in connection with health and safety matters such as an explosion on a ship; fatal accidents in factories, a death in a lift shaft and mesothelioma claims.

Gemma is recommended by Legal 500 as a leading individual in personal injury work.  She represents both claimants and defendants in fatal and catastrophic injury claims, including severe brain damage, spinal injuries and amputations.  She has a particular interest in cases involving significant head injuries and is sought after for settling complex Schedules and Counter schedules.

She regularly acts for many leading insurers and is experienced in group litigation. Gemma is known for her fierce advocacy and unrivaled determination to get the best results for her clients as well as for her calm manner and eye for detail.

Fatal Accident claims: Gemma advises on claims brought by and against Estates for bereavement damages. This often involves complex work on schedules of loss or counter schedules.

Secondary Victim claims: Gemma has advised the NHSR, NHS Wales and Claimants in respect of the prospects of success of bringing secondary victim claims, where complex issues arise in respect of whether an event in sufficiently shocking, proximity in space and time and causation.

Catastrophic injuries: Gemma has considerable experience of catastrophic spinal and brain injury litigation encompassing severe cognitive conditions arising in the context of road traffic accidents and employers’ liability claims; and in the analysis of high value complex claims.  She is instructed for her success in mediations in difficult cases such as serious fatal accidents and to attend round table settlement meetings. Gemma understands the emotional difficulties involved in catastrophic cases and as a consequence of this the need for sensitivity when dealing with clients.

Occupiers and vicarious liability claims: Gemma has broad experience for both Defendants and Claimants in occupier’s liability cases.

Animals Act and dog bite claims: Gemma has represented numerous Claimants who have suffered serious life changing injuries from dog bites; and serious injuries from falls and bites from horses.

Gemma is regularly involved in claims involving insurers, details of which can be found in the CDR, Clinical Negligence & Personal Injury and Professional Liability sections of her profile.

Prior to joining the Bar, Gemma worked in the litigation department at an international bank which gives her a clear understanding of the pressures involved for clients in the conduct of litigation.

Gemma is regularly instructed by leading banks and lenders in relation to loans, mortgages and guarantee disputes. She is well regarded for her work in enforcement proceedings, including applications for charging orders and freezing injunctions in the High Court. She acts in strike out and summary judgment applications for large banks.

Gemma has extensive experience in dealing with civil fraud cases including domestic and international fraud and has obtained freezing orders and injunctions and pre-action disclosure in order to preserve assets where there is an evasive party to a claim.

Gemma’s background working in house at an international bank, gives her commercial experience well in advance of her contemporaries. She understands the economic realities of litigation, seeking resolution by negotiation where appropriate and to provide sound and reliable tactical advice.

She has significant expertise advising and drafting in breach of contract and misrepresentation claims and Sale of Goods Act 1974 and the Supply of Services Act 1982.  She has also successfully defended clients in claims for faulty workmanship and defective products.

Consumer rights: Gemma has in depth knowledge and experience of claims under section 75, 77 and 78 of the Consumer Credit Act 1974. She has appeared on behalf of Banks in the High Court on various hearings and at mediations. She has experience advising and drafting on: mistaken payments; dishonoured cheques; debt recovery; mis-selling of Payment Protection Insurance; Data Protection Act applications; hire purchase and return of goods hearings.

For example, she appeared in the High Court case of Elliot Harry Green (as Liquidator of Sports Management Group Limited) v Richard Marston, Wayne Lochner, (2016). A three-day trial in the High Court involving alleged breaches of directors’ duties to a company and issues of insolvency.

Gemma has expertise in the ‘crossover’ area of work between employment and commercial law, often involving employee competition, restrictive covenants, whistleblowing or breach of shareholder/director’s duties.

She also acts for both applicants and respondents in cases involving unfair and wrongful dismissal, unlawful deductions from wages, redundancy and all forms of discrimination. She has appeared in the High Court, County Courts, Employment Tribunals and the Employment Appeal Tribunal. She is well practised in drafting compromise agreements.

Gemma’s insurance practice frequently involves advice and litigation relating to policy coverage and the construction of policy wording. She has advised on:

Gemma acts for both claimants and defendants and has an excellent track record in achieving highly satisfactory outcomes. She acts act for a wide range of professional bodies, insurers and individuals. She is highly experienced in handling high value claims against solicitors and Barristers involving limitation issues, under-settlement, negligent assessment of the merits of a case, capacity issues and procedural default.

In addition, she has litigated matters such as wasted costs orders; the premature issue of proceedings and the effect of Part 36 offers. She has also advised on the recoverability of ATE premiums and CFA funding arrangements and on issues of proportionality.

Gemma has also delivered numerous seminars on the nature and effect of Part 36. Her recent blog article on Part 36 case law appears on Lexis Nexis.

Examples of recent work include:

Gemma is recommended as a leading junior in the Legal 500 for a number of years.