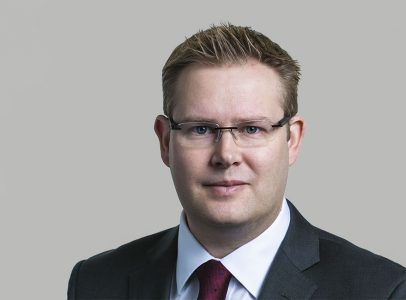 He has appeared as sole counsel in the Court of Appeal & High Court and regularly appears in interlocutory matters, trials and appeals in the County Court.

Prior to commencing practice at the Bar, Robert was employed as a scientist at AstraZeneca, worked at Molecular Profiles on patent infringement testing of pharmaceutical drug substances & drug products and on a multi-national patent litigation case concerning extended wear contact lenses in the IP/IT department at Freshfields Bruckhaus Deringer LLP.

Robert has a keen interest in pharmaceutical patents and has been invited to give presentations and chair sessions at international conferences in this field, including Assa International IWPCPS-13.

He is known for his attention to detail and achieving the best result for the client even in the most challenging case.

Away from Hardwicke Robert is a reef aquarium enthusiast.

Robert’s practice covers all areas of Intellectual Property, including trade marks, designs, copyright and confidential information.  He has a particular interest in patents concerning specialty chemicals and pharmaceuticals.

In addition to his work at the Bar, he also spent two years in the IP/IT department at Freshfields Bruckhaus Deringer LLP where he worked on both non-contentious and contentious IP matters including multi-jurisdictional patent litigation concerning extended wear contact lenses (Novartis v Johnson & Johnson Medical Ltd. [2010] EWCA Civ 1039). As part of this involvement, he observed witnessed experiments in the US concerning the manufacture and testing of extended wear contact lenses.

Prior to commencing practice Robert obtained a PhD in synthetic organic chemistry concerning the synthesis, characterisation and measurement of the physical properties of new photochromic compounds.

Following his PhD studies he was a scientist in the pharmaceutical industry for six years, predominantly at AstraZeneca, where he gained a broad experience of the pharmaceutical research and development process from early lead identification to Phase III clinical trials.

He is a named inventor, has researched the solid state chemistry (polymorphs, hydrates and salts) of many candidate drugs including AstraZeneca’s Brillinta, Brilique (Ticagrelor, AZD6140) an oral anti-platelet for the treatment of acute coronary syndromes and has undertaken and supervised patent infringement testing of both drug substances and drug products.

He has presented and chaired sessions at numerous international conferences concerning the identification of suitable solid state forms for use as the pharmaceutical drug and pharmaceutical patents in respect of the same, including at Assa International IWPCPS-13 and IQPC Developing IP Strategies for Crystalline Forms 2010.

Robert has significant experience in acting for both Claimants and Defendants in personal injury cases including:

He regularly provides advice on liability, quantum, procedure and litigation strategy and his experience covers both fast track and multi-track trials. He is experienced in preparing complex schedules of special damages involving future loss and future needs. He also deals with interlocutory applications concerning procedural points (extensions of time, relief from sanction, extension of primary limitation period pursuant to s.33 Limitation Act 1980). Robert has handled appeals in the County Court and Court of Appeal concerning issues such as exercise of Judge’s discretion (e.g. relief from sanction, permission to rely upon witness statement served out of time, amendment under the slip rule, amendment of the particulars of claim), compliance with unless orders and liability of an insurer under s.151 Road Traffic Act 1998 in relation to a Monk v Warbey claim against its insured driver.