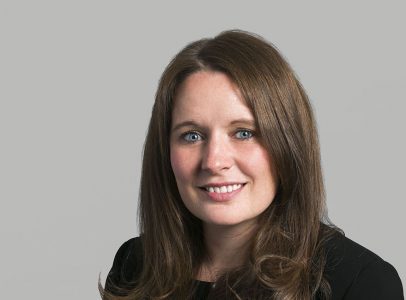 Clare is a specialist in all areas of Property and Housing Law, with a particular emphasis on residential and commercial landlord and tenant work. Clare also handles the full spectrum of land and real property cases and has a keen interest in disputes over beneficial ownership of property and trusts of land.

Clare is widely recognised for her realistic and commercial advice and regularly appears in the High Court, County Court and First-Tier Tribunal (Property Chamber) both in her own right and as Junior Counsel. Clare is an advocate for ADR and is particularly interested in utilising both court-offered and private mediation in appropriate cases.

A popular trial advocate, Clare has successfully represented clients in a myriad of multi-track and fast-track hearings, where her arguments have been described as “eloquent and tenacious” by judges and clients alike.  She is fast becoming a go-to junior for pursuing appeals.

Clare acts for both landlords and tenants, with a particular focus on forfeiture, lease renewals and dilapidations claims:

Clare regularly appears on behalf of Local Authority and Housing Association clients in possession matters (including rent-arrears, succession, anti-social behaviour and unlawful subletting) and has a particular interest in claims involving Human Rights and Equality Act 2010 issues. Clare has significant experience in defending disrepair matters and providing advice on the quantum of the alleged claim.

Clare spent 3 months seconded to the in-house legal team of a major housing association and house builder, advising them in relation to a wide range of housing and leasehold matters.

Clare also frequently appears in the First-Tier Tribunal for both Landlords and Tenants, dealing with Rent Repayment Orders in particular.

She is instructed by a wide range of private client firms representing individuals, social housing providers and Trustees where a landlord has become insolvent or bankrupt.

Clare regularly appears in hearings and trials in both the County Court and First Tier Tribunal (Residential Property)  in relation to a wide variety of leasehold matters.

Clare has experience in a wide range of real property matters including adverse possession, trespass, boundaries, land development, easements and nuisance. She has a particular specialism in mortgage actions and frequently advises lenders in relation to enforcing their rights and redemption actions.

Clare has developed a niche practice in relation to TOLATA claims and has a particular interest in co-ownership disputes.

Clare regularly undertakes work on a pro bono basis both through Advocate and through working with law centres.

Clare also assists with Hardwicke’s ‘Through the Looking Glass’ program which gives talented teenagers an insight into a legal career they otherwise wouldn’t have access to.