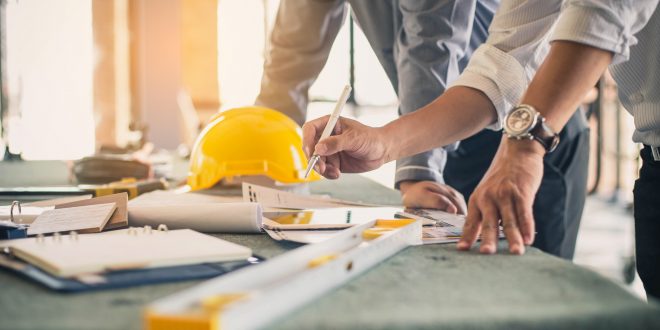 In Arcadis Consulting (UK) Ltd v AMEC (BCS) Ltd [2018] EWCA 2222, the Court of Appeal, reversing the decision of the High Court, held that a liability cap had been incorporated into an interim contract despite the lack of agreement over a final Protocol Agreement.

The present dispute arose due to allegations that the construction of Castlepoint Car Park was defective. Buchan sought damages of £40 million against Hyder. Liability was denied by Buchan, but it was submitted in the alternative that if they were found to be liable then liability would be capped in the sum of £610,515 on the basis of a contract.

Of particular relevance to the dispute was a letter of intent (“LOI”) sent via email by Buchan to Hyder on 8th November 2001. That email contained the Protocol Agreement, Schedules to the Agreement and Terms and Conditions. In it, Buchan stated that they intended to use the attached documents for the Wellcome Building Works subject to Hyder’s agreement.

Condition 2A, titled Limit of Liability, in the Terms and Conditions, stated:

‘The Consultant’s liability for defective work under the Agreement shall be limited to whichever is the lesser of the following:

(a) The reasonable direct costs of repair, renewal or reinstatement of any part or part of the sub-contract works to the extent that the Client incurs such costs and/or is or becomes liable either directly or by indirect way of financial contribution to such costs

The sum in Schedule 1 had been left blank at the time but in a letter dated 6 March 2002, the complete version of Schedule 1 specified that the limit of the consultant’s liability was £610,515 – 10% of sub-contract package for insured losses.

Decision of the High Court

The two key issues that had come before the High Court was whether there existed a relevant contract between Buchan and Hyder and if so, whether the liability cap had been successfully incorporated into it.

The High Court held that a contract did exist between the parties. A letter of instruction had been sent on the 6 March 2002 and there was acceptance of those instructions as evidenced by Hyder’s conduct of carrying out the work pursuant to those instructions and subsequently receiving payment for work done.

Arcadis Consulting (formerly Buchan) appealed. The central question before the Court of Appeal was whether the terms and conditions sent by Buchan to Hyder on 8 November 2001 were incorporated by reference into the Contract.

Decision of the Court of Appeal

Reversing the decision of the High Court, the Court of Appeal held that the liability cap had been incorporated into the contract.

But the same was not true for the interim contract. In Bucher’s letter of instruction dated 13 November 2011, it had stressed that ‘…work done under this instruction is to be on the basis of…the conditions and terms detailed in the Protocol Agreement, Design Consultancy Terms and Conditions in your possession at present.’

Hyder had accepted Bucher’s letter of instruction by carrying out the design works it had been instructed to do and which it was paid for. In doing so, it tacitly accepted the Terms and Conditions, in the document dated 8th November 2011, that was in its possession and which therefore incorporated the liability cap into the interim contract.

As pointed out by Gloster LJ, the judgment of the High Court in Arcadis Consulting v AMEC led to an extraordinary result, ‘in that the former concluded that, by acting on Buchan’s request in such circumstances, Hyder assumed an unlimited liability for its contractual performance, when it never would have assumed such liability under any contract which it entered into.’

Typically, in instances where a party has undertaken work prior to an agreement on a final contract, there will either have been work undertaken with payment to be made under a quantum meruit or, there will be an agreement on terms that have been referred to in the LOI. Instead, the decision of the High Court placed Hyder into an unrealistic scenario in which a simple contract had been imposed on it with terms that it could not have agreed to enter into.

The Court of Appeal’s judgment is preferable because it accords with the commercial reality that parties that undertake instructions prior to the finalisation of an agreement, are usually doing so on an agreed basis. That agreed basis, as Gloster LJ identified, is not the final contract but the interim or provisional contract.

The crucial difference between the analysis of the High Court and that of the Court of Appeal is that for the former, the contract was tied to the final agreement. It arose only because the final agreement did not materialise, but a contract nevertheless found because work was done and payment was made. But that contract was ‘simple’, because no terms and conditions had been agreed upon for the final contract. It merely provided for performance and payment.

It should be noted, however, that where a final contract has, in fact, been concluded, it will usually have been intended by the parties to supersede the terms of any interim contract. On the facts of the present case, for instance, the letters of instruction sent by Buchan to Hyder state that, ‘…once the Agreements are executed their terms and conditions shall supersede this letter and shall govern any work done retrospectively.’

The practical take away from all this is that parties should be particularly careful when drafting or responding to LOIs. Where a LOI promises remuneration for work done, its terms and conditions should be treated with scrutiny. This is because there is a risk that work undertaken under the LOI will be under the basis of those terms despite the failure to conclude a final contract. Care should therefore be taken to avoid unexpected obligations or limitations on liability. The safest course of action is for parties to proceed with works only when they have concluded a final agreement.