Home > Arbitration v Expert Determination: what are the relative merits?

Arbitration v Expert Determination: what are the relative merits? 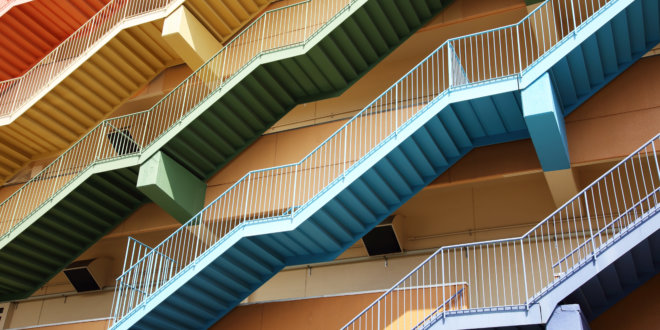 This article first appeared in Construction Law in 2016.  However, the key points remain relevant and with parties increasingly looking beyond traditional court hearings to determine their disputes, we republish it now.  The issue of expert determination in property transactions was also debated on 21st May 2020 in the Hardwicke Property Team’s #HardwickeBrew.  If you would like a copy of the Takeaway Cup from that event, please contact Sally Wollaston.  Members of Hardwicke can appear as Experts as well as appearing in arbitrations as Counsel or Arbitrator.  More details on the ADR Hub.

Catherine Piercy and Andy Creer consider the relative merits of using expert determination over arbitration as an alternative means of dispute resolution. The former is increasingly used where a valuation has to be determined or a technical expert opinion required.

Arbitration is a long established dispute resolution procedure and commercial parties, their advisors and the Courts are familiar with the process and the extent to which the Court will intervene.  Expert determination presents more unfamiliar territory to some and the case law is less developed, resulting in more uncertainty as to the jurisdiction of the expert, the procedure and the nature of the decision.  However, as further explained below, it often presents a quicker, cheaper and less adversarial method of resolving disputes, which may assist in maintaining good relations between commercial parties.

Arbitrations in England and Wales are regulated by the Arbitration Act 1996.  The procedural rules will be identified in the contract, usually by reference to one of the standard sets of rules, such as ICC, LCIA or UNCITRAL.  The procedural rules set out the requirements of the request for arbitration and the response, how the tribunal is to be appointed, the procedure for adducing evidence and conducting hearings and the delivering of awards.

Conversely, standard form rules do not often apply to expert determination.  However, as with arbitration, the scope of the expert’s instructions will be defined by the underlying contract and, once a dispute or issue has arisen, it will be further informed by any letter of appointment. The procedure the expert is required to adopt can be prescribed, but absent such parameters, the expert is free to determine the reference in any way he thinks fit. The consequence of this is that specific provision needs to be made for a reasoned determination, as a determination without reasons is generally binding on the parties unless a requirement for reasons is provided in the terms of the expert’s appointment.

By their contract, the parties can displace any of the functions of the Court and allocate them to the expert. An expert can make decisions on points of law if that is within the scope of his instructions, alternatively (and more usually) an application can be made to the Court resolve any points of contractual interpretation which affect the expert’s remit.

The courts will respect the parties’ freedom to contract and, therefore, not interfere with the procedure adopted by the expert provided that he has not departed from his instructions. Indeed, an expert’s interpretation of the procedural rules has been upheld by the court with the court stating that it would only interfere with the expert’s interpretation where the expert was obviously in error (Conoco (UK) Ltd v Phillips Petroleum Co, unreported, 19 August, 1996

Unlike the quasi-judicial function that an arbitrator performs, the expert is required to exercise his own skill and judgment. He is responsible for the information gathering process and, therefore, unlike an arbitral tribunal, can adopt an inquisitorial approach. Inevitably, in practice, this includes receiving submissions from the parties, but the expert is not bound to have regard to them: Palacath Ltd v Flanagan [1985] 2 All ER 161. Conversely, an arbitrator is likely to seek the parties’ permission before carrying out its own investigations and the parties should be given an opportunity to make submissions on the results of such investigations before the final award is made.

The expert, as the name suggests, is chosen for his particular knowledge and expertise. He is expected to draw on his own experience to decide the questions referred to him and may dispense with the need for the parties to instruct their own independent experts if deemed appropriate. An expert is required to make his own inquiries unless he reasonably considers that the evidence provided by the parties is sufficient.  It is very rare that an expert will conduct an oral hearing, whereas in arbitration, similar to litigation, there is often a fully contested hearing with involving examination of witnesses and experts and oral submissions by legal representatives of the parties.

Unlike an arbitrator, unless the contract expressly provides that an expert can, for example, order a party to disclose relevant documents or to issue a witness summons compelling a witness to give evidence, there will be no jurisdiction for him to do so (British Shipbuilders v VSEL Consortium plc [1997] 1 Lloyd’s Rep 106). Consequently, expert determination is often less suitable for cases in which there are substantial issues of fact in dispute.

One of the important distinctions (not least from the appointee’s perspective) is that an expert has no immunity from suit. They owe a contractual and tortious duty of care to both sides and a party can obtain damages if the expert has been negligent: Arenson v Casson Beckman Rutley & Co [1975] AC 901

In valuation cases it is necessary to show that the value determined by the expert was outside of the permissible margin of error. In effect, the expert’s decision has to be so wild of the mark that proving negligence is rare in practice. In fact, the Handbook of Rent Review (Vol 1) section 14.3 contains case summaries of five cases of alleged negligence, all of which failed.

The expert can limit the scope of this liability in his retainer, for example, to instances of deliberate misfeasance and can also attempt to negotiate immunity from suit with the parties, but there is no automatic immunity.

Conversely, arbitrators, like judges acting in their judicial capacity and the Official Receiver, are in the diminishing categories of individuals who still retain immunity from liability in negligence.

The grounds on which an arbitration award can be challenged are provided in the Arbitration Act 1996, namely

In relation to expert determination, as the referral to the expert arises from contract, there is no right of appeal.  Case law shows that it is extremely difficult to set aside an expert’s decision even in the face of a patent error of law, as this would undermine the contractual bargain made between the parties: Pontsarn Investments Limited v Kansallia-Osake-Pankki [1992] 1 EGLR 148.

There are, therefore, limited grounds on which an expert determination can be challenged: (i) if the expert can be shown to be biased; (ii) if the decision is vitiated by fraud or dishonesty; and, (iii) if the expert has materially departed from his instructions.

Grounds (i) and (ii) arise from the expert’s duty of good faith.  Even if the expert applied the wrong methodology, it appears that so long as he did it in good faith, his determination is unimpeachable.  Whereas, ground (iii) involves the expert acting outside of the scope of his instructions, for example, if he incorrectly interprets the instrument. In such a case, it does not matter that the outcome is not significantly different from what it would have otherwise been: the expert has not done what he was appointed to do (for example, see Veba Oil Supply and Trading GmbH v Petrotrade Inc [2002] 1 All ER 703).

A successful challenge invalidates the decision and the parties have to start again.

Unless otherwise agreed, the expert’s determination will be contractually binding, so can be enforced in the same manner as any agreement: by an application for specific performance or action for breach of contract (where summary judgment should no doubt be considered).

Arbitral awards, however, are capable of enforcement in a similar way to a judgment within England and Wales and, often internationally where the New York Convention on the Recognition and Enforcement of Foreign Arbitral Awards 1958 applies.

Whilst there are benefits to the ease with which an arbitration award can be enforced, there is often a greater chance of finality with an expert’s determination, because the parties have often chosen that expert for a reason and are prepared to accept the decision as resolving the dispute.  Although it may be due to the greater volume of judgments and arbitration decision, in the past such rulings have been more likely to be the subject of a challenge or appeal than an expert’s determination.

In arbitration, the tribunal usually has jurisdiction to allocate the parties’ costs, with the general rule being that costs follow the event.  An expert, however, has no power to award costs unless his instructions or the terms of the contract provide for it.

Typically, as in arbitration, the parties share the cost of the appointment, but there is no means for the Court to tax the costs. There is also no statutory control over experts’ fees as there is over the fees of an arbitrator as provided by section 64 of the Arbitration Act 1996, which states that arbitrators can only recover reasonable fees and expenses incurred unless the parties agree otherwise.

A significant difference between arbitration and expert determination is the level of costs that will likely be incurred by the parties; arbitrations can be incredibly expensive, whereas expert determination often presents a much cheaper method of dispute resolution, primarily because the process is much shorter and less labour intensive.

Expert determination is likely to provide a far quicker alternative to the Courts. The length of an arbitration very much depends on the issues in dispute, the scope of the evidence being adduced by either party and, increasingly, the availability of the tribunal both to conduct hearings and write the decision.  However, in substantial disputes it is not uncommon for arbitrations to last 18-24 months.

Expert determination should no longer be considered only appropriate for rent review and lease renewals. It has a wider applicability to any decision involving quantification of loss in a specialist field, for example, the cost of remedial works or technical issues affecting a plant or a project.

One of our colleagues summarised the key differences thus:

“Expert determination is quicker and cheaper but you’re stuck with the decision”.

For some clients, in some disputes (where the cost of litigation, especially an appeal, may be prohibitive) this may be exactly the resolution they’re looking for.  Indeed, in an over-stretched legal system, one could see a possible place for a hybrid emerging: with liability determined by the Courts and the parties agreeing that quantum is referred to an expert assessor.