Home > Arbitration notices: are you being served?

Arbitration notices: are you being served? 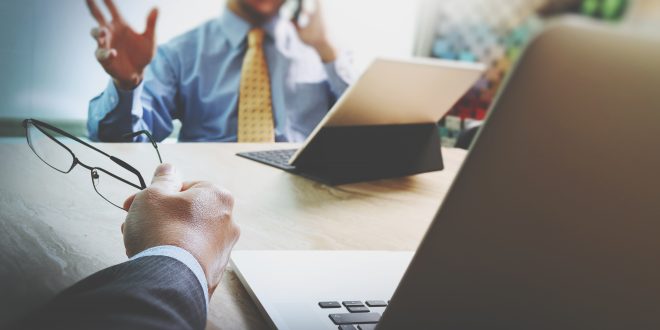 In the majority of, if not all cases, a notice of arbitration will be preceded by negotiation or correspondence between employees or agents of the parties. The trap for the unwary, as illustrated by the recent decisions in Sino Channel Asia Limited v Dana Shipping and Trading Pte and Glencore Agriculture BV v Conqueror Holdings Ltd, is that serving the notice of arbitration on the person whom the serving party has previously dealt with may not be effective service at all.

(1) The parties are free to agree on the manner of service of any notice or other document required to be given or served in pursuance of the arbitration agreement or for the purposes of the arbitral proceedings.

(2) If or to the extent that there is no such agreement the following provisions apply.

(3) A notice or other document may be served on a person by any effective means.

(4) If a notice or other document is addressed, pre-paid and delivered by post:

(b) where the addressee is a body corporate, to the body’s registered or principal office,
it shall be treated as effectively served.

Section 76 is less circumscribed than service under the Civil Procedure Rules (CPR). The section is essentially permissive and allows service by “any effective means”. For instance, in Bernuth Lines v High Seas Shipping Limited (The Eastern Navigator), the arbitration notice was sent to a generic email address (which was held out as the only email address of the company). Sending the notice to that email address was held to be valid service.

However, not all email recipients are created equal; that is where the danger lies.

Sino Channel Asia Limited v Dana Shipping and Trading Pte considered whether a notice served on a counterparty’s agent is good service even where the agent is not expressly authorised to receive notice. A dispute arose under a contract of affraightment (COA) between Dana (the owner) and Sino (the charterer). The COA had been negotiated by employees of BX who had agreed with Sino that it would enter into the COA in Sino’s name and perform the obligations under the COA. Dana believed that the employees (of BX) it dealt with were employees of Sino. Dana sent a notice of arbitration to the employee of BX with whom it had always dealt. At first instance, the High Court held that the employee of BX had no authority to receive the notice of arbitration on behalf of Sino. Fortunately for Dana, the Court of Appeal confirmed the validity of the notice, but only because the court held that, on the usual facts of the case, BX had both implied actual authority to accept service on behalf of Sino (given the complete delegation of the negotiation and performance function) and ostensible authority to accept service (given that Sino allowed BX to hold itself out as Sino).

Whilst Dana was able to overcome what would otherwise have been ineffective notice of the arbitration, based on the specific facts, the same cannot be said for the notifying party in Glencore Argriculture BV v Conqueror Holdings Ltd. Conqueror sent the notice of arbitration by email to an employee of Glencore; the employee in question had previously had operational responsibilities in respect of the charter, but was relatively low level (and had in fact left Glencore prior to service of the notice). Service by email to the Glencore employee was held not to be good service.

That result is perhaps surprising given that service at a generic email address was sufficient in Bernuth Lines v High Seas. However, Popplewell J held that sending an email to an individual employee was different to sending an email to a business’s generic email address. A sender could reasonably expect that the person reading the email sent to the generic address was authorised to deal with its content (if they fell within the scope of the business activity for which the email address was proffered). However, if a notice was sent to the email address of an individual employee, whether there had been good service depended on the particular role of the employee or the role that employee was held out to have. Popplewell J held that the employee in question had no actual authority to accept service of proceedings and he had no implied authority or ostensible authority to do so; it was insufficient that the employee had a role in the operations giving rise to the dispute as operational roles and dispute resolution roles were usually distinct; to conflate the two would ignore the distinct and very serious nature of acceptance of legal process.

Sino Channel v Dana Shipping and Glencore v Conqueror serve as a reminder that care must be taken when serving arbitration notices. Serving notices by email is commonplace given its convenience, but there is no principle that it must be available in all cases and does not mean that service by email on a particular individual is effective. Parties serving arbitration notices are well advised to:

This article was first published on Practical Law’s Arbitration Blog.