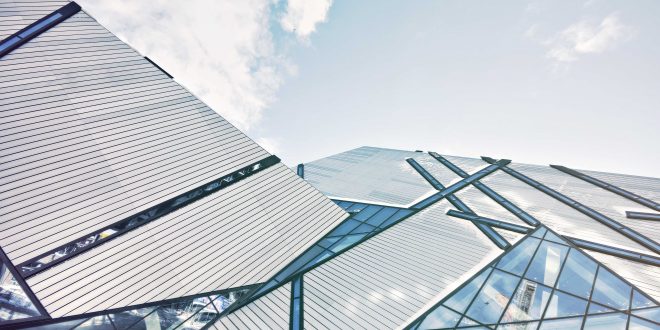 Judgment was recently handed down in Islamic Republic of Pakistan and another v Broadsheet LLC. In this case, Moulder J considered two competing and irreconcilable lines of authority in respect of whether failure of reasoning can ground a challenge against an arbitral award pursuant to section 68 of the Arbitration Act 1996 (AA 1996). The decision both confirms that there is no scope for a section 68 challenge based on inadequate reasoning and cautions against conflating the concepts of “substantive injustice” based on “failure of reasoning” as between court proceedings and arbitral proceedings.

By an arbitral award dated 17 December 2018, the defendant had been awarded a sum of US $21,589,460 (plus interest) as damages for the breach and repudiation of a contract by the claimants. The majority of the claim concerned the value of the defendant’s loss of chance to receive payment under the contract in respect of a specific transaction.

After exhausting the procedures under section 57 of the AA 1996 for a correction of the award, the claimants made an application to challenge pursuant to section 68(2). This provides (so far as material):

(1) A party to arbitral proceedings may (upon notice to the other parties and to the tribunal) apply to the court challenging an award in proceedings on the grounds of serious irregularity affecting the tribunal, the proceedings or the award…

…
(c) failure by the tribunal to conduct the proceedings in accordance with the procedure agreed by the parties;

The court identified three issues. This blog is concerned with the first: “can “inadequate reasons” (as such term is advanced by the claimants) found a challenge under section 68 (2)(c) or (h)?”

The competing lines of authority

The claimants contended that failure of reasoning may enable a challenge under section 68(2), citing Compton Beauchamp Estates Ltd v Spence. There, the judge referred to

, which states “an award shall contain the reasons for the award,” unless the parties agree to dispense with reasons or it is an agreed award. Thus, in Compton, the judge held that:

“… an arbitrator should explain why he has decided the essential issues in the way in which he has. An award which did not contain such reasoning would not comply with section 52(4) of the 1996 Act and that would give rise to an irregularity within section 68(2)(h) of the 1996 Act. However, there will only be a ‘serious irregularity’ if the failure of reasoning has caused or will cause substantial injustice to a party…”

The defendant relied on a line of authority in the English Commercial Court to contend the opposite. Chronologically, the first case was Margulead v Exide Technologies, in which the court began from the proposition that deficiency of reasoning cannot amount to a serious irregularity under section 68 unless it amounts to “failure by the tribunal to deal with the issues that were put to it” within the meaning of subsection 68(2)(d). Though the present case did not involve a challenge under this ground, Moulder J considered the reasoning under section 68(2)(d) in Margulead applicable to section 68(2) as a whole.

The court in Margulead therefore held that a deficiency of reasoning for the purpose of section 68 could not be equated with a “failure to deal with an argument that had been advanced at the hearing and therefore to have omitted the reasons for rejecting it” but could only mean “a failure to deal with a claim or a distinct defence to a claim advanced”, that is, where the award expresses no conclusion as to the claim or defence advanced.

This was further developed in ABB v Hochtief Airport (cited with approval in The Ojars Vacietis). In the present case, Moulder J gave particular emphasis to the following parts of that judgment:

“… the reasoning set out in support thereof may be unsatisfactory but that is not of itself a serious irregularity such as is mentioned in s.68… It would of course have been happier had the arbitrators made some overt reference, in however summary form, to the issue of… law upon which they had heard such extensive argument. But it is not for this court to tell an international commercial tribunal how to set out its award or the reasons therefor… It is not a ground for intervention that the court considers that it might have done things differently or expressed its conclusions on the essential issues at greater length.”

After consideration of subsequent cases in this line of authority, Moulder J identified UMS Holding Ltd v Great Station Properties SA as the most recent. In this case, Teare J rejected the submission that it was an exceptional case of failing to deal with key evidence such as to amount to a breach of a tribunal’s duty to deal with the losing party’s case fairly.

In the present case, Moulder J drew particular attention to the policy reasons outlined by Teare J for such a narrow construction of section 68: were a court empowered to assess the substantive reasoning of an award, the court would have to evaluate the evidence. This would not be appropriate in a process where the parties have agreed that the assessment of evidence will be for the tribunal as the sole judge of fact. Such scrutiny of a tribunal’s reasons would amount to supervision by the court over arbitrations, thereby frustrating one of the principal purposes of the AA 1996 to limit the court’s intervention in arbitration. Consequently, as Teare J states, “by choosing to resolve disputes by arbitration the parties clothe the tribunal with jurisdiction to make a ‘wrong’ finding of fact.”

Moulder J ultimately considered that Compton did not reflect the correct approach to a challenge for inadequate reasons under section 68. Accordingly, Moulder J declined to follow it, preferring UMS and endorsing the approach of the courts in the earlier decisions on section 68 (other than Compton).

If Compton no longer represents good law, the obvious first question is whether there is any remaining basis upon which it can be argued that deficiency of reasoning in an award can provide grounds for challenge under section 68. The answer seems to be “no”. An applicant can succeed under section 68(2)(d) (a failure to deal with all the issues put) only if the tribunal does not express a conclusion on a specific claim or defence. Provided a conclusion is expressed, there is no remaining scope for a section 68 challenge based on deficiency of reasons.

If the applicant is unsatisfied with the reasons provided, the remedy is to rely on section 70 and ask for reasons. Section 68 requires that the applicant’s procedural right to a reason has caused them injustice; so given section 70, this can never happen. In practice, if the reasoning is seriously deficient then an appeal may lie in law under section 69, if not excluded.

For practitioners it is important to note the difference between reasoning in arbitral awards and court judgments. A judgment can be successfully appealed based on a failure to provide sufficient reasons. As recently stated by Males LJ in Simetra Global Assets Ltd & Anor v Ikon Finance Ltd and others “a court judgment should set out “building blocks of the reasoned judicial process”:

If a judge fails to do so, then an appeal may lie on the basis of a failure adequately to engage with a party’s case.

Parties select arbitration to resolve disputes privately and to have autonomy over the process, but one of the downsides of removing the dispute from the jurisdiction of the courts is that, as stated by Teare J (above), the parties clothe the tribunal with jurisdiction to make a “wrong” finding of fact (or indeed in some cases, law). In other words, the parties take the risk of such an injustice as part of the arbitral process, and the remedy under section 68 is likely to be of very limited assistance in such cases.