The In-House Lawyer Magazine: Knotweed and environmental protection for landowners 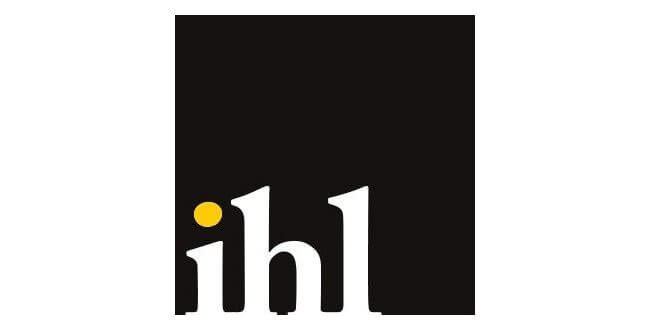 Knotweed (Fallopia Japonica) was introduced to the UK in the 1850s as an ornamental plant and animal feed, and spread rapidly. It can grow three to four meters in a ten-week growing season, and as little as 0.7 grams of rhizome can produce a new plant within only ten days. The rhizomes can spread to a depth of three metres, and seven metres horizontally. For good reason, knotweed is described by the Environment Agency as ‘indisputably the UK’s most aggressive, destructive and invasive plant’.

Under the Environmental Protection Act 1990 knotweed is ‘controlled waste’ which must be disposed of in accordance with proper procedures, including the Environmental Protection (Duty of Care) Regulations 1991. As treatment of knotweed involves the application of herbicides, the Control of Substances Hazardous to Health Regulations 2002 must be followed. Although it is controlled waste, knotweed is not a notifiable weed. While it is not an offence to have knotweed on your land, therefore, under the Wildlife and Countryside Act 1981 it is a criminal offence to plant knotweed or otherwise cause it to grow in the wild. In the case of corporate bodies, such penalties can be imposed on an officer of the company if the offence was committed with that person’s consent or neglect.

Dealing with knotweed may involve digging it up and burying it on or off site or temporarily removing it for treatment off-site, treatment with a herbicide, or a combination of such measures. If it is to be removed, as it is classified as controlled waste all parts of the knotweed and any contaminated soil must be removed and disposed of by licensed waste control operators. Transportation of this material off-site can be very costly, and also risks spreading the knotweed. Alternatively, control of knotweed by treatment by chemicals relies on the death of the extensive rhizome system. This is also very costly and usually must be repeated and continued for several years before effective control is achieved.

Landowners have a duty not to do anything that would cause an encroachment or physical damage to their neighbours’ land, and this may include a positive duty to intervene where encroachment has occurred. If a landowner allows knotweed to spread from his property onto a neighbour’s, then the neighbour will likely be entitled to an injunction obliging the landowner to abate the nuisance. The landowner may be liable in nuisance for any damage caused by an encroachment, and this could be substantial if development is delayed or prevented. What if the knotweed has not yet encroached onto or caused damage to neighbouring land, though?

In Waistell, knotweed had grown on Network Rail (NR)’s land for 50 years or more, but had not caused physical damage to the neighbouring premises. It was in danger of spreading onto the neighbouring land though and, when it spread to within seven metres of the neighbouring land, the owners issued a claim seeking an injunction requiring NR to abate the nuisance, claiming that mortgagees had refused to lend where knotweed was within seven metres of a subject property, therefore reducing the value of their properties.

At first instance the Recorder found that there had been no damage to the claimants’ land and that the mere encroachment by the rhizomes was not actionable; he refused a mandatory injunction, but considered damages in lieu. He awarded the cost of treatment, plus ‘residual diminution’ in the market value of their respective properties. As the claimants were entitled to damages to treat the knotweed to remove the nuisance, the appropriate quantum was the residual diminution once the treatment was completed: £10,000 for Waistell and £10,500 for Williams.

On appeal, the Court of Appeal held that ‘the purpose of the tort of nuisance is not to protect the value of property as an investment or a financial asset. Its purpose is to protect the owner of land… in their use and enjoyment of the land as such as a facet of the right of ownership…’ Thus, the Recorder had been wrong in principle to find that the presence of knotweed, within seven metres of the claimants’ land, was an actionable nuisance simply because it diminished the market value of their properties.

A loss in value is pure economic loss to which damages for nuisance do not extend. They do extend, however, to loss in terms of the use and enjoyment of land. The Court held that the knotweed and its rhizomes ‘can fairly be described… as a “natural hazard”. They affect the owner’s ability fully to use and enjoy the land. They are a classic example of an interference with the amenity value of the land’. Thus, the mere presence of the rhizomes in the soil diminishes the amenity value of the land as it ‘imposes an immediate burden on the owner of the land in terms of an increased difficulty in the ability to develop, and in the cost of developing, the land’.

The Recorder had awarded damages in respect of loss in value of the neighbouring properties (rather than the loss of amenity value) but the question of damages was not remitted to the lower Court because ‘the cost of that exercise would be out of all proportion to the amount of damages in issue’. Consequently, the Recorder’s decision was upheld, but for different reasons to those which he gave.

It will be apparent from the foregoing that if a landowner is aware of the presence of knotweed on its land, and is or ought to be aware of the risk of damage and loss of amenity to neighbouring properties, it may be liable in nuisance. Indeed, the Court of Appeal expressly stated that a claimant might obtain a final mandatory injunction to compel treatment of knotweed, even where there has been no physical damage to the neighbouring property.

Ultimately, the cost of dealing with knotweed may be high, but in view of the fact that the mere presence of rhizomes in the soil might give rise to a cause of action by a neighbour, treatment or removal by licensed contractors will likely be the only safe approach.

It may come as some comfort to commercial landowners, then, that from 1 April 2009 methods of dealing with knotweed which are applied in situ or at off-site treatment centres may qualify for Land Remediation Relief (although methods which involve the removal of material to a landfill site – ‘dig and dump’ – are excluded from the relief). As one might expect, the ‘polluter pays’ principle applies to the removal of knotweed, so that a company which was responsible for planting knotweed on its land, or which finds knotweed on its land but takes no action ‘as soon as practically possible’ thus allowing the infestation to spread, will not qualify for the relief.