An education in selling school land 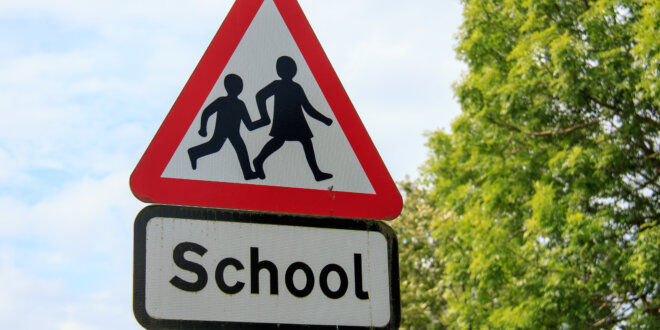 It isn’t often that the senior courts pronounce on the School Sites Acts, so the Supreme Court’s recent judgment in Rittson-Thomas v Oxfordshire County Council [2021] UKSC 13 is welcome. The judgment is essential reading where any local education authority seeks to sell school land that may originally have been donated or sold for educational purposes under the School Sites Act 1841. It also provides useful guidance for the interpretation of older statutes.

The School Sites Act 1841 (“the Act”) allowed for the creation of statutory trusts by which benefactors could donate up to one acre of land for use as a school. Sometimes land donated under the Act was already being used as schools, albeit located on private land; other donations allowed the creation of an altogether new school, often paid for by subscriptions of other charitably minded persons in the locality. Successive legislation resulted in sites originally conveyed under the Act now being owned by local education authorities, or being run as voluntary aided or voluntary controlled Church of England Schools.

The statutory trust created by the Act can take different forms, but must be for one of three prescribed purposes, for example the education of less well-off children in the parish. The key restriction, for the protection of the donor of the land, is what is often referred to as the “reverter clause”, which provides that the land should revert to the donor (or his/her estate) if the land ceases to be used for the relevant statutory purpose. In other words, if a school was established under the act for the education of the less well-off in the parish, but later became a selective fee-paying school with no scholarships, the statutory purpose would be frustrated and the land would revert to the donor’s estate. In 1987, the reverter provision was replaced with an automatic trust in favour of the donor’s heirs.

In addition to the reverter/trust mechanism in the Act, there is provision for the donated land to be sold and the proceeds to be applied to the purchase of a new property, provided that the new property is used for the same statutory purpose as the original land. However, on one reading, this can only happen where the school is still in use as a school on the date that the land is sold. If the land is not used as a school as at the date of sale, the donor’s heirs in Rittson-Thomas argued, the reverter clause is triggered. This reverter would mean that the land is, in effect, no longer the Council’s to sell, and is instead held on trust for the donor’s heirs.

The facts and decision in this case

In Rittson-Thomas, Oxfordshire County Council, which ran the school, had decided to move it to a new site, which the Council owned. The new school was constructed and paid for, in part, with a loan of £1.7m. In 2006 the pupils were moved to the new site and, for all intents and purposes, the school was no longer located on the donated land. In early 2007, the Council sold the original school site for £1.35m and sought to use the proceeds of sale to pay off some of the borrowed funds.

The question for the Supreme Court was whether the reverter clause under the Act was triggered because the school moved the year before the site was sold.

In a clear judgment by Lady Arden and Lord Burrows, the Supreme Court rejected the heirs’ arguments. In doing so, the court found that “a broad and practical approach” was necessary, echoing the words of Lord Walker in another case on the 1841 Act, Fraser (No 2) [2006] 1 AC 377. The court should look at the purpose of the overall statutory regime, which was to provide for education in accordance with one of the three prescribed statutory purposes.

Taking a technical approach to the language would not further the intention of the legislature or the benefactor. To the contrary, the court approved the Law Commission’s view that “grantors would not have wished to recall their benefaction simply because their school was a success and had to move to larger premises” (at [37]).

Applying those principles to the facts, the Supreme Court held unanimously that the reverter was not triggered just because the Council had moved the school prior to the sale of the old school site. Adopting the “broad and practical approach” meant that the Council’s intention was key. The Council had a clear and documented intention, prior to and throughout the construction of the new school and sale of the old site, to use the proceeds of sale to pay for the new school. It was unrealistic to expect children to be using the old school site as at the date of the sale. This would result in a lower value being realised from the sale and would probably be detrimental to the education of the school’s students. It appears that the court considered that, given the purpose of the scheme under the Act, neither the legislature nor the original donor is likely to have wanted to impede either value obtained or children’s education. Relying on a technicality in a rather verbose statute would frustrate its purpose.

The specific lesson is that an intention to use proceeds of sale from a school site subject to the 1941 Act should be clearly and unambiguously documented to protect the proceeds from passing to the donor’s heirs. The more general lesson is that selling school land can be complex, and serious consideration should be given to how it is done in order to avoid unintended consequences.

Other points of note

The court provided confirmation that, more broadly, the use of a purposive approach to statutory interpretation “where possible” was now the well-settled preference (at [33]). More specifically, special care should be taken in strictly construing the “less vigorous” language of pre-1869 legislation. 1869 was the year in which the Office of the Parliamentary Counsel was established, which saw a marked change toward more precise forms of legislative drafting (at [35]). This is the second time this year that the Supreme Court has emphasised this change (see TW Logistics v Essex County Council [2021] 2 WLR 383).

As an aside, given the shortage of authority in this area, anyone interested in this area would be well rewarded by reading the judgment at first instance. Although currently shown on Westlaw as having negative judicial treatment, overturning the Court of Appeal, the Supreme Court stated that they considered the decision in the High Court “to have been an excellent judgment”.

This article was written by David Peachey in May 2021.