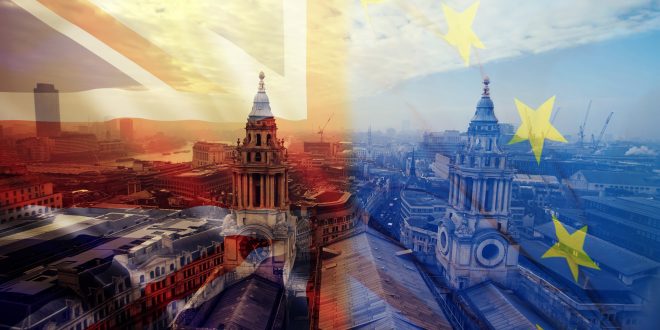 The first respondent (“Koza Ltd”) was a private company incorporated in England in March 2014. Koza Ltd was a wholly owned subsidiary of the sixth appellant (“Koza Altin”), a publicly listed company incorporated in Turkey and part of a group of Turkish companies known as the Koza Ipek Group (“the Group”).  The Group was formerly controlled by the second respondent (“Mr Ipek”).

Mr Ipek and the Group subsequently became the subjects of a criminal investigation and proceedings in Turkey.  As a result, in September 2015, Mr Ipek caused a number of changes to be made to Koza Ltd’s constitution and share structure to protect his control over its affairs.  In respect of the Turkish members of the Group, on 26 October 2015, the existing management of Koza Altin and other companies in the Group were replaced, pursuant to the Turkish Criminal Procedure Code, by trustees empowered to control the affairs of these companies.

These trustees and Koza Altin were the appellants in the present appeal.  Their position in the English proceedings were that the changes made to Koza Ltd’s constitution in September 2015 were invalid and unlawful attempts to entrench Mr Ipek and his associates in control of Koza Ltd.

The trustees thus served notices under the Companies Act 2006 in respect of Koza Ltd on 19 July and 10 August 2016 to remove Mr Ipek and his associates from office.  The first was under s 303 (members’ power to require directors to call general meeting) for the purpose of considering resolutions for their removal and replacement by three of the trustees.  As no such general meeting was convened, the second notice was served under s 305 (power of members to call meeting at company’s expense) to consider those resolutions at a meeting on 17 August 2016.

On 16 August 1016, Mr Ipek and Koza Ltd made an application for urgent without notice injunctions restraining the trustees from convening any meeting pursuant to the notices.  It was contended that the notices were void:

At the hearing, it was further contended that permission to serve outside the jurisdiction was not required because the English courts had exclusive jurisdiction over the whole claim pursuant to article 24(2) of the Brussels Recast Regulation. The judge accepted the submission and granted both the injunction and permission for alternative service.

The present appeal concerned the trustees’ and Koza Altin’s challenge to the jurisdiction.

Article 24(2) of the Brussels Recast Regulation provides as follows:

“The following courts of a member state shall have exclusive jurisdiction, regardless of the domicile of the parties:

(2) in proceedings which have as their object the validity of the constitution, the nullity or the dissolution of companies or other legal persons or associations of natural or legal persons, or the validity of the decisions of their organs, the courts of the member state in which the company, legal person or association has its seat. In order to determine that seat, the court shall apply its rules of private international law; …”

The Court of Appeal agreed.  It found that article 24(2) requires the court to form an “overall evaluative judgment” as to the principal subject matter of the proceedings.  In this case, the Court of Appeal found this to be the “challenge to the ability of Koza Altin to act as a shareholder of Koza Ltd in relation to Koza Ltd’s internal affairs.”  This was so, even if certain parts of the relief sought viewed in isolation appeared to relate to the validity of decisions taken by the organs of Koza Altin.

Koza Altin and the trustees appealed on the basis that the authority claim is concerned with the validity of the decisions of the organs of Koza Altin and that the Turkish courts therefore have jurisdiction.  In holding instead that the authority claim fell within the exclusive jurisdiction of the English courts under article 24(2) of the Brussels Recast Regulation, the courts below gave that provision an impermissibly wide interpretation.

Lord Sales (with whom the other members of the Court agreed) began by reviewing the scheme for allocating jurisdiction under the Brussels Recast Regulation.  The basic rule is that persons domiciled in a member state should generally be sued in the courts of that member state (article 4).  From this general rule, there are certain derogations: (i) special jurisdiction is conferred in certain specified situations (set out in articles 7-23) enabling defendants to be sued in member states other than that of their domicile, with a specified scheme of priority where more than one member state potentially has jurisdiction (articles 29-34); (ii) exclusive jurisdiction is conferred on member states irrespective of the defendant’s domicile in certain specified cases (article 24).

Article 24 was recognised as comprising situations where reasons exist to recognise an especially strong and fixed connection between the subject matter of a dispute and the courts of a particular member states.  As such, the rules of priority are disapplied where a court has exclusive jurisdiction under article 24.  Given also that one of the objectives of the Brussels Regime is to set out ‘highly predictable’ rules governing the allocation of jurisdiction (recital 15), Lord Sales therefore considered that, in principle, there can only be one correct application of article 24 in any given claim.  As a result, the interpretation and application of that provision could not, as considered by the Court of Appeal, depend on any evaluative judgment in relation to which different courts could take different views.

A review of the case law of the Court of Justice further showed that article 24 is interpreted strictly.  In respect of company law claims under article 24(2), it covers only disputes in which a party is challenging the validity of a decision of an organ of a company under the company law applicable or under the provisions governing the functioning of its organs.  Although claims as a whole may well involve several distinct legal actions which are interrelated, it is not sufficient that a claim merely involve some link with a decision adopted by an organ of a company to bring that claim within article 24(2).  The focus of the analysis must be, not how the separate parts and proceedings are related, but the specific nature of the claim against the particular defendant.

Lord Sales therefore considered that, although the English company law claim and the authority claim could be said to be linked in a certain sense, they were nevertheless distinct and capable of being determined on their own terms independently of the merits of the other.  Thus, Koza Altin is a shareholder in Koza Ltd and may act as such. The issue, so far as the authority claim was concerned, is whether it had done so validly, acting by relevant organs authorised according to the law of its seat.  This was clearly Turkey and, had Turkey been a member state of the EU, it would have been conferred exclusive jurisdiction to determine the authority claim under the Recast Regulation.  That Turkey is not a member state did not detract from the conclusion that England could not have exclusive jurisdiction over the authority claim under the Brussels Regime.

This case confirms that, in accordance with EU law, exclusive jurisdiction under article 24 of the Recast Regulation is to be strictly and narrowly interpreted to cover only disputes where the validity of the actions of a company or association are challenged.  For an English company, this will in most cases likely be a dispute to be decided under the Companies Acts or the company’s articles of association.

In some ways, this decision should not be surprising in light of the jurisprudence of the Court of Justice.  It is not insignificant that Lord Sales considered it acte clair that the English courts did not have jurisdiction over the authority claim under the Brussels regime.

Nevertheless, the judgment is noteworthy for the possibility intimated by Lord Sales that jurisdiction could, in theory, have been established on some other basis, such as under the CPR.  If the UK leaves the EU without a deal, it is likely that such domestic bases for the jurisdiction of the English courts in comparable cases, if any such domestic bases exist, will be developed.  From the inverse perspective, it is clear that courts of the EU member states will continue to be bound to decline jurisdiction over claims concerning the validity of decisions made by the relevant organs of English companies, whether or not the UK remains bound by the Brussels regime.