Home > Airbnb and breach of covenant through short-term rental or commercial hire to tourists, business travellers and others

Airbnb and breach of covenant through short-term rental or commercial hire to tourists, business travellers and others 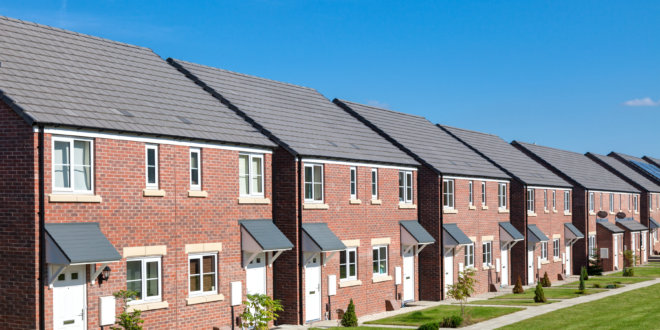 A residential leaseholder may be at liberty to use their flat for short-term rental or commercial hire to tourists, business travellers and others using internet-based websites such as Airbnb. The leaseholder will need to check any relevant statutory provisions, planning control and the terms of the lease. Each case is fact-specific, depending upon the construction of the covenant in its own factual context. This article will focus on the terms of leases and the relevant factual contexts in which the leases were constructed that the courts have found have been breached by using private residential property for short-term hire.

Covenant against use as a business

“… not to use the said premises or any part thereof for any trade or business but keep the same as a private dwelling-house only and not to exhibit any notice plate of name or profession on any part of the said premises.”

The Court of Appeal held in Tendler v Sproule [1947] 1 All ER 193 that by taking in paying lodgers, the leaseholder was in breach of the covenant not to use the premises for any business and the covenant to keep it as a “private” dwelling house. In Nemcova v Fairfield Rents Ltd [2016] UKUT 303 (LC), the Upper Tribunal held that it was important to consider the meaning of the words used in the lease in their fact-specific context by taking due account of the documentary, factual and commercial context of the words of the relevant clause. It was held that the fact that  Tendler involved a Rent Acts tenancy was an important consideration and that, in a context in which the property must be used by the tenant for their own occupation in order to retain their security of tenure, the covenant must be taken to prohibit the taking in of lodgers on a commercial basis.

Covenant requiring use as a private residence

“Not to use the Demised Premises or permit them to be used for any illegal or immoral purpose or for any purpose whatsoever other than as a private residence.”

“[I]n order for a property to be used as the occupier’s private residence, there must be a degree of permanence going beyond being there for a weekend or a few nights in the week … [W]here a person occupies for a matter of days and then leaves it can [not] be said that during the period of occupation he or she is using the property as his or her private residence. The problem in such circumstances is that the occupation is transient, so transient that the occupier would not consider the property he or she is staying in as being his or her private residence even for the time being.”

In Bermondsey Exchange Freeholders Ltd v Ninos Koumetto (as Trustee in Bankruptcy of Kevin Geoghehan Conway) [2018] 4 WLUK 619, HHJ Luba considered the interpretation of several clauses in the context of a 999 year lease. The freeholder had obtained an injunction order preventing the tenant from using the flat as short-term accommodation for paying guests. HHJ Luba upheld the decision below on appeal. His decision is not binding at county court level but will, no doubt, have persuasive force.

Covenant against parting with part of the property

Sub-clause 1 of clause 2.10(1) in Bermondsey Exchange Freeholders was in the following terms:

“Not at any time to assign, sub-let or part with possession of part only of the Demised Premises.”

This phrasing relates to use of “part only” of the premises. Therefore, a leaseholder letting out the whole of the premises for short term lets or commercial hire is unlikely to be found to be in breach of this type of covenant in a long lease.

Covenant against parting with or sharing the whole of the property

Sub-clause 2 of clause 2.10(2) in Bermondsey Exchange Freeholders was in the following terms:

This clause could be breached by parting with or sharing possession of the whole of the property or by allowing other persons to occupy the property, other than by way of assignment or underlease of the whole. The clause is wide enough to cover both unauthorised leases (where exclusive possession is provided) and unauthorised licences (in which a permission to occupy by sharing is given).

Dealing first with the first part of the clause:

“Not to part with or share possession of the whole of the Demised Premises.”

HHJ Luba considered whether a letting with Airbnb involved a parting with possession or a sharing of possession. Given that the Airbnb advert was for the “entire home/flat”, there was cogent evidence that the flat had been occupied by others by arrangements made by the defendant at a time when he was not occupying it. A lease including covenants with broad terms, such as clause 2.10(2) prohibiting sub-leasing, assigning the lease, granting any licence to occupy all or part of the leased premises or otherwise parting with possession without the landlord’s prior consent, is likely to be upheld by the courts as preventing sub-letting or licensing without the landlord’s consent and avoids the need to characterise the nature of arrangements like the Airbnb arrangements of the whole of a flat as a sublease or licence.

Turning to the second part of the clause:

“Not to … permit any company or person to occupy the same save by way of an assignment or underlease of the whole of the Demised Premises.”

HHJ Luba also considered whether a letting with Airbnb could “sensibly” be interpreted as falling within the occupation of other persons permitted within the covenant. In his persuasive decision, HHJ Luba held that the use of the word “company” suggests that what is prohibited is a commercial arrangement and not a personal one. Therefore, a leaseholder would be able to have a partner or family member live there on an informal basis.

Covenant against alienation without consent

Sub-clause 3 of clause 2.10(3) in Bermondsey Exchange Freeholders was in the following terms:

“Without prejudice to the absolute prohibitions hereinbefore contained not to assign or underlet the whole of the Demised Premises without the prior written consent of the Landlord.”

This clause would be breached by failure to obtain prior written consent to let through Airbnb. It, however, requires a finding that the flat has been “let” as opposed to being licensed to the short-term guest. Whether or not there has been a “let” will involve consideration of whether the presumption in Street v Mountford [1985] AC 809 that the provision of exclusive possession of premises to another for a period and for payment for that period constitutes a letting. HHJ Luba considered at paragraph 57:

“Neither the short duration of the arrangement, nor any notional provision for ‘services’ (such as leaving the flat stocked with material from which to assemble a breakfast or other meal), nor reservation of a right of entry, nor any combination of those features, displace that presumption from applying to an Airbnb-style arrangement.”

This issue of whether an Airbnb arrangement is a letting or licensing is, however, likely to be subject to further court consideration.

Covenant requiring use as a residential flat

Clause 2.4 in Bermondsey Exchange Freeholders was in the following terms:

Letting through Airbnb is likely to be considered as not using the property as a residential flat in the context of a private residential development of flats let on long leases with common terms. HHJ Luba held that clause 2.4 is breached when the flat is not being used as a residential flat but as short-term temporary accommodation for transient visitors paying for such use by way of commercial hire.

While the courts have made it clear that each case is fact-specific and that it is essential to construct each covenant in its own factual context, some guidance can be obtained from looking at how the courts have interpreted leases in similar contexts. The way that the courts will interpret the requirement to use a social housing tenancy as a private residency will therefore differ from the likely interpretation of a long leasehold tenancy. Care will, however, need to be taken because, even if a lease allows for sub-letting to take place, the leaseholder will still need to discern whether this can only be to a longer-term tenant or to short-term rental or commercial hire to tourists, business travellers and others through the use of internet-based websites such as Airbnb.

This article was written by Morayo Fagborun Bennett and was first published in Thomson Reuter’s Practical Law Property Litigation Column.