Home > Abuse of process? Res judicata and collateral attacks on prior decisions after Allsop v Banner Jones Ltd and another

Abuse of process? Res judicata and collateral attacks on prior decisions after Allsop v Banner Jones Ltd and another 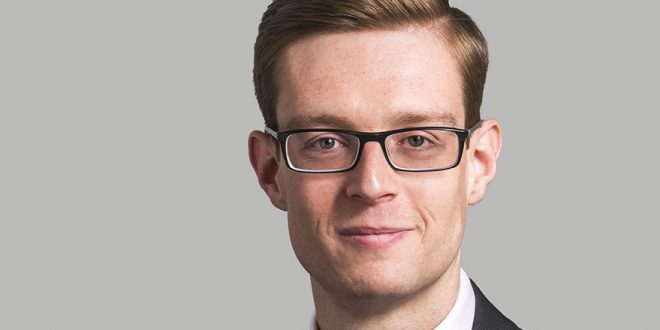 In Allsop v Banner Jones Ltd and another, the Court of Appeal considered the application of Phosphate Sewage v Molleson to applications to strike out a claim on the basis of abuse of process. The decision is a detailed exploration of the scope of the doctrines of res judicata, collateral attacks of previous decision and abuse of process. As such it is valuable reading to litigators generally and particularly those in the field of professional negligence.

The claim concerned professional negligence allegations against solicitors and counsel in respect of their preparation ahead of, and representation of the claimant at, a financial remedies hearing in matrimonial proceedings. There were numerous allegations, the details of which are not significant for the purposes of this article, but suffice it to say that the allegations covered the full gamut of professional negligence allegations in litigation, including failures in preparing the evidence in advance of the hearing, failures to advise in respect of strategy, failures of advocacy at the hearing and failures to advise the claimant to appeal.

At first instance, various allegations within the claims were struck out by HHJ Pearce as being either an abuse of process or as having no real prospect of success. (As per paragraph 13(vi) of the appeal judgment, the judgment did not draw set out which allegations were struck out on which basis.)

The claimant appealed, in respect of abuse of process on the basis that the judge wrongly applied the test in Phosphate Sewage in concluding that various claims constituted an abusive collateral attack on the financial remedies judgment.

In addressing the relevant grounds of appeal, Marcus Smith J (giving the sole judgment, with which Lewison and Arnold LJJ agreed) engaged in a broad analysis of the scope of the principles of res judicata and collateral attacks on previous decisions, before considering the application of the Phosphate Sewage test and the approach taken at first instance by the judge.

Res judicata applies to decisions of a tribunal “with jurisdiction over the cause of action and the parties, which disposes, once and for all, of all the fundamental matters decided, so that, except on appeal, they cannot be relitigated between persons bound by the judgment” (paragraph 21, judgment).

There are two categories of exception to the principle of res judicata, whereby a party who would otherwise be estopped is permitted to challenge the decision in other litigation: where the party seeks to have a judgment set aside because it was fraudulently obtained (Takhar v Gracefield Developments Ltd); or, pursuant to the ratio in Phosphate Sewage, where new facts come to light that fundamentally change the complexion of the case:

“As I understand the law with regard to res judicata, it is not the case, and it would be intolerable if it were the case, that a party who has been unsuccessful in a litigation can be allowed to re-open that litigation merely by saying, that since the former litigation there is another fact going exactly in the same direction with the facts stated before, leading up to the same relief which I asked for before, but it being in addition to the facts which I have mentioned, it ought now to be allowed to be the foundation of a new litigation, and I should be allowed to commence a new litigation merely upon the allegation of this additional fact. My Lords, the only way in which that could possibly be admitted would be if the litigant were prepared to say, I will shew you that this is a fact which entirely changes the aspect of the case, and I will shew you further that it was not, and could not by reasonable diligence have been, ascertained by me before.”

The court therefore concluded that Phosphate Sewage could have no direct application to a case of an alleged collateral attack. However, it went on to consider the principles on applications to strike out on the basis of abuse of process. From a detailed analysis of the law in the area the court distilled the following points:

Finally, for present purposes, the court reasserted that, for the reasons given by Lord Hoffmann in Hall & Co v Simons, it is generally preferable to consider whether a claim or allegation should be struck out for failing to disclose a reasonably arguable case, before the question of abuse is considered (paragraph 47(iii)).

The court went on to consider other grounds of appeal and whether those allegations which were not abusive ought to be struck out in any event by reason of having insufficient prospects. Those points are beyond the scope of this article.

The decision in Allsop provides useful clarity on the principles in relation to collateral attacks on previous decisions. In particular, it means that defendants to professional negligence claims arising out of the conduct of civil litigation will be unable to defeat the proceedings as abusive, and will need to engage with the merits of the case levelled against them.