A Refresher Lesson in Contract Law 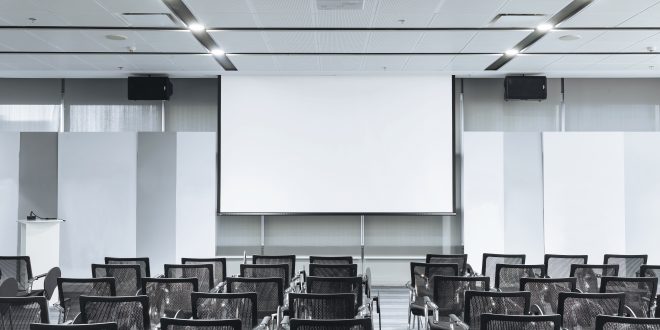 The Court of Appeal clarifies (i) the requirements for inducement where a party seeks to rescind a contract for fraudulent misrepresentation, and (ii) when a contracting party may claim losses sustained by a third-party following breach of contract under the principle of transferred loss.

The Claimant (‘NIVE’), was a Dutch supplier of egg products which had contracted with the Defendant (‘Rembrandt’), a US company, to supply various products at set prices per kilogram. Due to unanticipated regulatory costs, the Claimant shortly after proposed a price increase of €2.50 per kilogram “after thorough calculation,” sending a cost calculation of €2.59 increase per kilogram.   The Defendant thereafter agreed the increase of €2.50 and a new contract was entered into, reflecting this agreement.

Within one month of shipments commencing, NIVE informed Rembrandt that some of the products contracted for would be supplied by NIVE’s sister company (‘Henningsen’) and  Rembrandt agreed.  However, shortly after, Rembrandt suspended performance, alleging that, in breach of contractual warranty, the products supplied did not comply with US regulations.

NIVE thereafter commenced proceedings for loss of profits in respect of both the products supplied by Henningsen and NIVE’s own products.  Rembrandt defended the claim on the same breach of warranty, and additionally, on the ground that the second contract had been procured by fraudulent misrepresentation regarding the basis upon which the price increase had been calculated.

The trial judge found that NIVE was not in breach of US regulations but that both the proposed cost increase and cost calculation were false representations; each had been calculated by reference to some element of profit, not merely the unanticipated regulatory costs.  Further, in law, the burden of proof was on NIVE, as the fraudulent representor, to show that, if the representation had not been made, Rembrandt would still have made the second contract.

The judge further held that NIVE could not claim losses suffered by Henningsen because, on the facts, the principle of transferred loss did not arise.

Two issues were raised on appeal: (1) the requirements as to inducement in cases of fraudulent misrepresentation, including where the burden of proof lies and what needs to be proved; (2) whether if a contract of sale is performed partly by the seller and, with the buyer’s consent, partly by a non-contractual party, the contracting party can recover for both its own losses and those of the non-contracting party if the buyer subsequently refuses to perform.

Having reviewed the 19th century and modern authorities, the Court of Appeal found that the judge had taken the wrong approach to the burden of proof.  The correct principles applicable to inducement in cases of fraudulent misrepresentation were as follows:

(i) the burden of proof lies on the representee to show he has been materially “influenced” by the fraudulent representations in the sense that they were “actively present to his mind.”  The representations need not be the sole cause for his decision to enter into the contract; if material, “in this field the court does not allow an examination into the relative importance of contributory causes.”

(ii) there is an evidential presumption of fact (not law) that a representee will have been induced to act on a fraudulent representation intended to be acted upon, and that inference will be “very difficult to rebut.”  There is no requirement in law that the representee should state he would not have made the contract but for the misrepresentation.

In the present case, although there was evidence that Rembrandt might have agreed the increase in price had the representation not been made, it was not sufficient to rebut the presumption that Rembrandt had been induced by the fraudulent representation. The first appeal was therefore dismissed.

In respect of transferred loss, the Court of Appeal began by confirming that, although Henningsen belonged to the same group of companies as NIVE and the two sibling companies often traded with one another, when NIVE and Rembrandt entered into their supply contract, NIVE had never communicated an intention that Henningsen would supply some of the products. Also, when Rembrandt agreed to accept products from Henningsen, Henningsen supplied as sub-contractor without any rights or liabilities under NIVE’s contract with Rembrandt.

For the principle of transferred loss to arise in these circumstances, the classic authorities on third party rights held as essential that, at the time of the contract between NIVE and Rembrandt, there was a common intention and/or a known object of the contract to benefit Henningsen, or a class to which Henningsen belong, as a third-party. At the material time, Rembrandt was not even aware that Henningsen existed, let alone that it might benefit from the contract with NIVE.  The transferred loss appeal was therefore dismissed.

Second, knowledge or common intention at the timing of contracting that the contract is to benefit a third party is essential to recovery under the principle of transferred loss. Here, practitioners are further reminded that this principle remains an “exception to a fundamental principle on the law of obligations” designed to avoid a ‘legal black hole’ whereby the only person entitled to claim damages has not, in fact, suffered any loss.  Where, therefore, the third party would have a direct right of action in respect of the same loss, the principle of transferred loss will not arise.