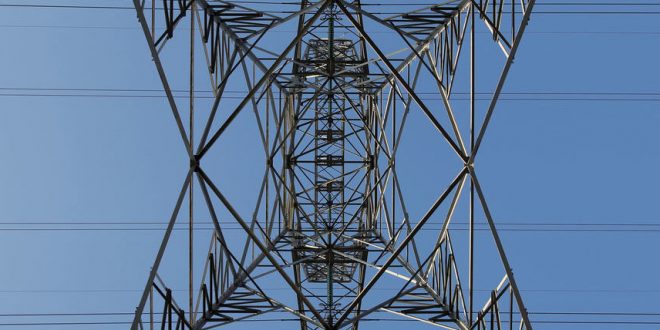 Late last month, judgment was handed down in Network Rail Infrastructure v ABC Electrification Ltd. A decision of Joanna Smith QC, sitting as a deputy judge of the High Court in the TCC, Network Rail is of interest not only as an example of meticulous contractual analysis, but as a case that highlights the manner in which bespoke amendments to an ICE Target Cost contract can have a profound impact on the operation of the Target Cost mechanism.

The proceedings and the contract

In Part 8 proceedings, Network Rail sought declarations as to the proper interpretation of a contract with ABC. The material contract was a novated and varied contract for works that incorporated the terms of the ICE Conditions of Contract, Target Cost Version, First Edition (ICE Conditions), which were subject to a schedule of amendments (the NR12 amendments). The underlying works were, in sum, to carry out electrification works for Network Rail.

ABC’s entitlement to payment under the contract was based in part on the “Total Cost” that ABC incurred in carrying out the works less any “Disallowed Cost”, with Total Cost meaning:

“… all cost (excluding Disallowed Cost and items covered by the Fee) incurred by the Contractor for the carrying out of the Works.”

The question posed here was the proper meaning of “Disallowed Costs” and, in particular, the meaning of the word “default”, as set out in clause 1(1)(j)(iii) of the Contract, which provided:

Notably, the words in capitals (including default) had been inserted by the parties into the ICE Conditions as part of the NR12 amendments.

Network Rail’s construction was straight forward, namely that “default on the part of the Contractor in his compliance with any of his obligations under the Contract” included any failure by ABC to comply with its obligations under the contract. Default was, or included, a failure to fulfil a legal requirement or obligation. That interpretation was said to be based on the plain and obvious meaning of the language used.

ABC’s construction was more complex. It was that (i) when viewed against the background of other relevant contract clauses; (ii) when consideration was given to the overall purpose of clause and of the contract (specifically here a Target Cost contract); and (iii) when regard was had to commercial common sense, it was said to be plain that “default” was intended to carry a narrower meaning. Here, “default” meant:

“… if, and only insofar as, the default constitutes a wilful and deliberate failure to comply with his obligations under the Contract.”

Much rode on the true interpretation of clause 1(1)(j)(iii). Completion of the works was very late and, in an interim assessment of sums due to ABC, Network Rail had categorised various sums (totalling over £13 million) as Disallowed Cost, on the basis that they were incurred due to ABC’s breaches of contract in failing to complete the works with due expedition, without delay, and by the time for completion.

The judge agreed with Network Rail and found that Disallowed Cost in clause 1(1)(j)(iii) included any cost due to any failure by ABC to comply with its obligations under the contract. In reaching her conclusion, the judge accepted Network Rail’s submissions that, on a proper application of those principles of construction explained recently by the Supreme Court in Rainy Sky SA v Kookmin, Arnold v Britton and Wood v Capita, the word “default” in this clause carried its natural and ordinary meaning.

In a painstaking deconstruction of ABC’s contended construction, the judge weighed up, among other things:

A point for reflection emerges from ABC’s argument that the parties’ “apparent intention” in entering into a Target Cost contract (containing as it does the Target Cost mechanism) was that the risk of cost increases, due to, for example defective work, was to be shared between them. Further, it was argued that if the parties’ intention was that Network Rail should escape from all risk of increased costs resulting from a failure to carry out the works in an economic and efficient manner, that would negate the contract’s pain/gain share mechanism (and could not have been intended).

In the event, the argument ignored, fatally, the fact that (as the judge found) on the proper interpretation of clause 1(1), the parties’ actual intention was that ABC was intended to bear the risk of its own breach of contract.

ABC’s argument unwound, but the argument throws into relief the fact that bespoke amendments to the ICE Conditions (such as those made by the NR12 amendments) can serve to shift the distribution in risk found in the ICE Conditions significantly in favour of one party or the other (here the employer). An unintended side effect of such an amendment is that it could change the incentive structure and feasibility for performance under a Target Cost based contract.

So, once again, the fact of (and facts of) the case serve as a timely reminder that parties should consider with care the full implications of any amendments – word by word – that are made to the substance of a standard form contract. The repercussions may extend far further than a party might have foreseen.

This article was first published for Practical Law’s Construction blog.